Michael turned 3 at the end of January.  I went up to the 'burbs to celebrate.  As soon as I walked in the door, Michael took me into the kitchen to show me his birthday sign from day care.  They wrote "Happy Birthday, Michael!" really big and surrounded it with all the kids' names from his class.  Michael pointed to it and said, "The big ones are ME!" (meaning that the big letters were his name).  So cute!

Michael is a three year old going on seven, only because he wants to do everything his big brother does and he doesn't like being hampered by his age or size!  He is in that stream of consciousness stage, where he talks non-stop from morning until bedtime.  It doesn't matter if anyone is listening or if anyone is even in the room.  He can talk to himself or his stuffed animals, etc.  On Saturday, before his party, we opened family presents.  I wish I could have taken a video of him helping me open my presents on my birthday and him opening his presents on his birthday just to compare the two. Where he tore into my presents without caring what was in them, he painstakingly peeled each piece of wrapping paper off his own presents, as if he was savoring the experience. 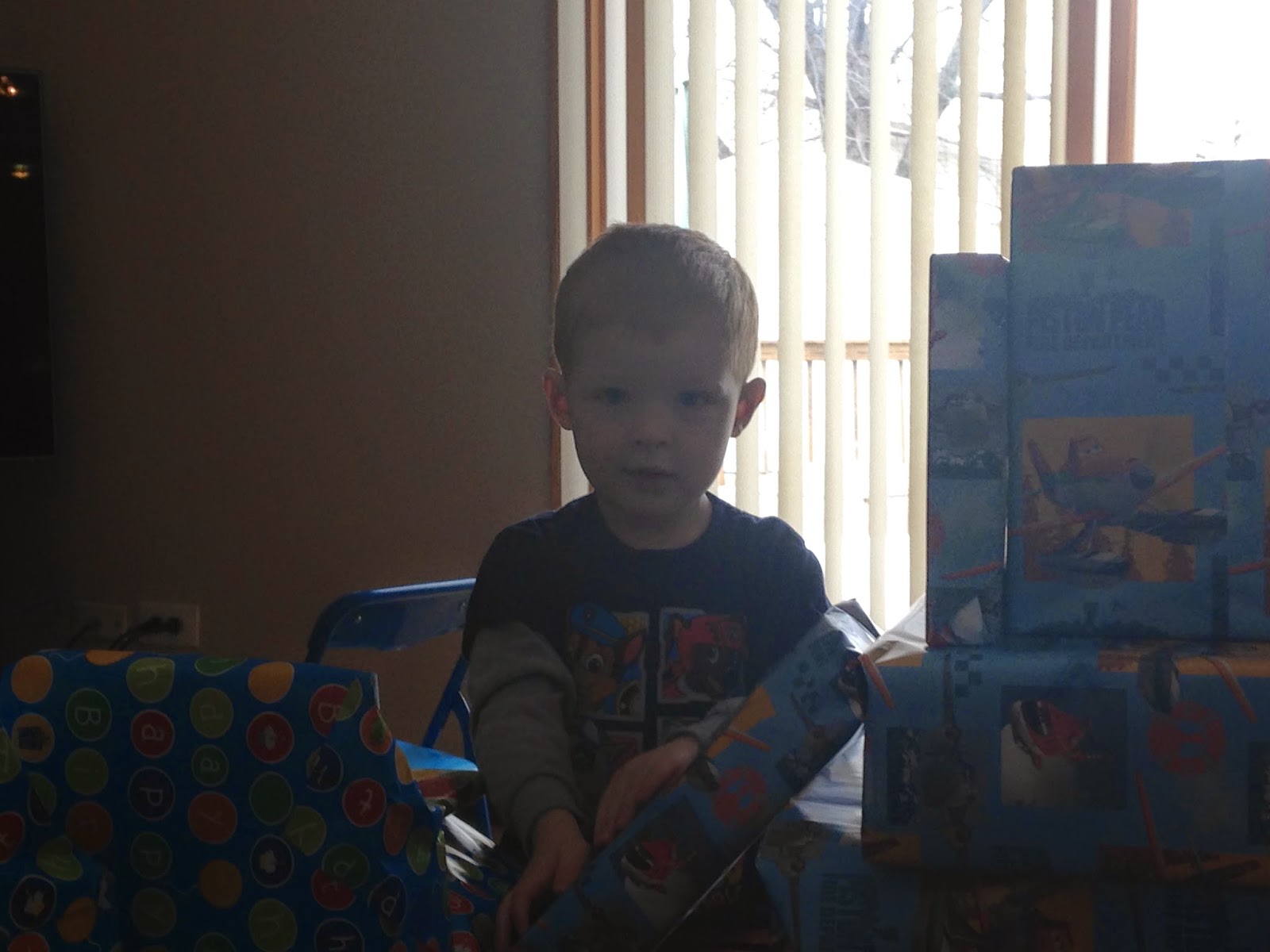 Beginning on his pile o' presents. 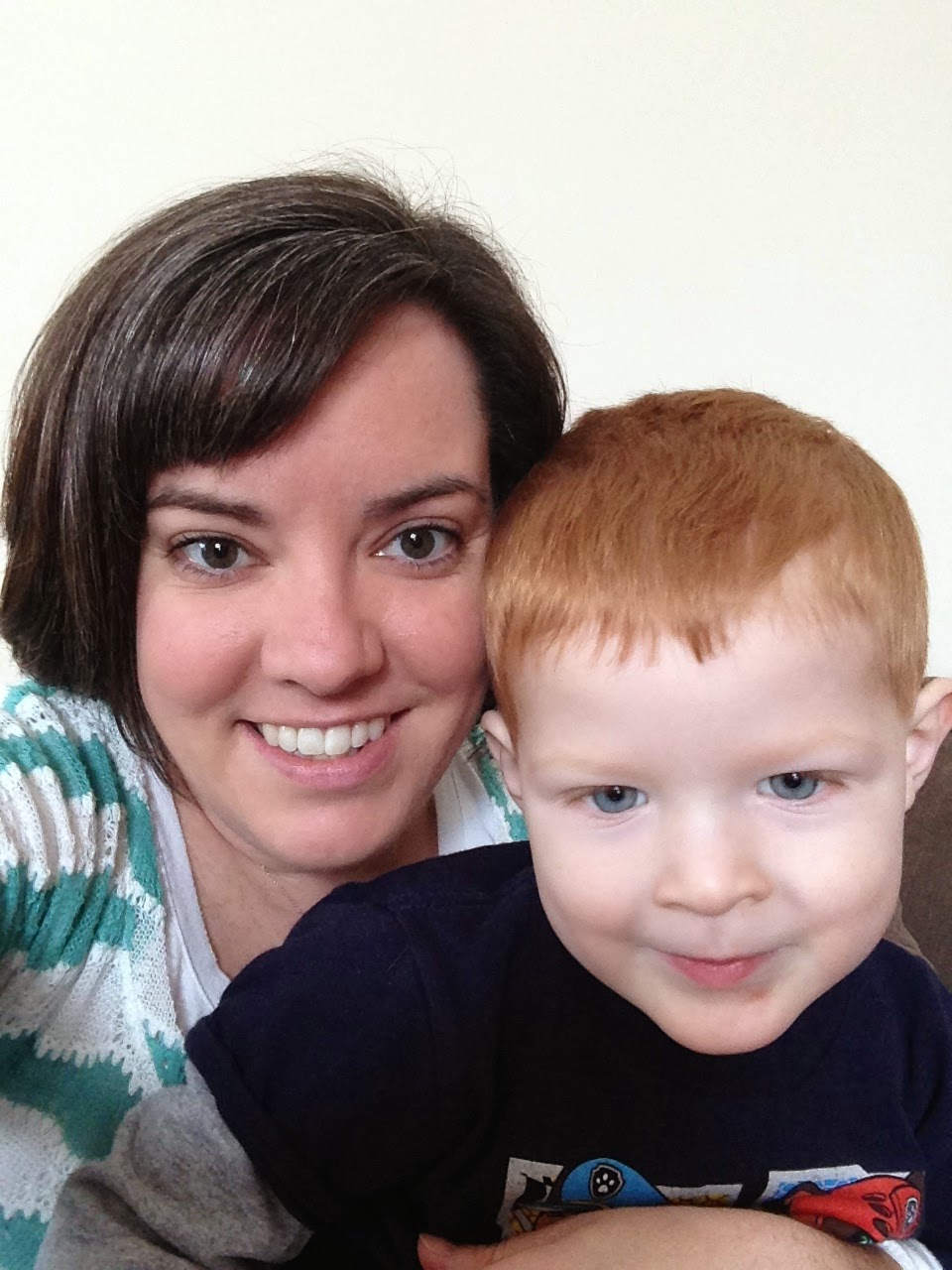 He stopped for a quick selfie with Aunt Teresa! 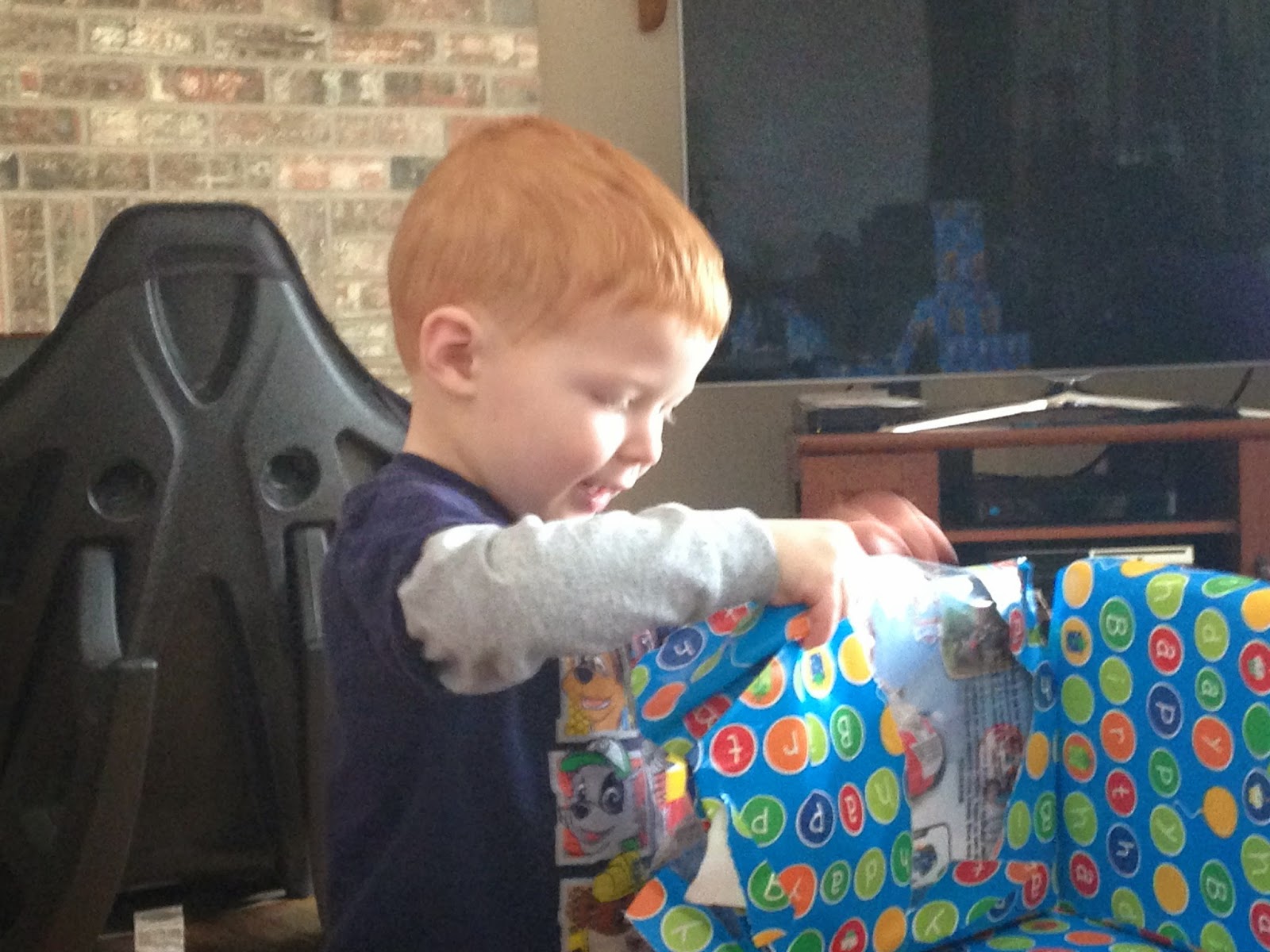 His expressions were great. 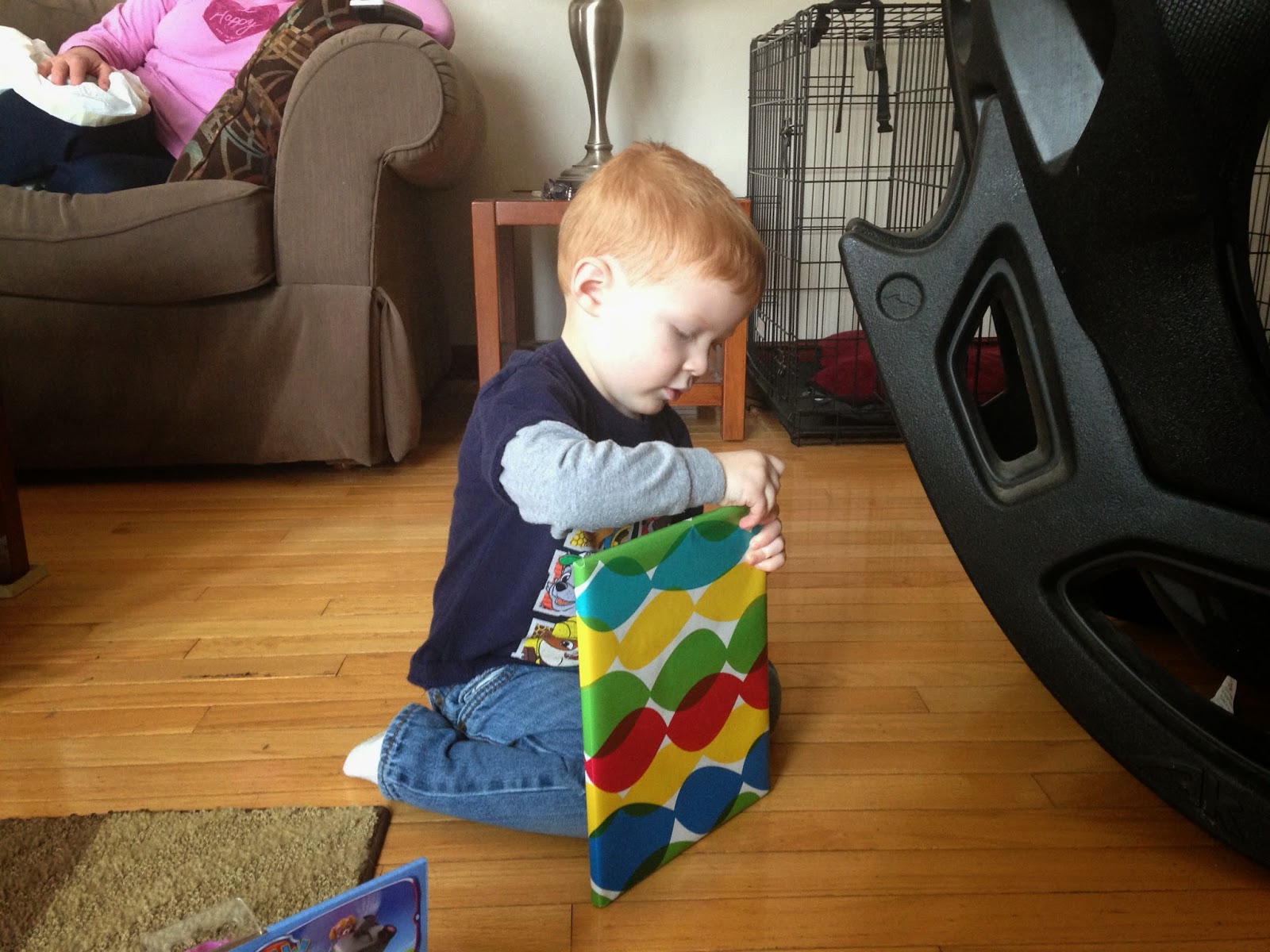 Although he started taking the presents off the table and turning his back on everyone as he opened his presents.  Luckily, I was smart and moved to where I could still see him. 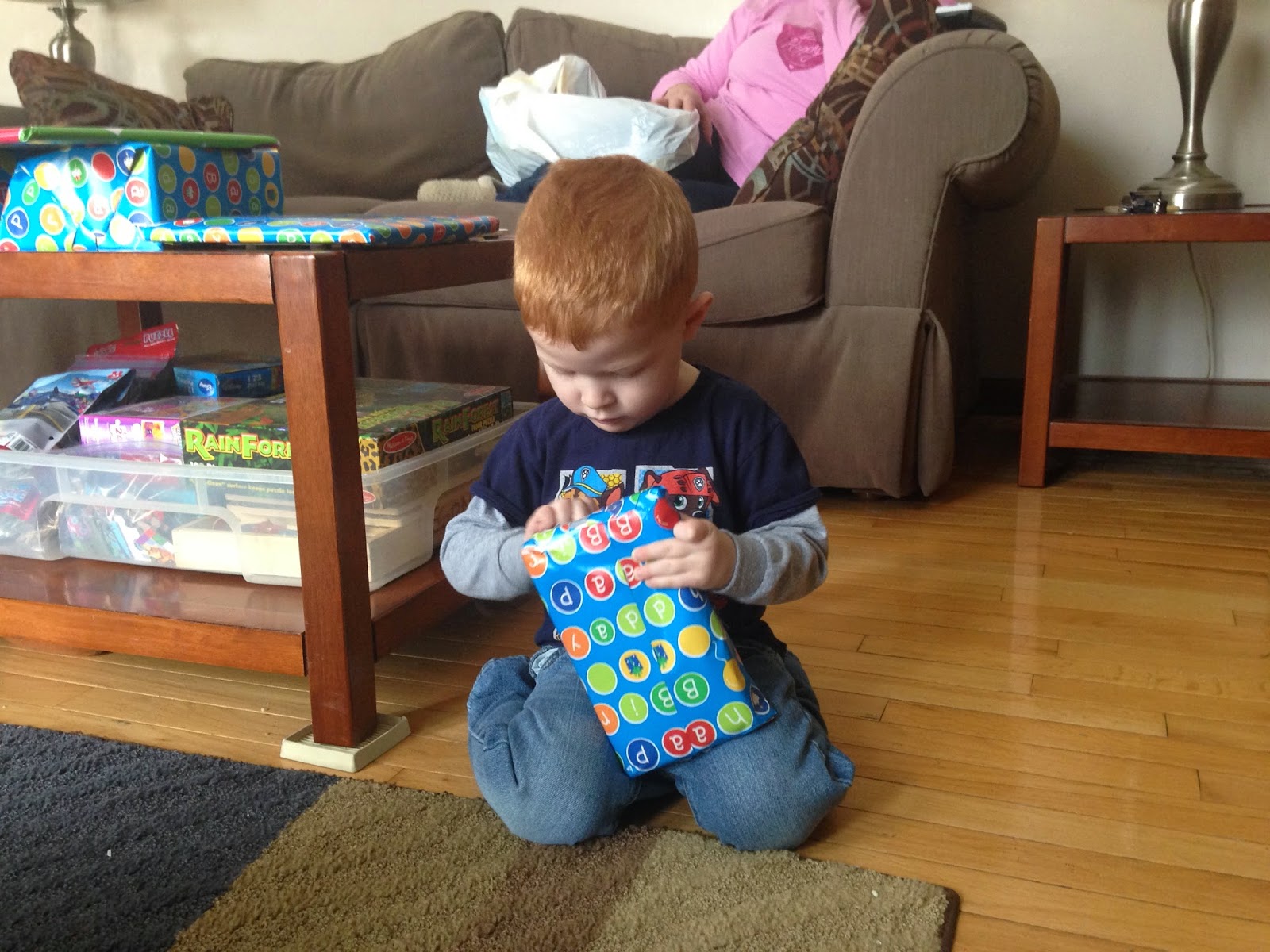 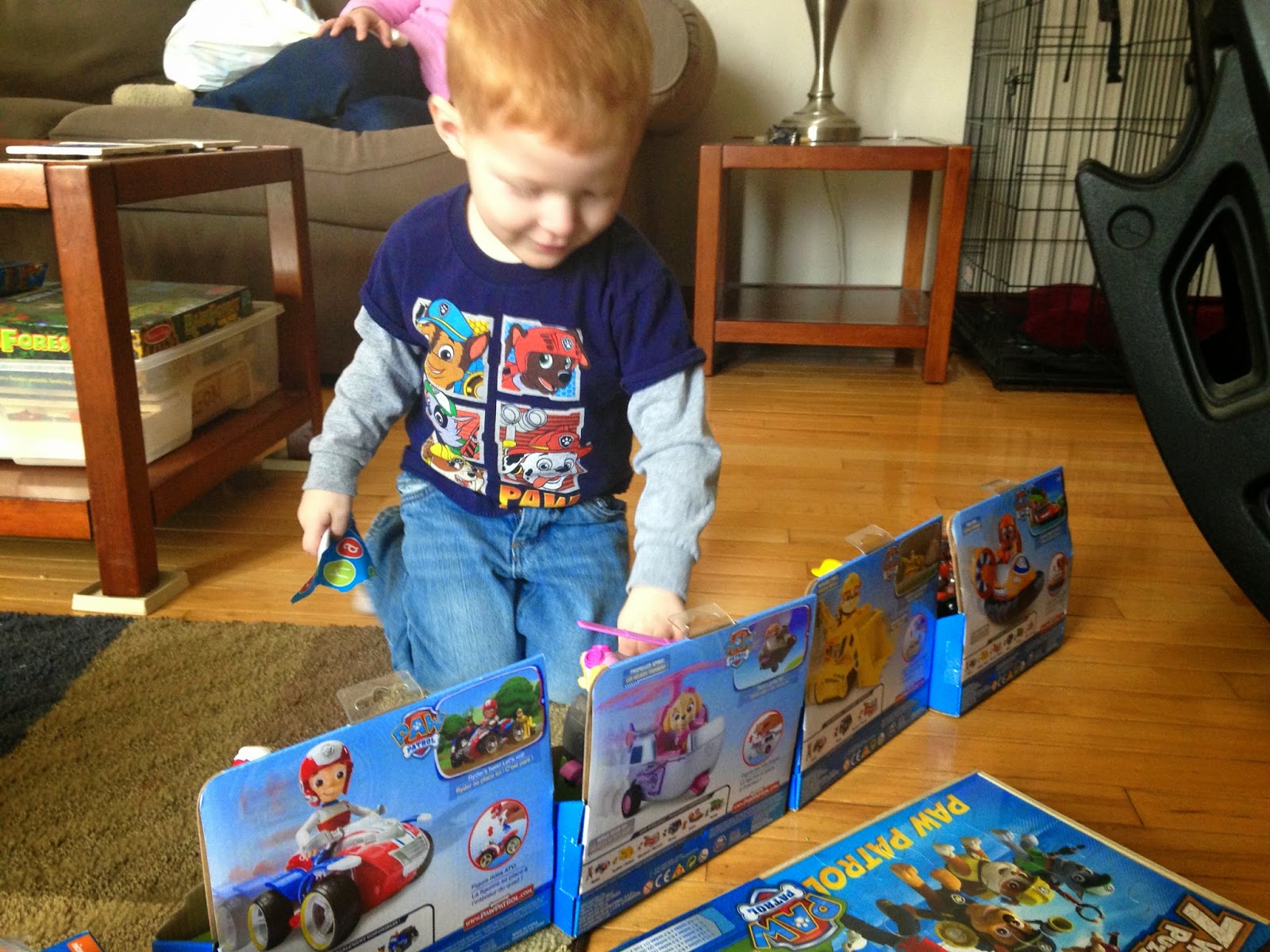 And then he lined each present up on the floor. 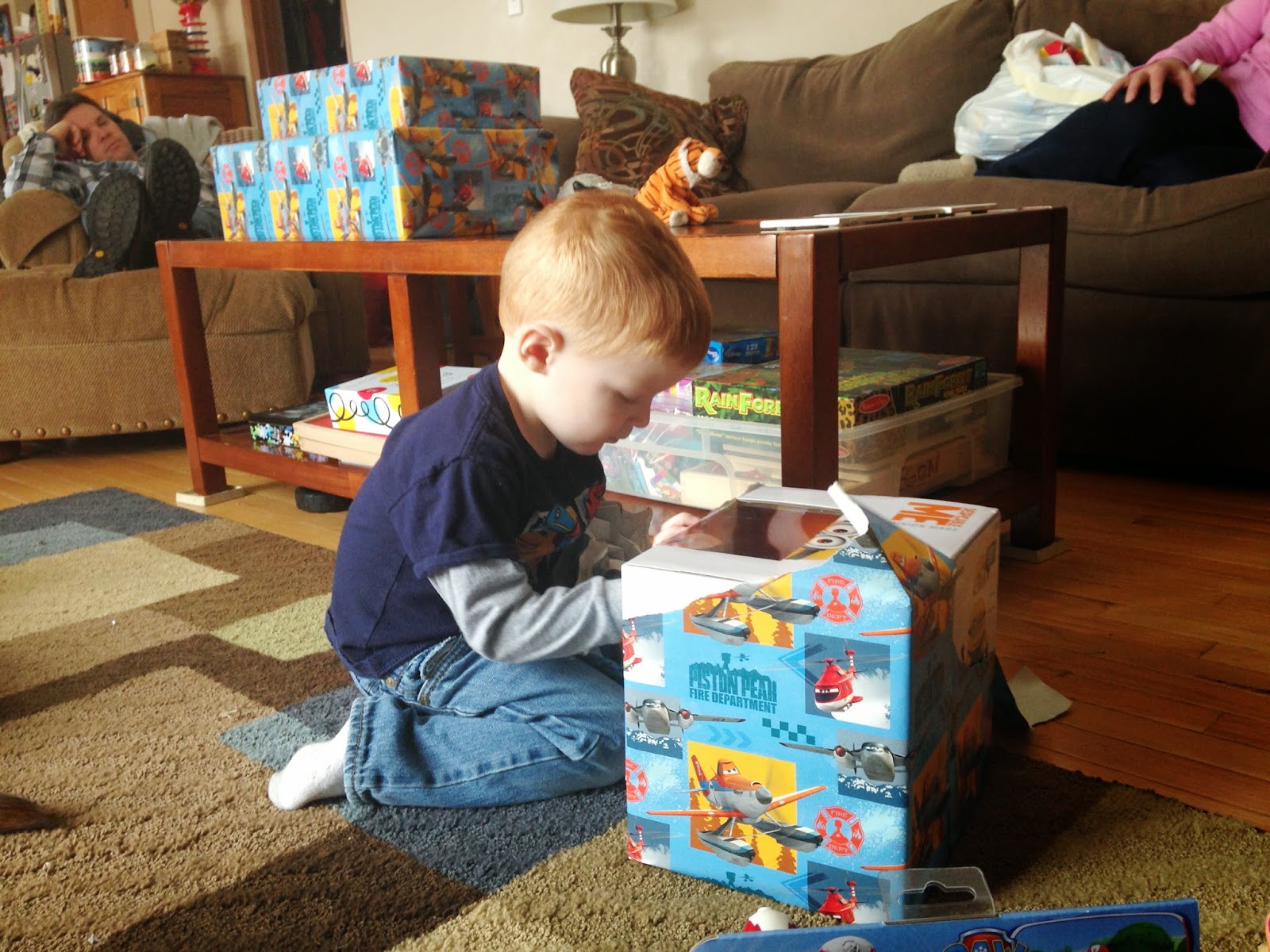 Carefully tearing each piece of paper off.  Even when he could have looked to see what the present was, he wouldn't look until he was finished with the paper. 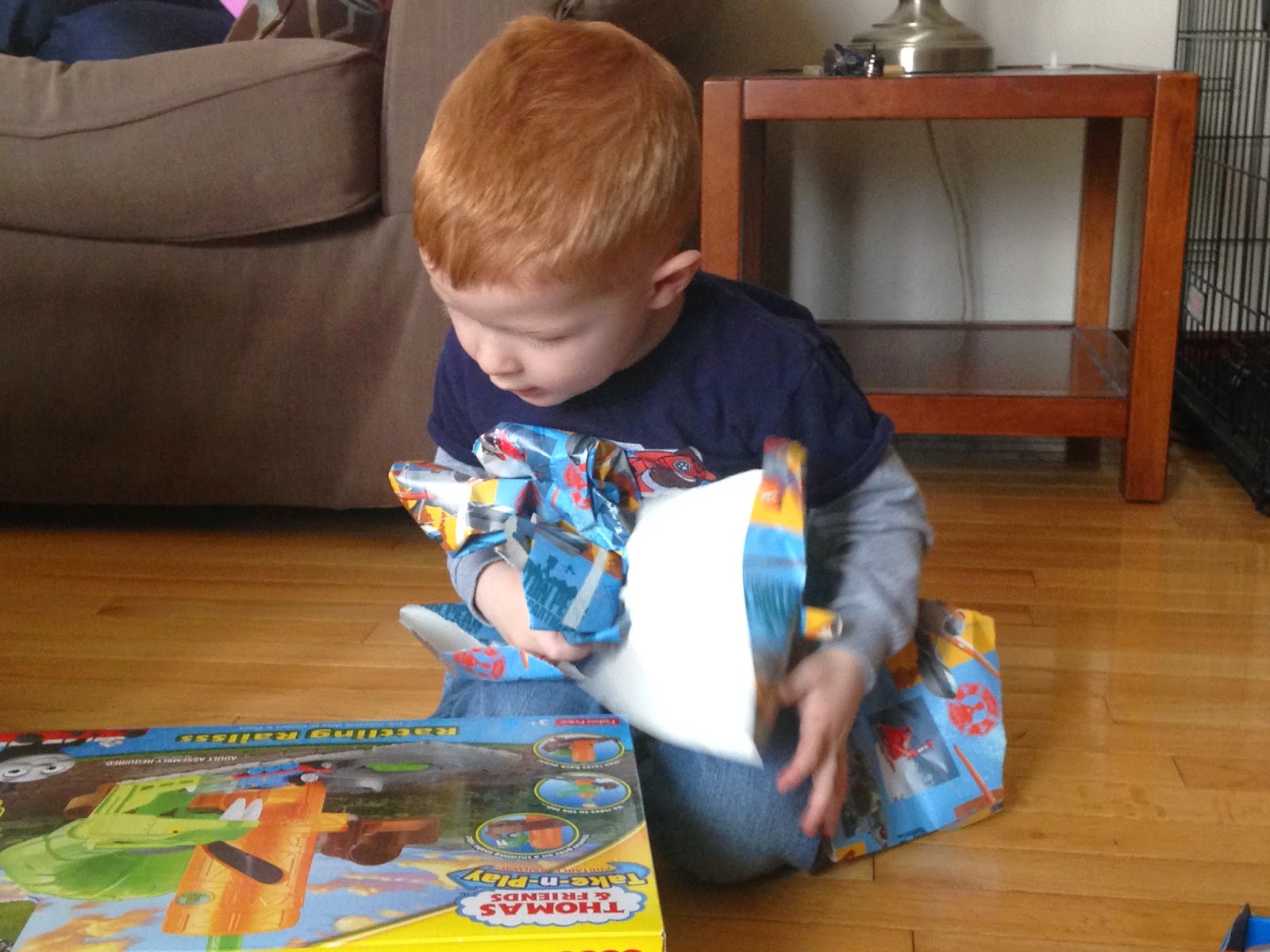 You can't really tell what he is doing in  this picture, but he was absentmindedly gathering the paper in his arms as he was looking at his present.  Because he could not leave even a scrap of paper on the floor.  He picked each piece up and took it to Grandma to throw away.  So funny.  Cleanest three year old birthday I have ever witnessed! Looking through the periscope from the lookout of his new Paw Patrol tower.

Saturday afternoon was Michael's birthday party at this toddler play place.  It gets rented out just for his party, so it was just Michael, some cousins, and some friends from day care.  The kids all had a lot of fun 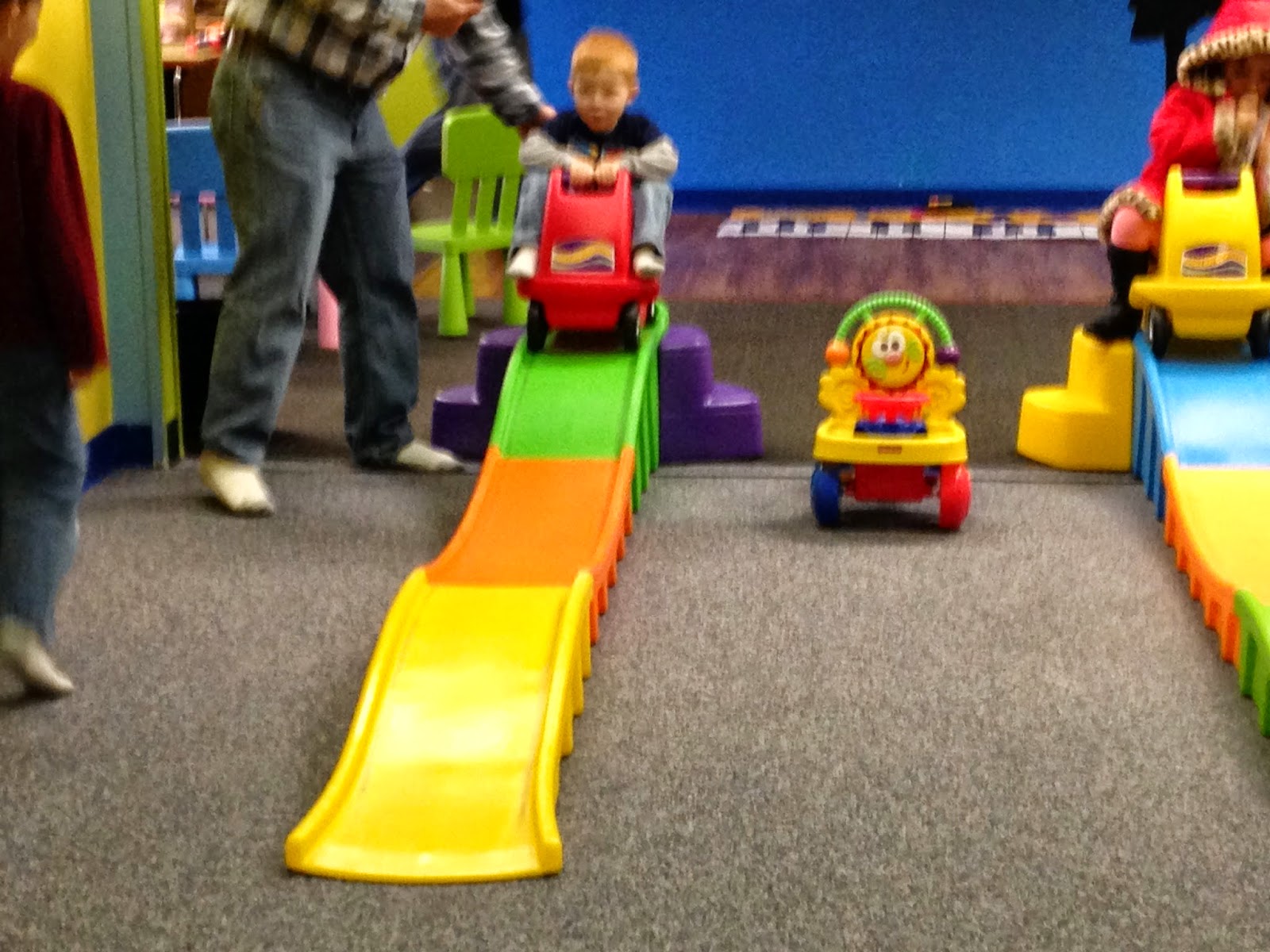 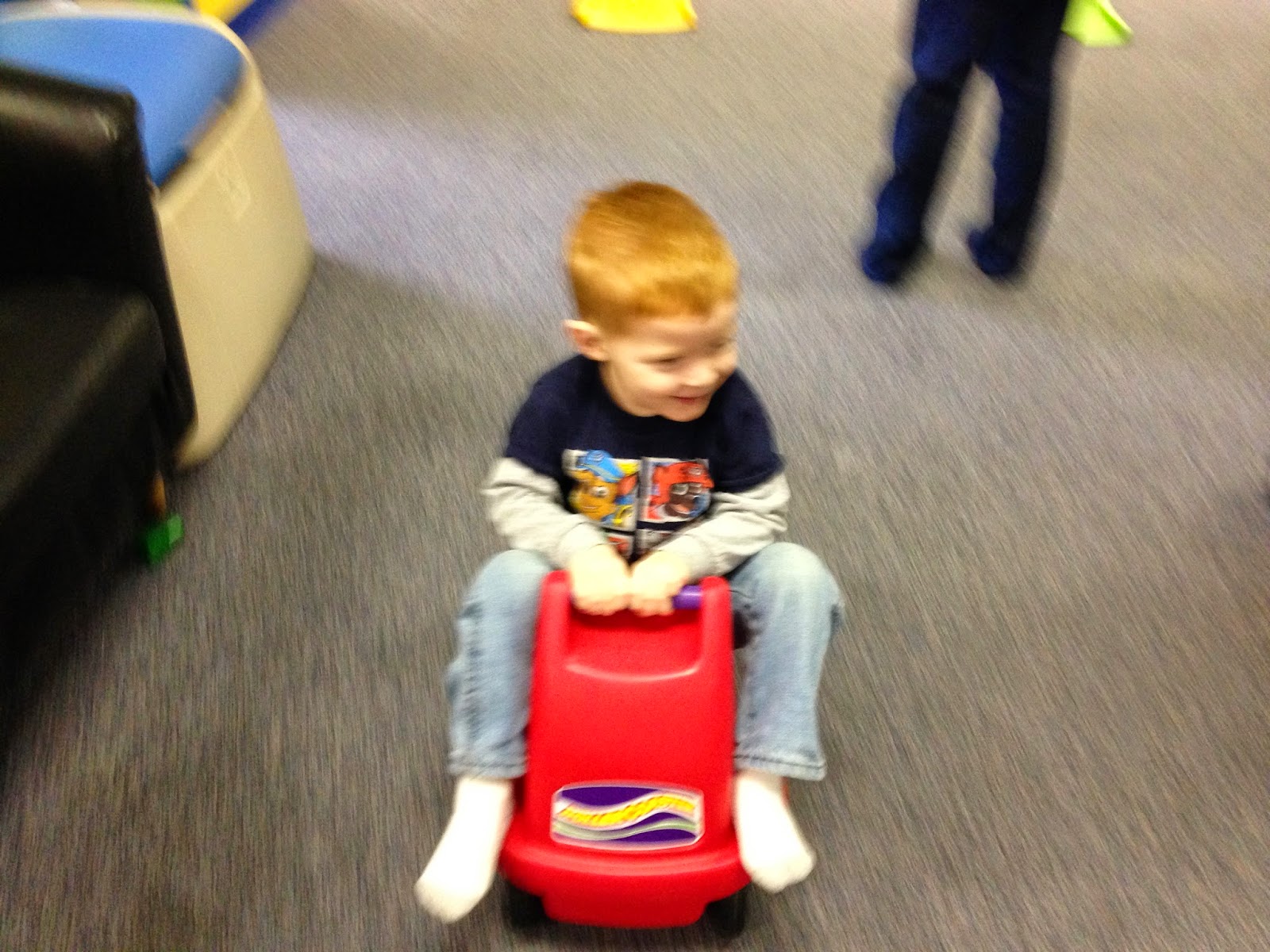 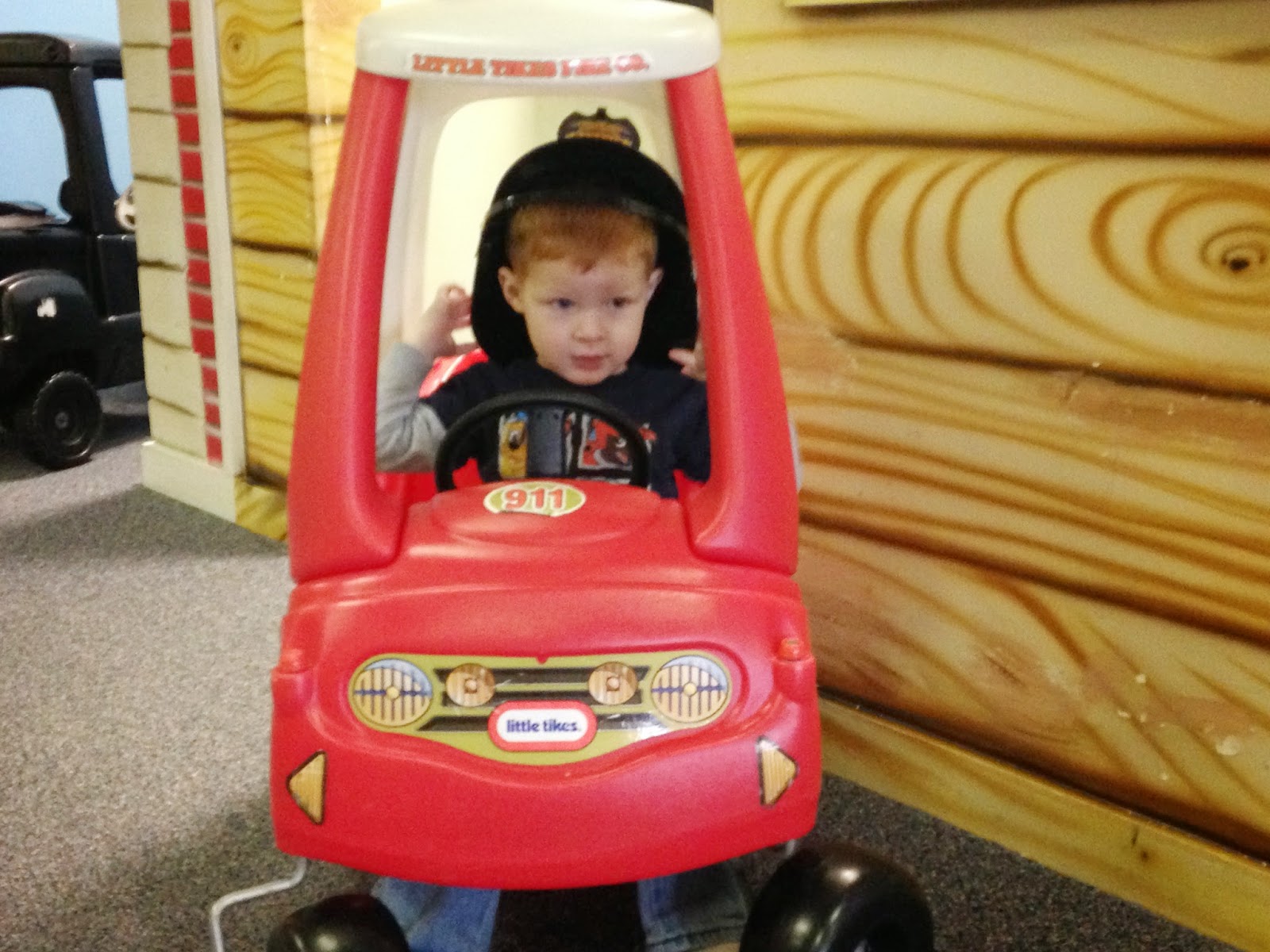 Fire Marshal Michael!  These are the only pictures of Michael I took at the party because I got distracted talking with family.  But I couldn't help but corner John in jail and take a few of him.  He was pretty camera shy that day.  I believe one of the captions on Ann's Facebook pictures of John from that day said, "John is literally screaming, 'I don't want to be on Facebook!'" as she took his picture!  Such a ham, even when he is avoiding the camera! 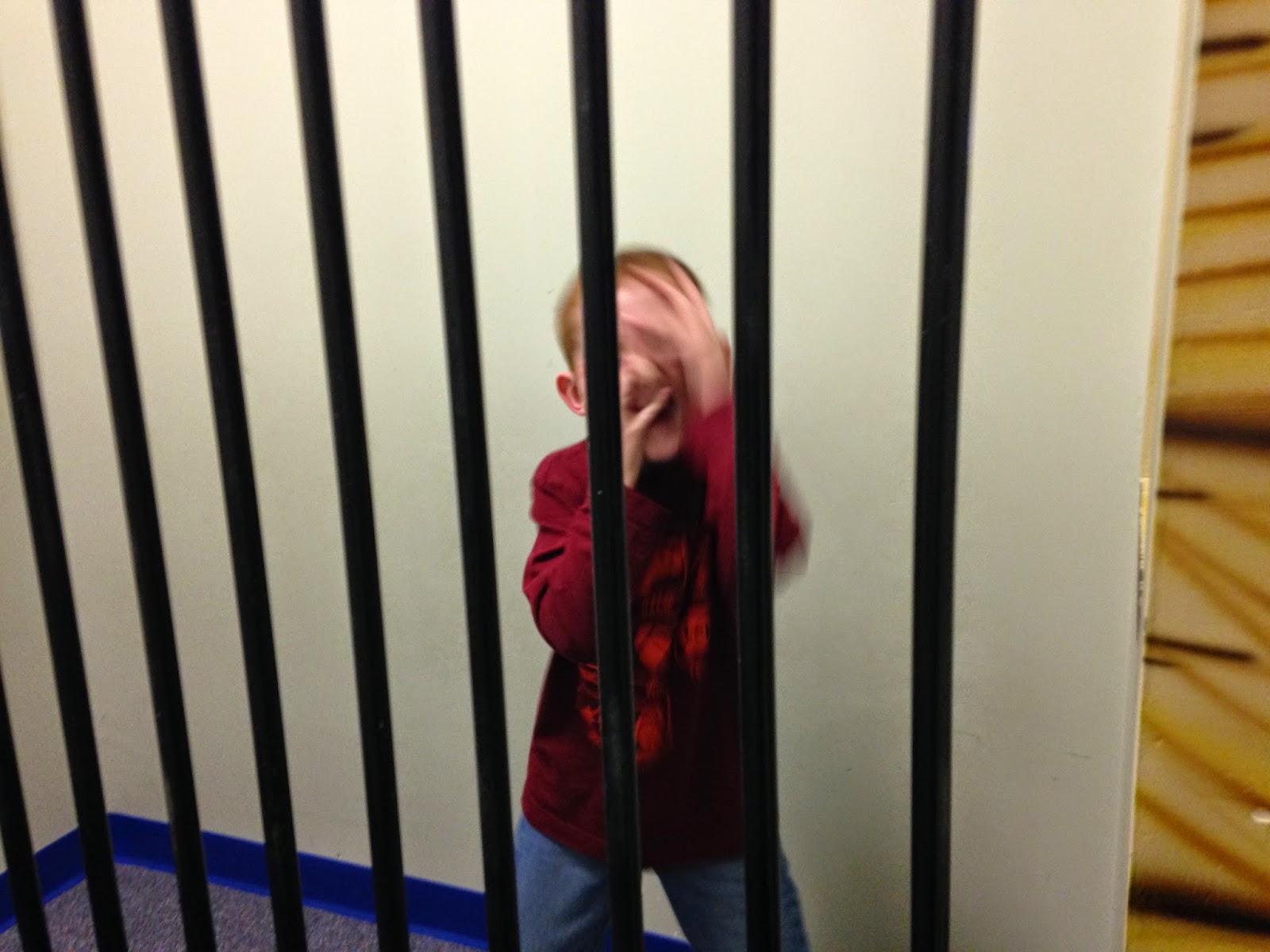 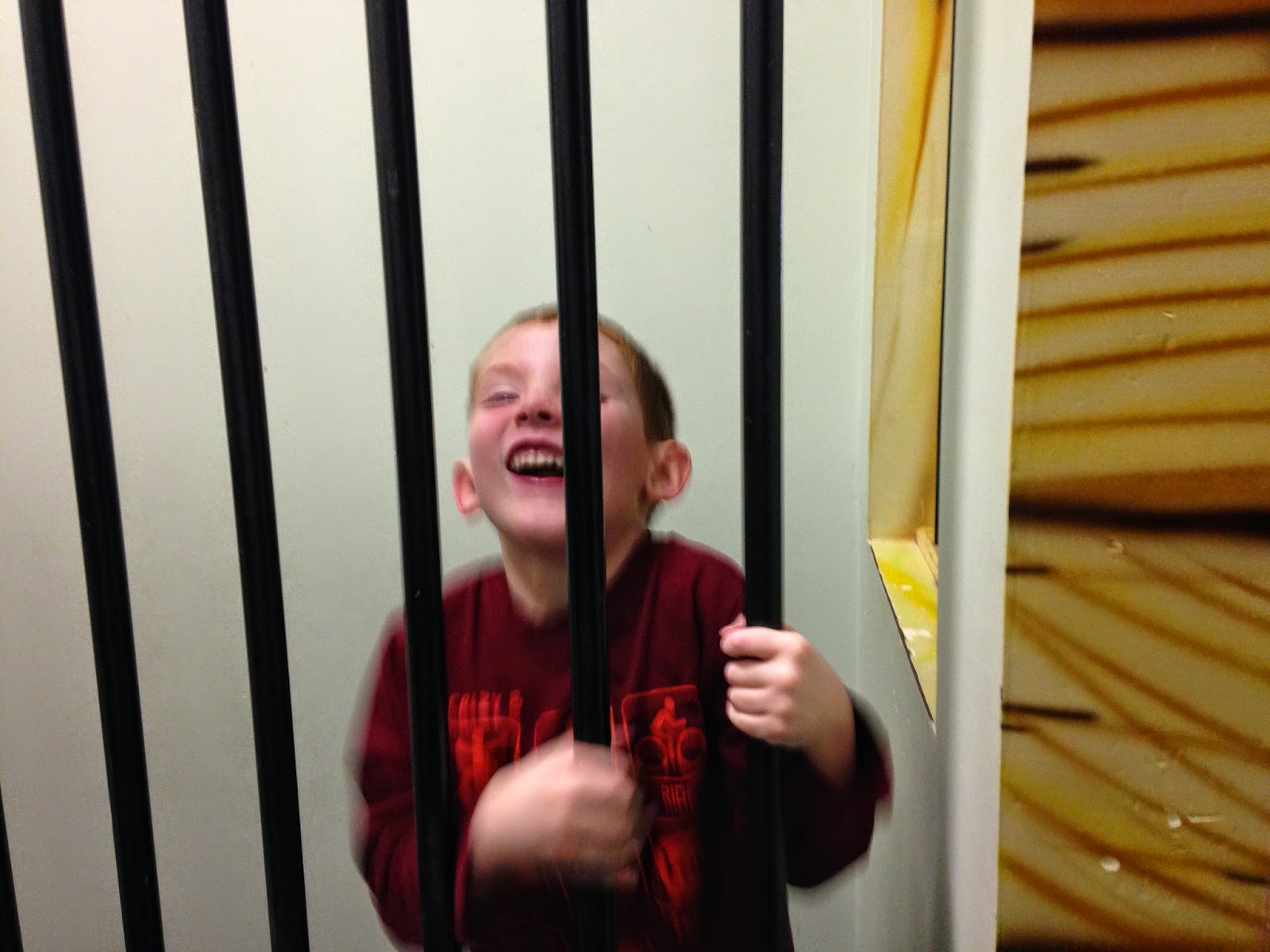 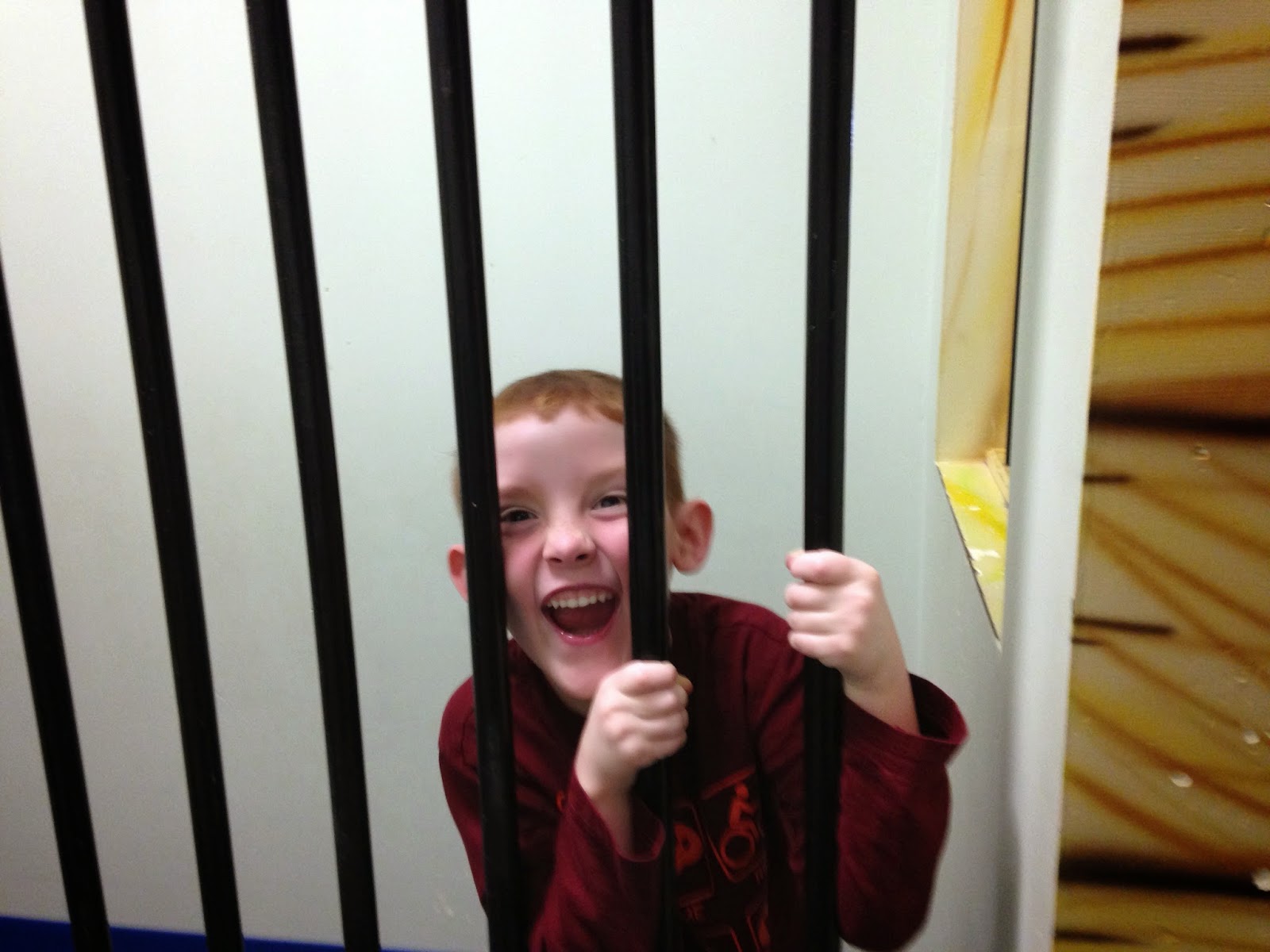 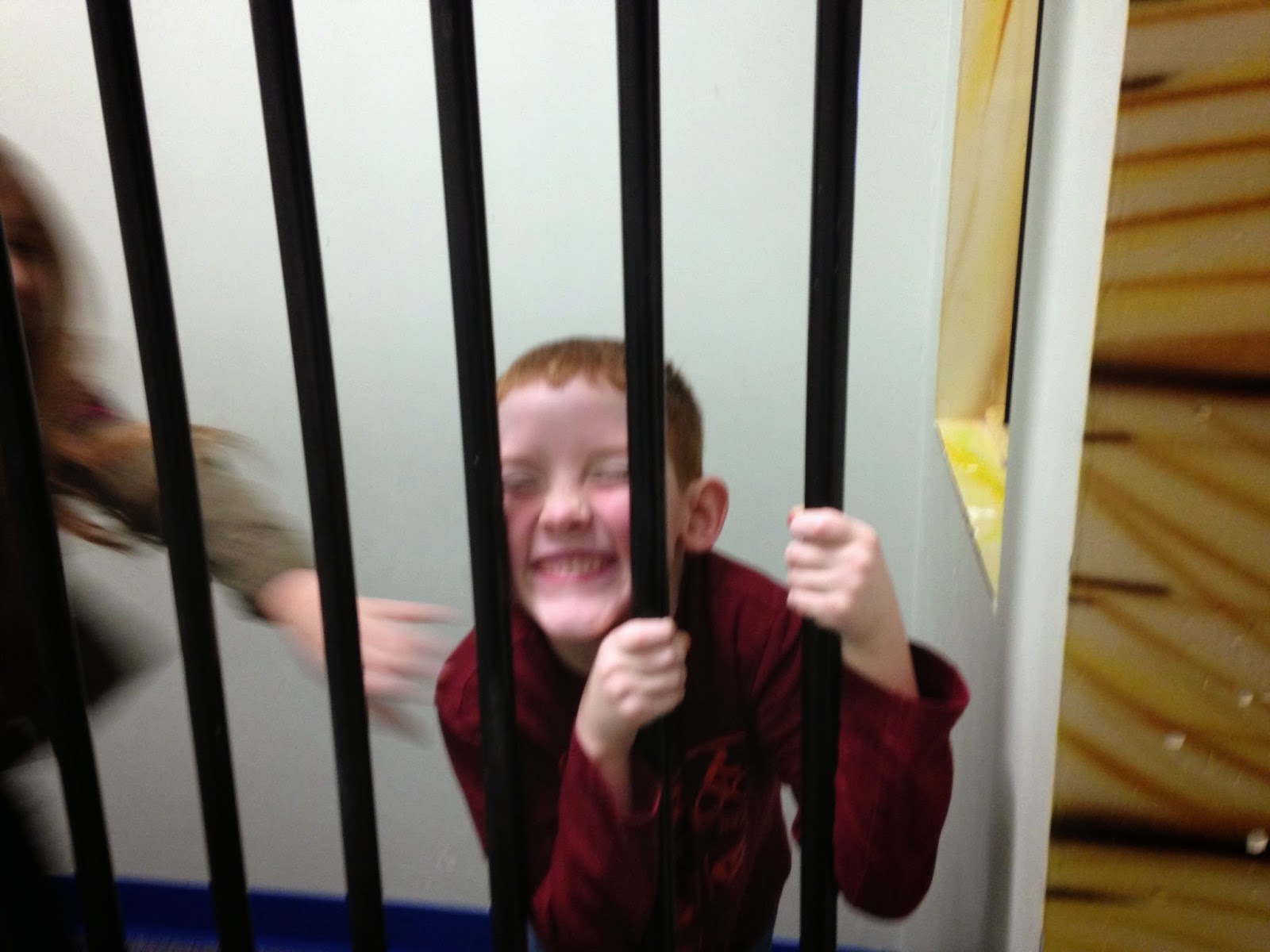