Let the Games Begin/Day One of Prince Growing 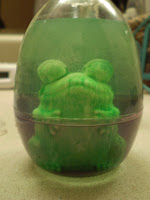 Here is the very beginning stages of the frog turning into a prince, just one minute after the water was added. 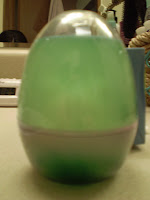 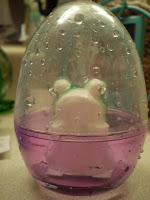 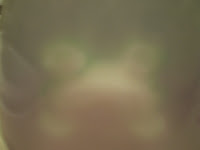 8:36pm. A freaky picture, bu if you look closely, the frogs eyes are hollow. 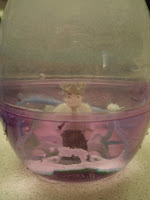 8:52pm. I found the prince! Another rinse of the water revealed the cute little guy. Now for the growth to begin! 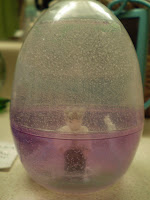 10:20pm. Last picture before bed and uploading. He doesn't seem to have grown at all since his big reveal! Maybe he's a little shy.
Posted by Teresa at 10:32:00 PM

I hope he treats you well!! What is his name?

I think I'm waiting to see what he looks like before I name him : ).