Hanging out with High Schoolers

I was able to tag along to Tanners with Emily and her some of her small group girls. I was excited for two reasons: One: I was determined to make it to Tanners this year and I really wanted to do the corn maze (which closes at the end of October). Two: I love when I get invited to hang out with Emily's small group because they are a fun group of girls. Only some of them were able to make it, but we still had a blast! 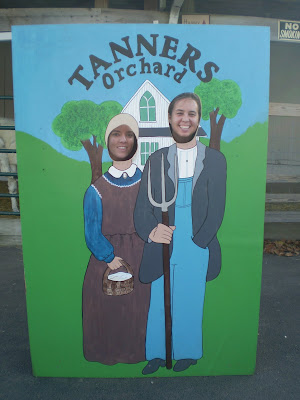 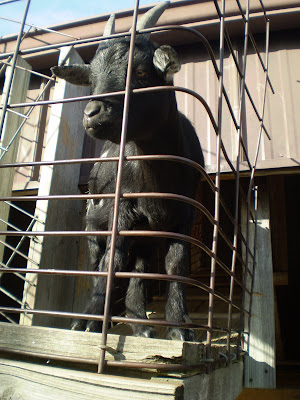 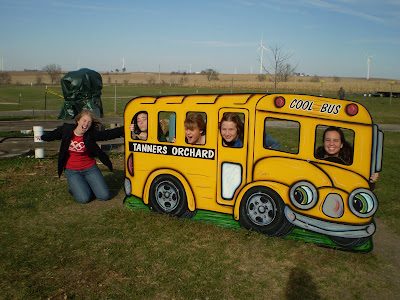 We were on our way to the corn maze, but it took a while to get there because we had to stop and play a lot! The girls are showing their personalities in this picture!
The girls decided we should race through the maze, so we decided to divide into two teams. Emily and I were "captains. The established rule was that we could only stay on the real paths of the maze, which is really difficult at this time of year, because people create shortcuts to get to the checkpoints. My team won. We didn't take pictures during the race, because, well, we were racing. No time to stop and smell the roses! 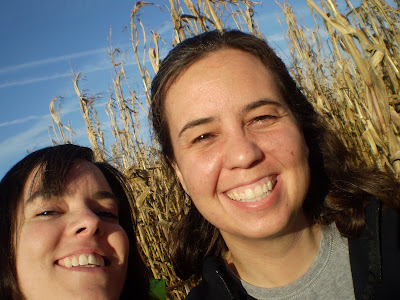 A really bad roommate self-portrait. My arms are just not long enough! :) 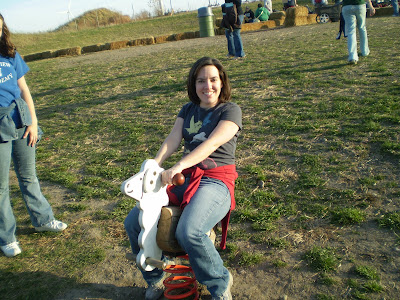 The girls really wanted to play on the playground (which, I'll admit, is a really cool playground!) but we told them no at first because it cost money to get in. However, they asked and we didn't have to pay, so we played quickly because it was almost time to go! 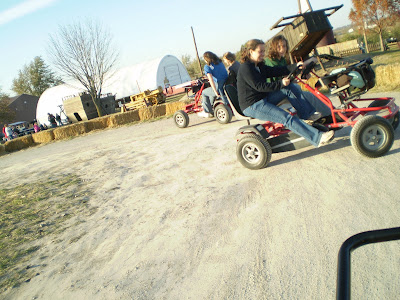 They had these bikes that we all paired up on. Let's just say, Keely and Emily had some difficulty driving :). Just kidding, I think they were purposefully going the wrong way! Emily looks like she is doing a really good job steering, but really, the passenger steering wheel didn't work at all. I know, because I was the passenger on my bike. 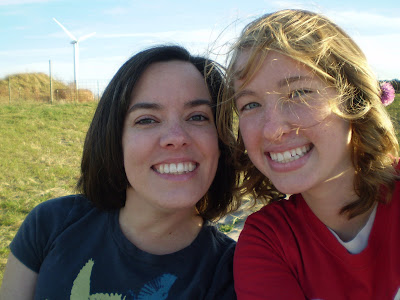 Jenni did an excellent job driving us around. She even stopped and threw herself into harms way to get my apple cider donuts when they fell out of the basket! It's sad to say, but I'm so out of shape that I'm pretty sure I am sore today from peddling so hard during our ride. 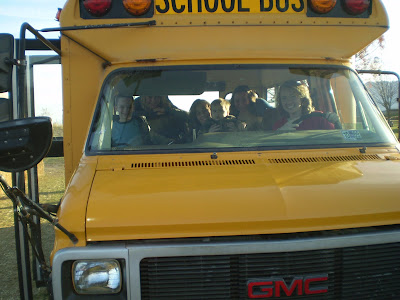 The girls were so excited to get on the bus. They even picked up some extra passengers along the way! 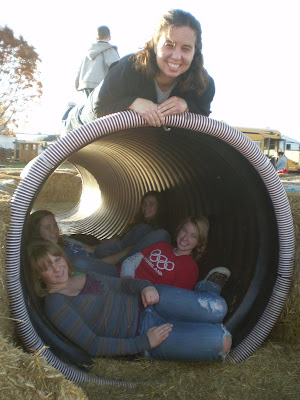 I love this picture of Emily and her girls. They are a photogenic group, that's for sure. 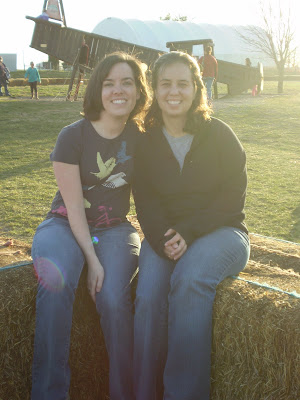 Another roommate picture. The "serious" one. Although I told Emily that it looks like we're holding hands (which we are not. My hand is behind her!)
After Tanners, we went to Avanti's for dinner. The conversation got interesting. We may have giggled and talked about boys some. Emily and I may have participated somewhat (while still maintaining some sense of being the adults in the group, of course!) The girls are so cute. They insisted that as soon as Emily starts dating someone, she must bring him to a small group event because they need to approve of him if she is going to continue dating him. I just sat back and decided that, although I love hanging out with them, I'm glad I work with 3rd-6th graders!
Posted by Teresa at 5:49:00 PM

Looks like a lot of fun! (I am glad to finally see what Emily looks like too!) :)