A Winter Wonderland from the inside...

...a yucky slushy mess on the outside.  It's all about perspective.

I proclaimed today a snow day today.  Because I'm a wimp.  And because when I made the decision there was really very little visibility out my window.  But of course by 8:45 the snow had stopped and the roads were clear.  But at that point I had already made up my mind not to go to work.  And I had moved one of my appointments to later in the week.  By noon, I realized I could probably see my afternoon client.  So I did.  The roads weren't bad, although they were getting worse by the time I made it home.  But I'm safe inside and looking at the prettiness from inside again. 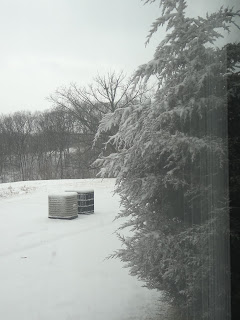 Above is a picture of the "bush" outside our back door.  I really think it is a weed, but it had a pretty coating of snow, so I took a picture. :) 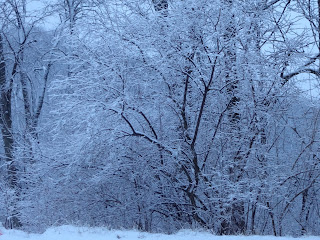 This evening, the snow again looks so beautiful on the trees.  When I ventured outside today I learned one thing.  It is a beautiful snow from inside, but it is a wet, slushy mess outside!  Not a fun snow at all if you are outside. 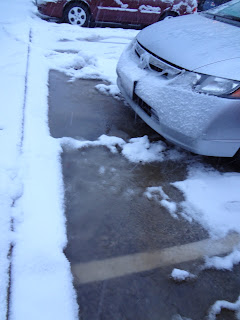 Here is the slushy mess in front of my car.  It doesn't look that bad until you put it in perspective. 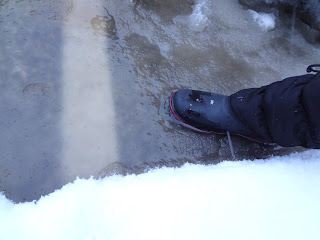 Here is my foot in the slushy mess.  It almost goes over the top of my boot.  Yuck! 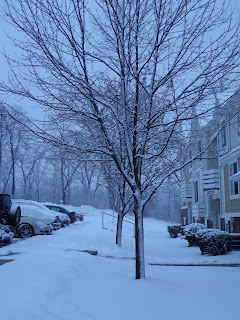