Here's a random one: pictures with my friends' little boy, Hudson. I mean, super random. They have two kids, but the picture is only with him (Sorry Taylor!). It started because when he was two weeks old I took a picture with him on my birthday at a softball game and then the next year I thought it would be fun to show how different he looked in one year. And it kind of morphed from there. Click here for the other three pictures. This year was the easiest year to get a picture (well, besides when he was two weeks old because he was sleeping). I love Hudson's expressions and I wish I could have an audio tape so you could hear him during this short photo shoot. At first he didn't want to take a picture but his parents said, "I bet you can't make Miss Teresa smile." And then it turned into trying to smoosh my face and a tickle fight! 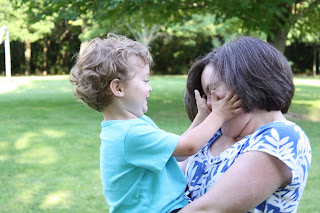 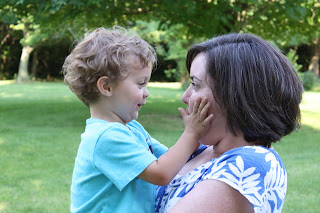 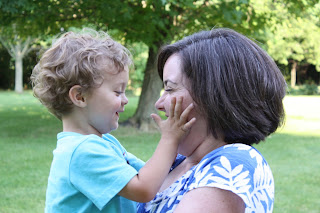 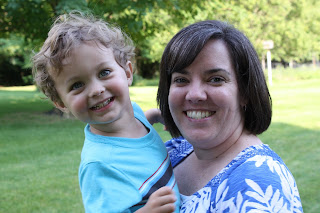 In this one it looks like he is thumping me, but he is still tickling me: 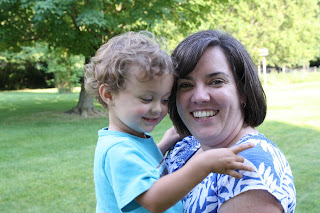 And now it's my turn to tickle him! 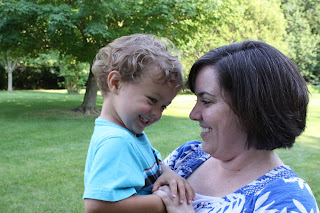 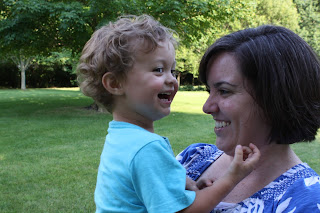 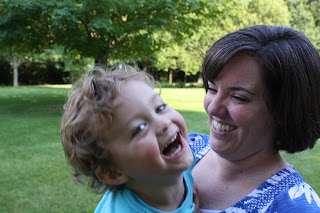 The problem with this annual photo shoot is that I forget how old he is.  I know how many pictures we've taken, so I age him by a year.  Because we took the first one when he was an infant, I think he is 4 but he really just turned 3.  I just have to reason it out a little bit before I say his age out loud.
Posted by Teresa at 12:54:00 AM