It was another perfect weather 4th of July. Last year it was cool enough to wear jeans. This year was a little warmer, but still in the low 80s. And abundant sunshine, which was amazing because we've had so much rain lately. Per tradition, I went to Kari's parents house for a cookout before fireworks. Most of the group had fun "doing" things, while I mostly had fun sitting and talking and taking pictures of them doing things (which I enjoy just as much as all the "doing").

There was bags and ladder ball.  I know you can't flip through the pictures like on a camera, but these first two pictures are funny because Tim and Kari are watching the bag come toward the board and then they are staring at the board.  They look a little confused.  I know at this point in the game, the two teams were really close to winning and it was pretty intense! 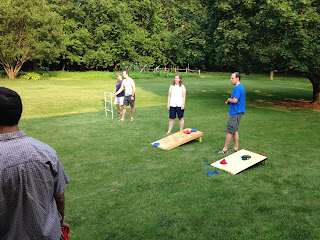 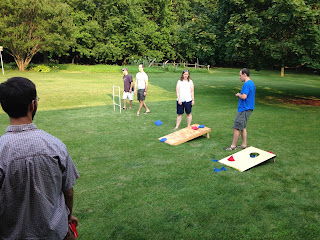 And the other side of things.  Ash and Jena look just as concerned with things coming their way! 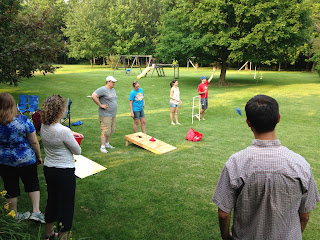 I really posted this second picture (below) because Nick (in the red shirt) either has really good form for ladder ball, or he is pretending to be a flamingo.  You can decide. 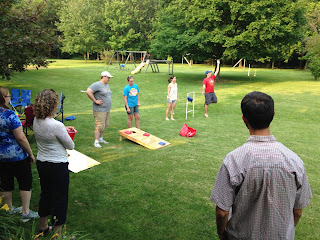 And then Doug got out all the "big" kid toys and the real fun began! Four wheelers, Six Wheelers, tractors, go carts.  You name it, they were zooming around the yard! 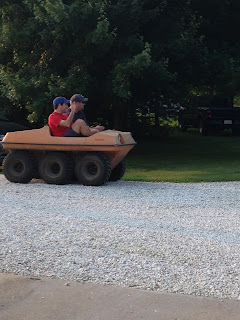 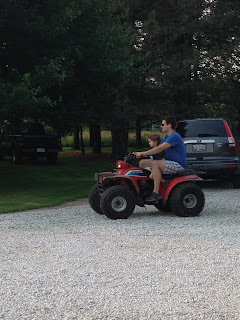 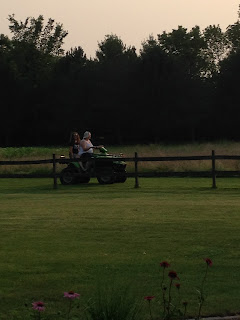 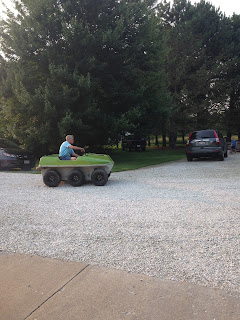 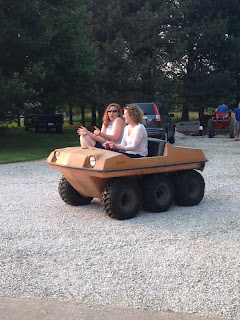 The above picture of Kari is hilarious!  Holly was having a little trouble learning how to drive the Six Wheeler and Kari was a little animated in making sure that she didn't take out anyone in the way! 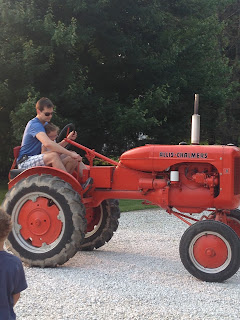 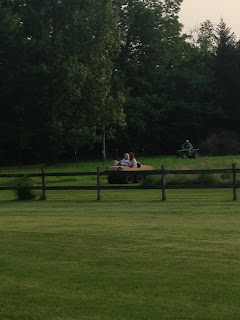 The above picture is also funny because there were a couple of "roads" that everyone was using in the fields.  And Kari stopped to wait for the tractor (not pictured) to go by, just like on a real road. 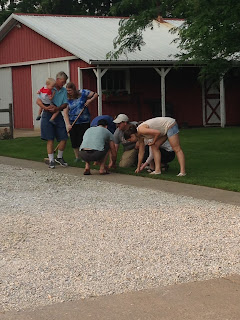 One of the vehicles may have gotten a little over zealous and kicked up some rock.  Everyone chipped in to put it back where it belonged! 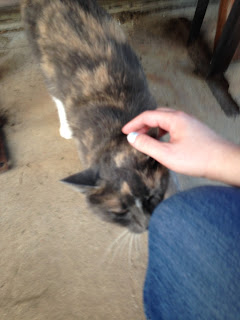 Several years ago, I was responsible for Amy going home with a cute little white kitten with gorgeous blue eyes.  This little gal is that kittens mother.  I took some pictures to send to Amy and Daynah so they could show Sophie what her mother looks like. :)
Posted by Teresa at 8:30:00 PM