Random first picture, I know. And not a very clear shot because I'm my father's daughter and apparently don't edit my pictures to make sure they are clear! It was a little iffy this last month on whether we would get to see fireworks. With all the rain, the Illinois River has been on the rise and has flooded part of downtown Peoria. But the show must go on, folks! Radio announcers and newspapers made it clear that the fireworks would not be cancelled. So, since the water had not receded, they closed down Water Street to cars and we were allowed to sit in the street. Personally, I think it was better and I hope they continue to close the street!  Anyway, we sat right behind the closed off area and sandbags.  Besides being in front of the tree line (which was under water), it was the best view we've had in years. 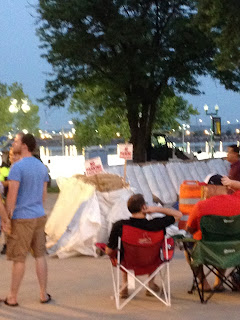 And here are a "few" of my favorite pictures.  Apparently, I took a lot.  Many of which were blurry.  Some of which turned out very good. 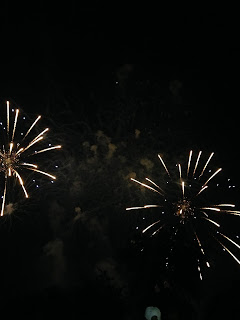 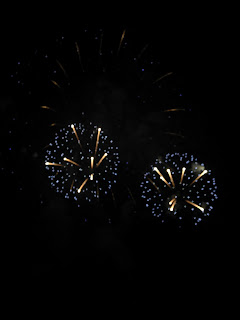 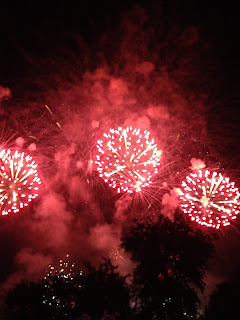 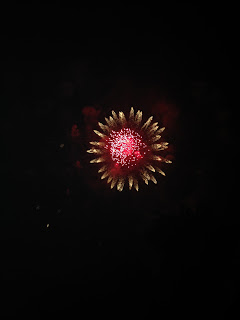 The top and bottom pictures are my two favorites of the night. 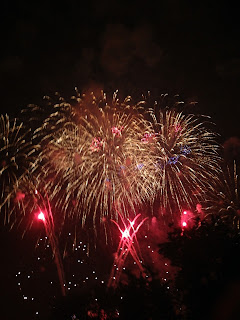 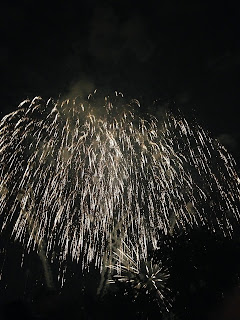 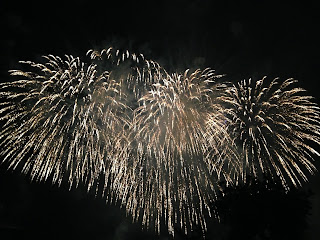 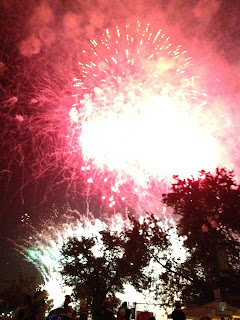 The above picture shows the ground show that you can only really see if you are lucky enough to be in front of the tree line.  Our fireworks are shot off from a barge in the river, which I think is pretty cool. 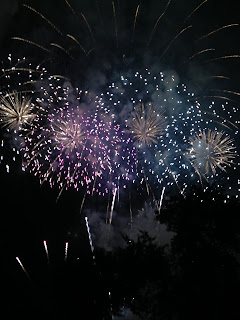 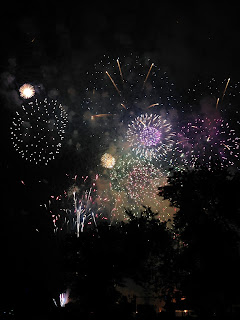 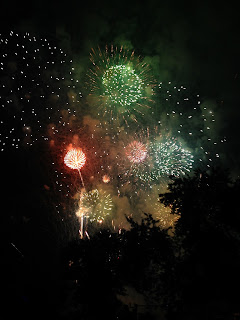 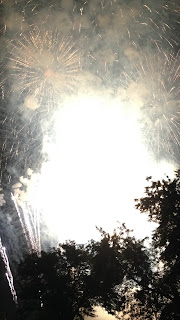 I mostly like the above picture because it just shows the chaos and explosiveness and brightness and loudness (I know you can't see loudness, but can't you just imagine the loudness!) of the finale!