Learning to spell my name

I learned how to spell my name before I was in kindergarten (I think). And I've been signing my name for the better part of 20 years. Here is what my first name typically looks like: 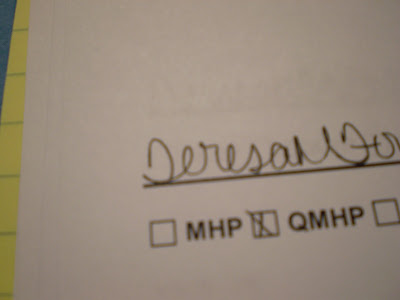 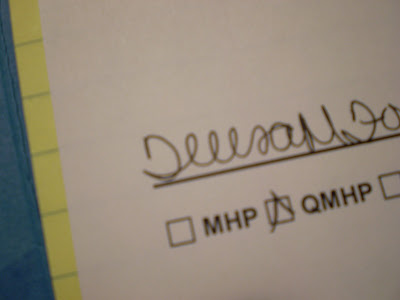 Three "e"'s instead of an "r." This is sometimes what happens when I try to concentrate so that I don't make three "e"'s: 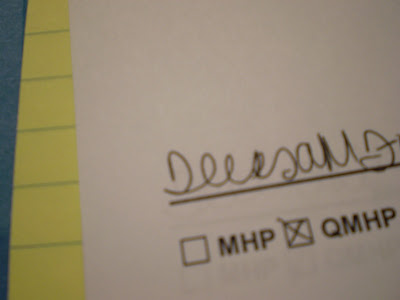 And then it looks like a forgery because who tries to correct there name in the middle of signing it? Me, I guess. But lately, this has been the anomaly that has been happening: 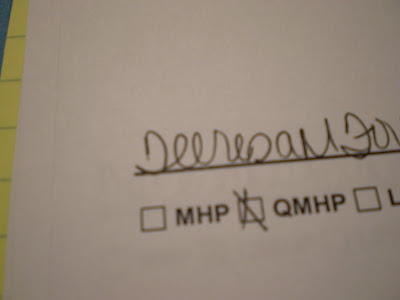 I don't even know what to do with that! The "r" is back, but I have an extra "e" thrown in! How does adding a letter to my name make it quicker? This has happened more often than not when I am signing my work notes now. Sigh.

As I was taking these pictures, I was amusing myself. My statement: I love having a blog. How else would I be able to share such a mundane thing?!
Posted by Teresa at 9:08:00 PM