Emily and I decided that even though we love lots of lights on a tree, they are also the necessary evil to decorating for the holidays. Kind of like the edges to a puzzle. You know you have to do it, so you just get through it because you want to get on to doing the puzzle. That being said, putting lights on the tree was not without its drama again this year. But what Christmas experience wouldn't be worth telling about if it wasn't for the drama. Right? Please tell me I'm right. I mean, are memories don't survive the "perfect" year of decorating. But we sure can remember the years there was drama. 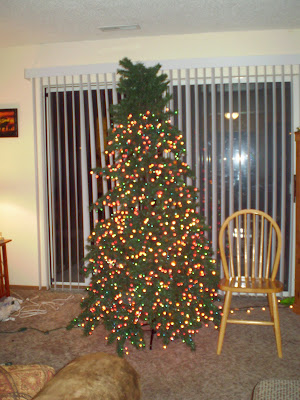 This is how far we got with the lights before Emily had to run to the store. This was technically her second trip because the first was to get extension cords and a power strip. But officially we have the same amount of lights on the tree as we did last year. But two of the strands didn't work, so we had to replace them. 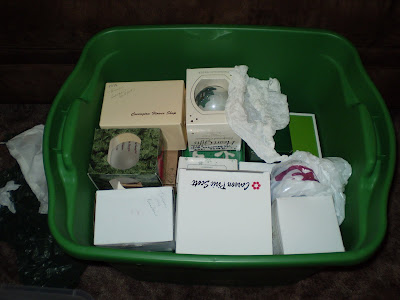 While I was waiting I took some pictures of the process of decorating. Here is the organized box of all my ornaments. 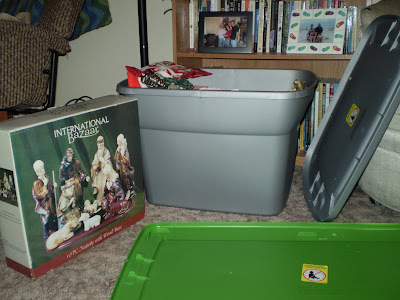 Another box of goodies. 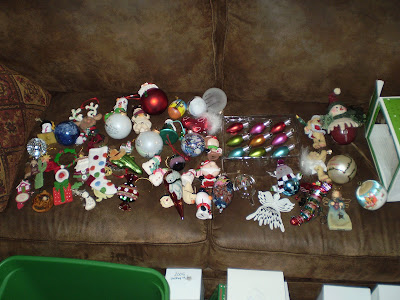 All my ornaments laid out and waiting to go on the tree. 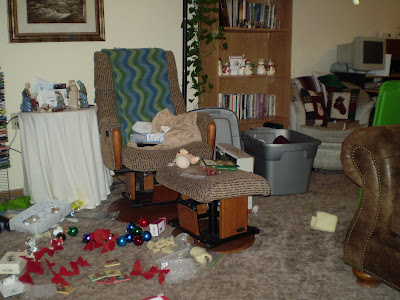 Some of Emily's chaos. We stopped to eat and realized there was not a single piece of furniture that we could sit on (even the table was covered) so we ate on the floor! 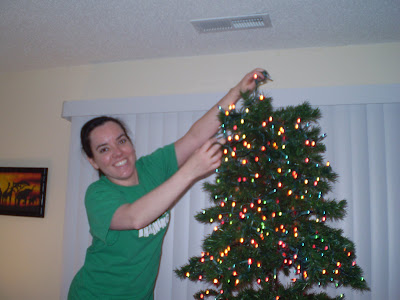 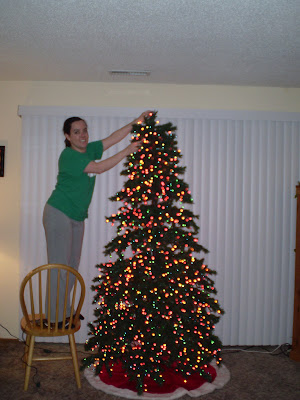 I look so happy. This was after my one and only meltdown. Where all but the bottom two row of branches went out. Lots of trial and error later, and one threat to not put any lights on the tree, we figured out we had blown a fuse in the extension cord. Who knew you could do such a thing! :) 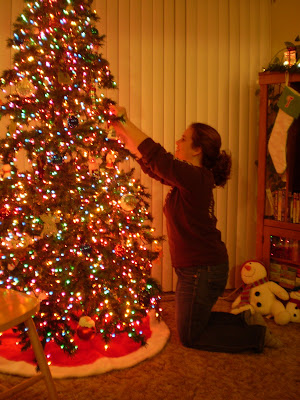 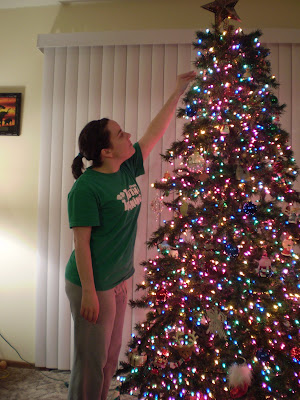 Me hanging an ornament. Ignore the lounge clothes. As I told Emily, you don't decorate yourself to decorate a Christmas tree! 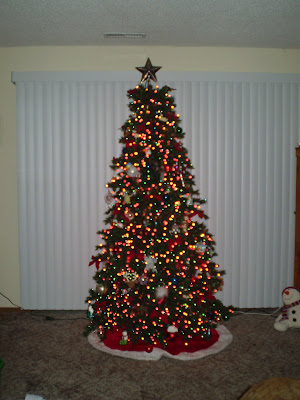 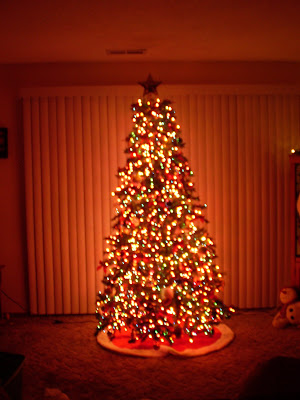 We turned off all the lights. Two things we decided:
1. We don't really need any other lights on in the apartment to see with!
2. We might not need to turn the heat on until January because, while it doesn't feel like the tree puts off heat, it seems much warmer in the apartment! :)
Posted by Teresa at 8:36:00 PM

Looks beautiful! Plus, we'll save a fortune on electricity in GA because of teh glow from yoru tree. ;)