Happiness in a cup! 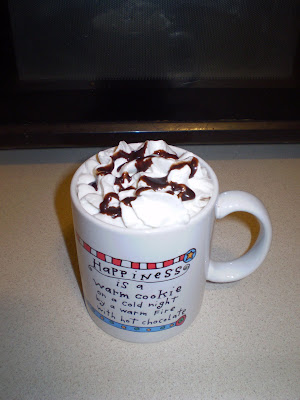 One of my favorite things is hot chocolate. I recently discovered the peppermint hot chocolate at McDonalds and have already invested quite a bit of money in said hot chocolate. They use cool whip and chocolate syrup. So I thought I would recreate some of the greatness at home. You can't see it, but I also have marshmallows under there. With some caramel hot chocolate. Hopefully I won't be bouncing off the walls instead of sleeping. I might have something else to say later about whether its still happy. :)

I was just at McD's and forgot to order one :(