The Weekend Before Christmas and LOTS of pictures!

The weekend before Christmas, I travelled up to Mom's because my brother, sis-in-law, and nephew were in town for the weekend. We spent some time hanging out, went to the Forsberg family Christmas party, and had Teresa's Christmas. Since I was not going to be in Georgia with everyone else for Christmas, everyone opened their presents from me and I opened the presents from everyone else. Santa even came to visit me early!

Here are the pictures as promised, in no particular order whatsoever. I know there are a lot of them, but just keep in mind, I picked these out of 500+ pictures from my mom and Ann's cameras! 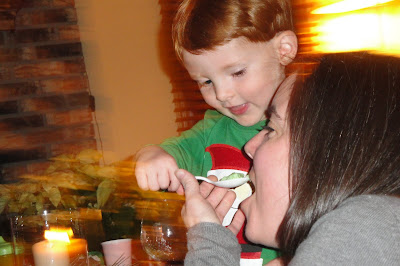 John let me have a bite of his green jello! :) 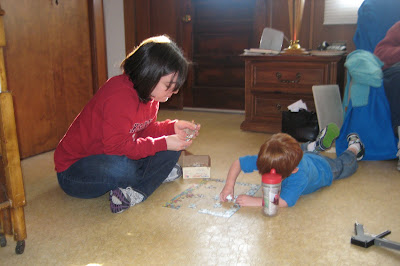 John and I doing a Where's Waldo puzzle. I taught him the "correct" way to do puzzles. Outside edges first, and then match up the colors on the inside. He is very good! He must have some of my genes in him somewhere! :) 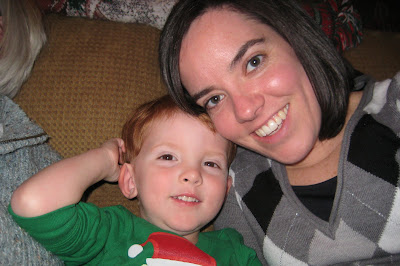 Awwww... a nice self portrait! 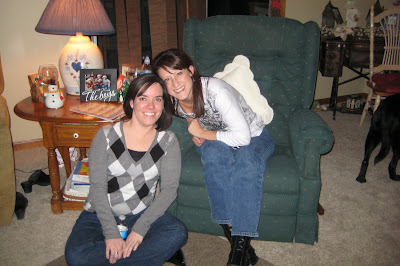 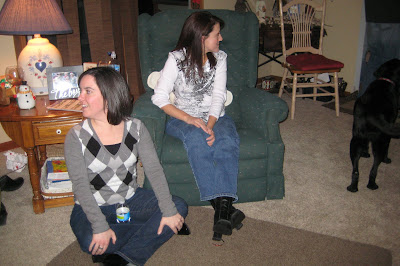 This picture cracked me up. I don't think we really knew our pictures were being taken, but it looks like we said. "Quick...look away from the camera! You look that way. I'll look this way! Just ignore the camera!" 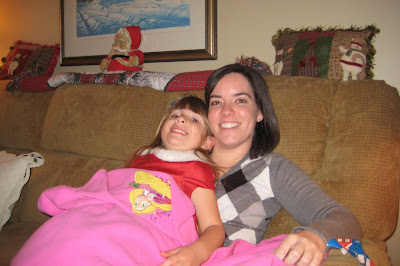 Autumn has become my new best friend this Christmas season. I can't say that I mind! :) She got a Tangled blanket from Santa that we got to cuddle under. I love Autumn because she is the only girl great-grandchild (besides Sophia who lives in California) of soon to be 13 (if I counted right). She just takes it all in stride. 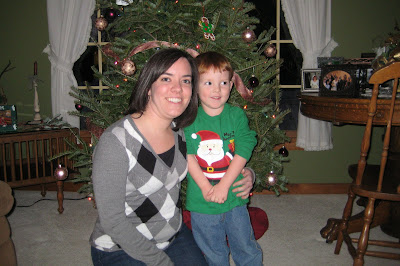 I love this boy! 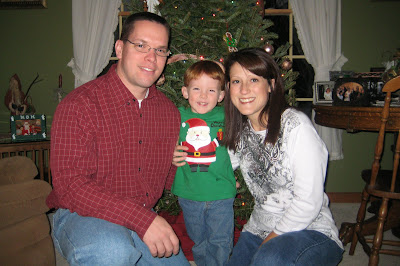 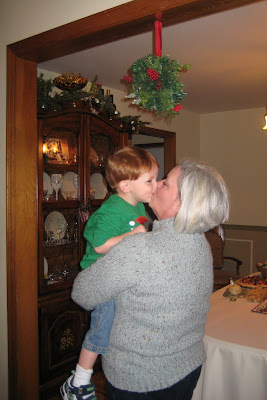 Mom taught John what he's supposed to do if he sees a girl under the mistletoe! :) 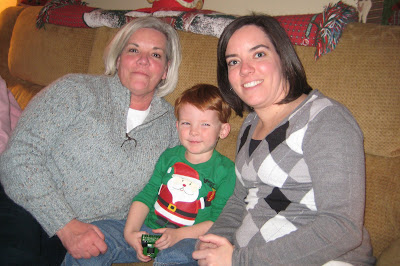 I thought John's face in this picture was adorable!

I even got to sit on Santa's lap. Yippee! 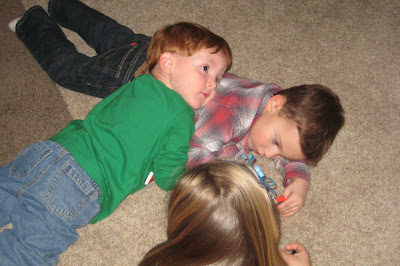 This was getting late into the evening and John just needed a comfortable pillow for a few minutes! The funniest part was we weren't sure if CJ ever realized John was laying on him. They were so zoned and in their own little worlds! 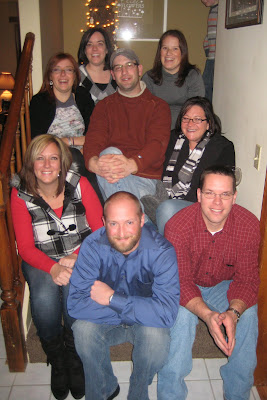 My cousin Jeremy did a DVD of 50 years of Christmas' that played throughout the night at the party. One picture was of all the cousins when we were kids on the stairs at Grandpa's house waiting for Santa to come. The aunts thought it would be a great idea to recreate the picture. There were only a few problems. One, we aren't quite as small as we used to be. This was a tight fit! Two, all the cousins weren't there for the picture. But it still turned out great and I'm very glad to have it. 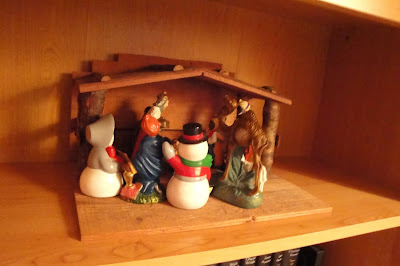 I wasn't around for this, but I heard the story of John playing with the nativity and I thought it was cute. Did anyone else know that Mr and Mrs Snowman were present for Jesus' birth? 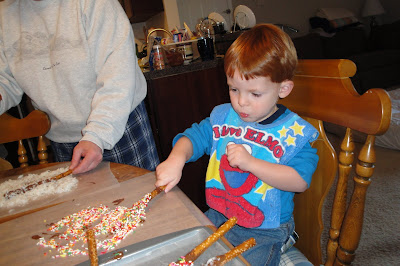 Making pretzel rods dipped in chocolate. Isn't that such a serious face. It takes a lot of concentration to get just the right amount of sprinkles on the pretzel! 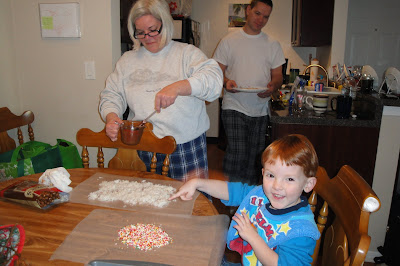 He thought the sprinkles just spilled out were the coolest thing ever! 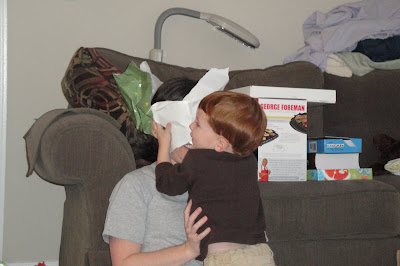 John trying to suffocate me! I don't know why he started doing this but it became a great game for him. I, of course, suffered through it :)
Posted by Teresa at 12:06:00 PM