I had lots of bonding time with John and enjoyed every second of it. Here are some of those moments captured on film. 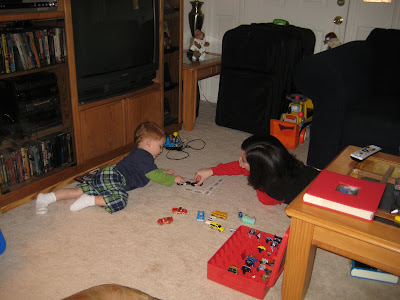 Playing with all the police cars. Aunt Teresa made a road out of the memory cards and we were driving around the road. 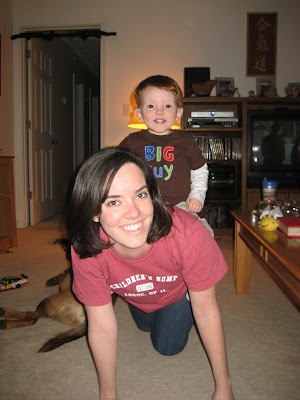 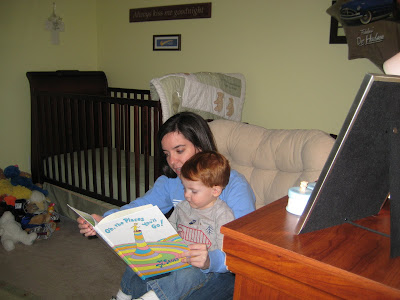 John loves to read, so this was just one opportunity he had for someone to read to him that week. 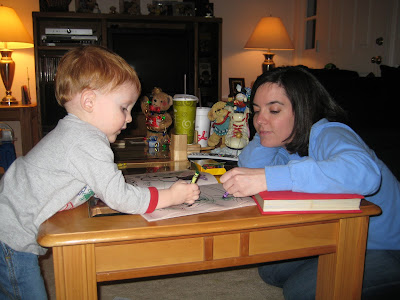 Coloring. John was very opinionated when we would first color. "Treesa blue." And then he would show me where to color. In the end, I could pick whatever color I wanted and we were both okay with it. 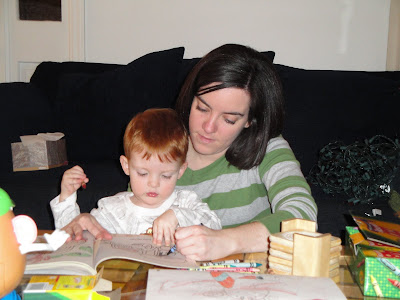 I love that we were all together for so long. Bonding times are the best! Check out my facebook for the 107 pictures Ann posted.

Aw! Cute pictures. You look like such a good auntie!!!