The morning of my last day in Texas was spent much the same as the others. Except I woke up an hour before the girls...ugh...and I had to pack...double ugh... After that it was normal playing with the girls. At noon when the girls went down for their naps, Danell and I left for Fort Worth. We were going to spend a couple of hours with the family that I nannied for...very exciting because I hadn't seen them in about three years, maybe more. It was great to catch up on what was going on in their lives. I missed seeing Chris, since he was at work, and I still didn't get to meet their youngest son because he was napping the whole time I was there. 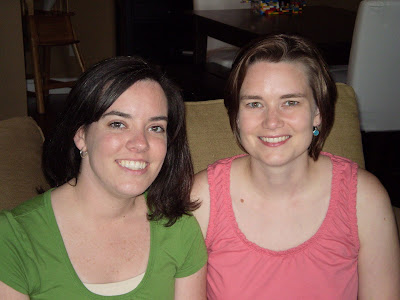 Yay! Danell and I finally managed to get a picture together! :) 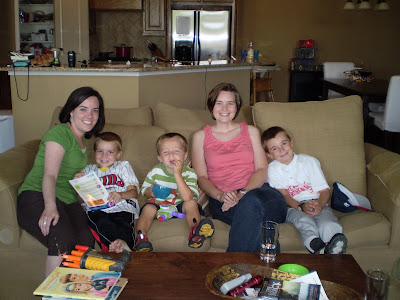 Here is a picture of three of the five boys. Samuel is sitting next to me. He was 13 months old when I moved out! Joseph is next to him. And Graham is on the end. He had turned 4 a month before I moved out. Apparently kids don't stay the same age forever! I did get to see Asher (not pictured) but he left to go on a special date with his grandpa. He is also a cutie! 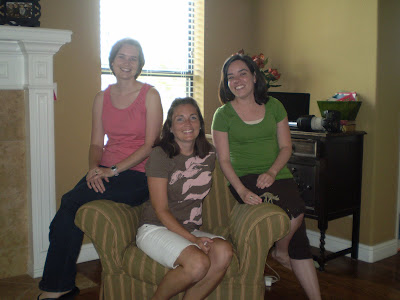 The girls. Danell, Sara, and me.
Danell and I then took a circuitous route to the airport (don't ask!). I purposely got there a little early to spend some time with Lisa, who I had not been able to see at the beginning of the week like originally planned.

We had to pose in some "authentic" Texas gear. At least I think a pink cowgirl hat with a tiara on it is authentic. Right?