Wanna go to the Zoo?

Danell and I took the girls to the zoo today. It is a completely different experience taking two toddlers to the zoo than say two adults who want to read every sign and ponder how God could create a giraffe to have such a big neck or a flamingo to stand on one leg. With toddlers you're more likely to point out every shade of color on an animal...or be just as excited about a weed growing in the sidewalk as you are about the rhinoceros (possibly more excited). Also, it is a pretty good workout taking two toddlers to the zoo because you have to get them in and out of the stroller at every exhibit and chase them down if they get away. But it was worth it, and I managed to not be too distracted to not take any pictures (I was going to "fix" this horribly constructed sentence, but I just read it to Danell and she said that it's exactly how I speak. I said, "But it sounds better when you speak it" and she said, "I just wanted you to know that when you talk, you talk in horribly constructed sentences." I think only your best friend can say such a thing and make you laugh instead of leaving you horribly offended). 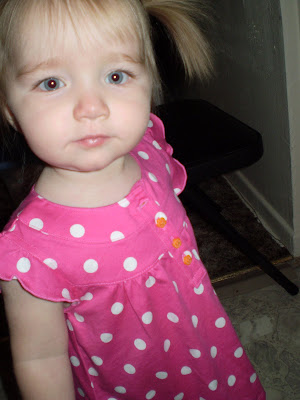 Lucy's ready to go to the zoo. 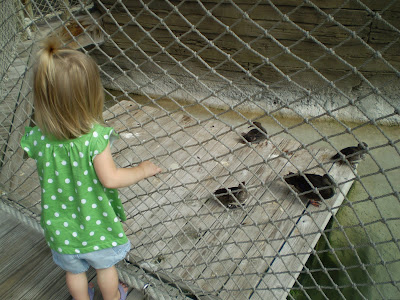 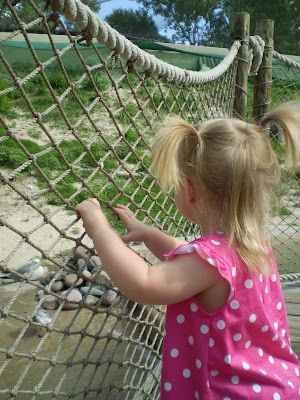 Oh my goodness! It's water! Really there is a bird that she was looking at :) 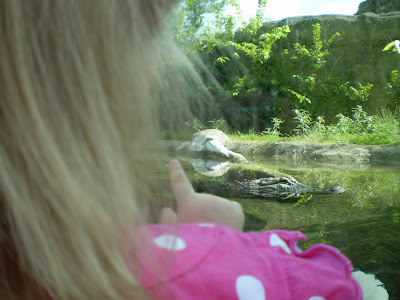 Lucy pointing at the crocodile. 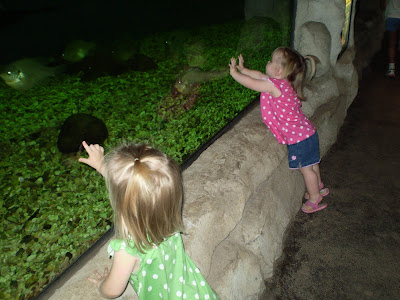 The fish were so exciting. The girls got to run around in this room. Lucy would run up to the glass and babble incoherently but very excitedly about the fish. When she gets really excited, her hands start to shake as she is getting ready to point. 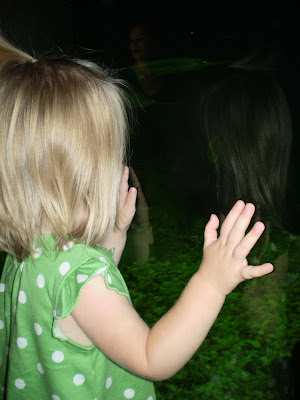 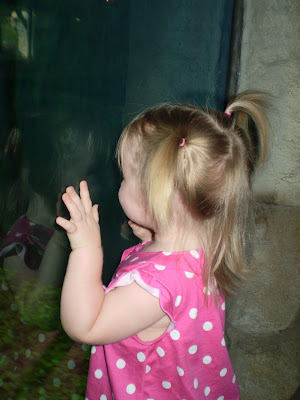 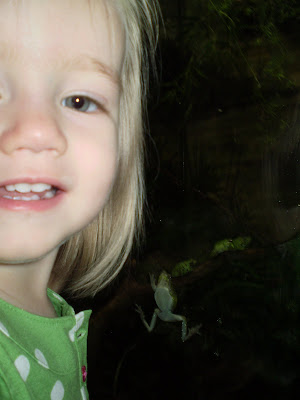 This is my favorite picture of Clare even though you can only see half of her face. She LOVES frogs. "A frau, a frau" She would keep repeating that until you acknowledged, "Yes, a frog!" Every other glass window, she would back up if something was that close, but the frog didn't bother her at all. 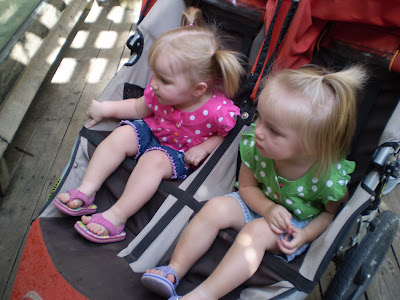 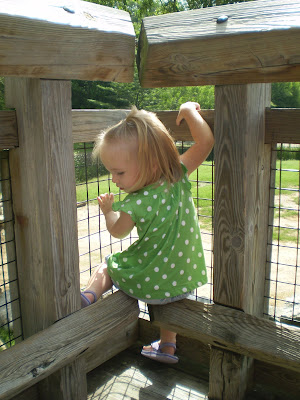 This was almost a really cute picture :) Apparently, that happens a lot with toddlers. She was sitting in the corner looking at a bird as happy as can be. But I took too long to get the camera out of my pocket. Shucks! 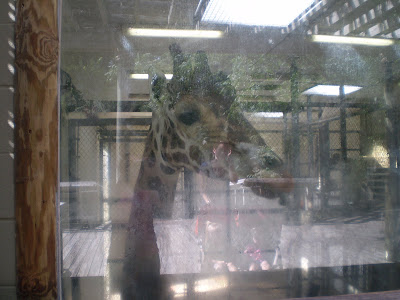 Possibly the highlight of my zoo experience. This zoo has a giraffe enclosure and the sidewalk is on the second story, so the giraffes are at eye level (or slightly higher if you happen to be a short person). 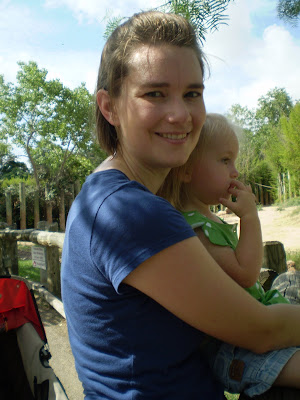 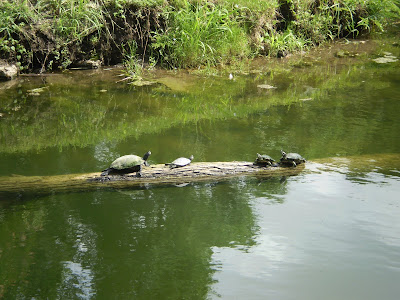 And, of course, you can't be Teresa, go to the zoo, and not take at least one picture of a turtle. :) 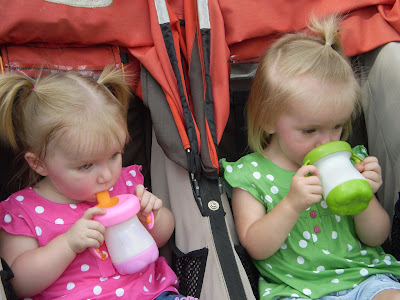 Wow...we sure are thirsty after a HOT day at the zoo. Notice, there were no pictures of Danell and I from the zoo. We had originally talked about taking a picture at the zoo because we are bound and determined to have a picture of us together this trip (last year we never took a picture together).
Posted by Teresa at 2:19:00 PM

So cute and how much FUN! The girls are absolutely adorable!