Pictures to go with those babies

Here are the pictures of some of the babies I got to hold on Saturday: 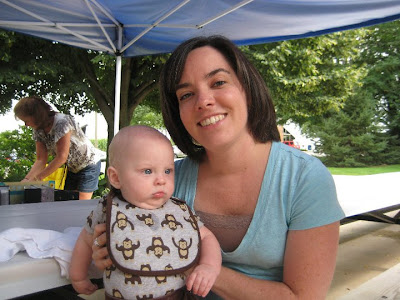 Gavin was a little too interested in everything going on around him to take the time to look at the camera. He probably sees enough cameras every day that he knows to look away! 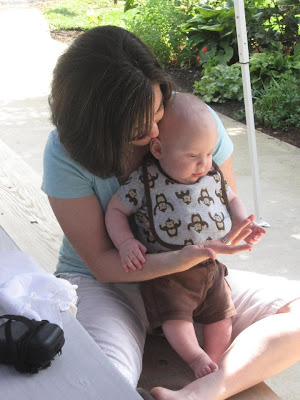 He was very fascinated by my ring. He asked me if he could wear it, but I told him that we should probably just keep it on my finger! 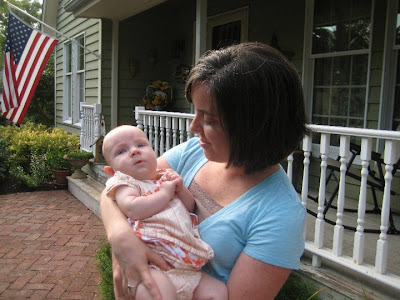 And this is little Charlotte Kate. She is definitely a cutie! 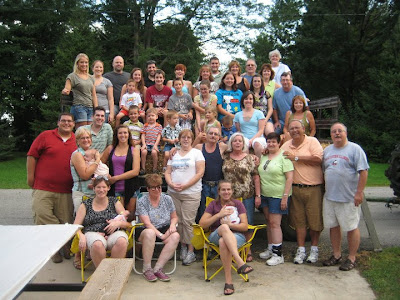 And here is the majority of the people who were at the picnic. We took the picture later in the evening, so some people had already left. If you can locate me, you'll notice that Uncle Larry saved me a spot on the row with all the 3-5 year olds! I tried to protest but than decided I could be a grown up and go with the flow. :) But really, I'm not THAT short!