Saturday in 15 pictures or less :)

I'm back from vacation, but I thought I'd let you know how the rest of the weekend went. Saturday started with french toast for breakfast. And then the boys were stuck in the house for the morning because there were a bunch of volunteers doing work around the Acres. So, they suggested a pool tournament. I was all in, even though I knew I would quickly lose. These guys are serious about there tournaments. 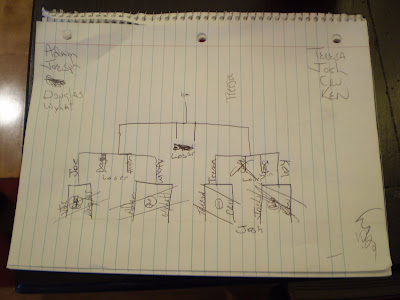 A bracket was created. Complete with choosing order of play using playing cards. I won the right to play the first game against Cru... 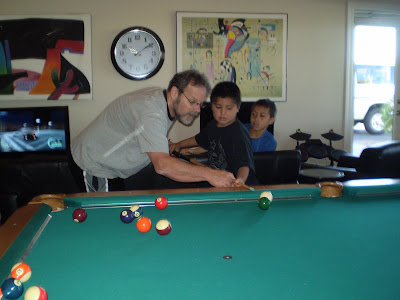 Lucky for my advancement in the tournament, he's the youngest in the house. Dad helped him a lot, but I still managed to win. Phew... While I waited for the next game, I played some Speed with Emerson and talked about life. I admit...I may have gone into therapy mode for 2.5 seconds. But I warned him ahead of time. And stopped as soon as I could :). 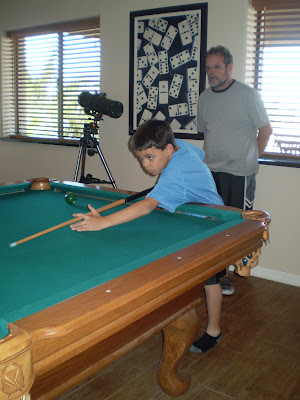 Another of the young kids, Douglas. So, I ended up coming in 3rd place. Pure luck. I played Joseph for 3rd place and he scratched the 8 ball. I kinda don't like winning that way, but I guess that's how the ball rolls (heehee...pun intended). Dad, of course, won the tournament. 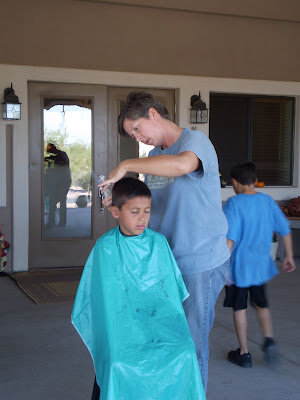 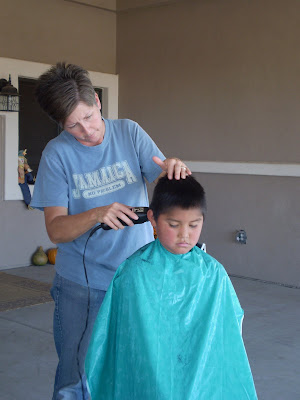 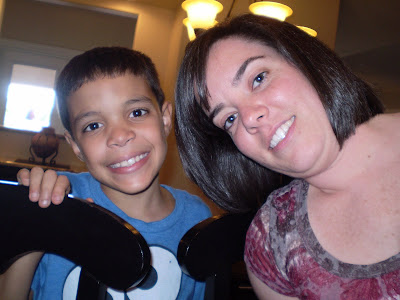 Me and Douglas. He is a TALKER. I mean, seriously, could talk to a rock for an hour without realizing it never talked back! But he's cute too. :) And you quickly learn that you don't really have to listen to him while he's talking. He's just happy to be talking to you. I did listen sometimes, I promise! 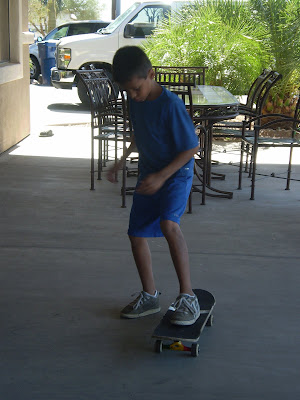 Finally able to go outside. Skateboarding, rollerblading, biking. None of the kids seem to mind the 90 plus degrees outside. I, however, quickly took my pictures and then went back inside! 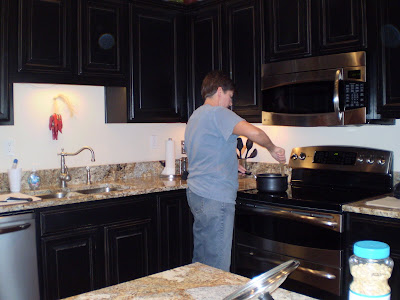 We then made caramel apples. Well, Amy and Emerson did. Daynah and I supervised and took pictures :) 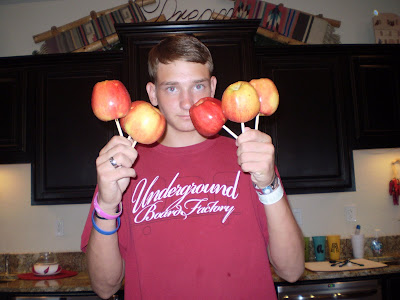 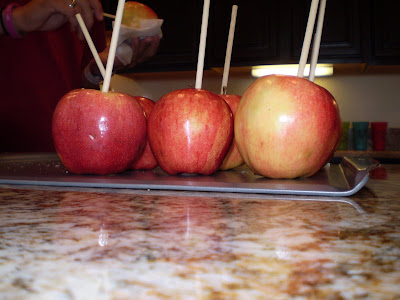 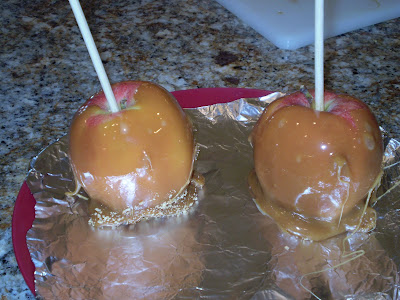 Yummy! They were good!

Saturday night some members in the community put on a fall festival. I didn't take any pictures of the kids dressed up or having fun. I was too busy holding a baby :) One of the relief couples had a baby a few months ago and he is super cute! Oh, and guarding all the prizes the kids won. That was the job of the evening. At the end of the night, Emerson wanted me to take some pictures of him jumping hay bales. Turns out my camera doesn't take good night pictures. 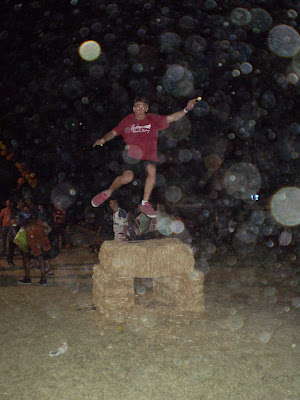 Kind of looks like it's snowing. As a matter of fact, when we had the blizzard last year, Emily and I took pictures at night and I thought the camera was taking pictures of all the snowflakes. Turns out, not so much. 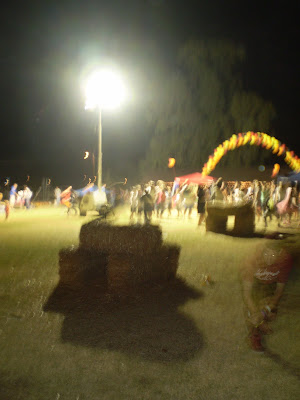 Here is my second attempt. Emerson is in the right hand corner.. Kind of scary, but slightly cool too! :)

After the festival, one of the other houses came over for a bonfire. The boys played football. In the dark. In the rocks. They didn't seem to mind. 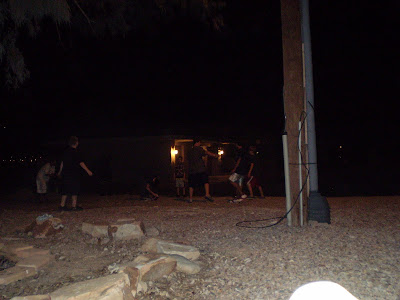 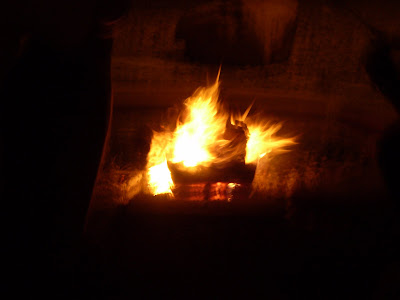 One of the many pictures I tried to take of the fire.

Sunday we went to church, a barbecue at the park, and then hung out at the house the rest of the day.

Monday, we picked up Josh early from school and went to Amy's parents house for me to see it. We went to Chickfila for lunch. I got on an airplane and came home. I forgot that I would be on Arizona time, so I stayed up way too late to have to get up early for work today. Luckily, I didn't have anything scheduled until the afternoon, so I slept until 8 and went into work at 10.
Posted by Teresa at 7:36:00 PM

Glad you made it home safely. Back to reality now! Always a bummer coming back from vacation. Looks like you had a great time. Loved seeing all the pictures!

It looks like you had a really nice time. Love the pics! :)