A trip to the zoo, led by John

John is fascinated with maps right now, so when he found out he could get a map at the zoo, he was so excited.  This is how he walked around most of the day.  Sometimes if we were standing in front of an exhibit looking for the animal and said, "John, where is the lion?" he would point to it on his map! :) 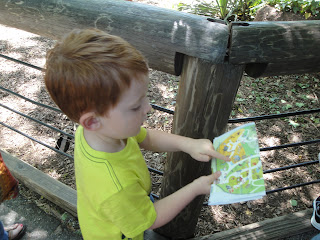 Chris got a new camera and was experimenting.  I liked this picture of the elephant: 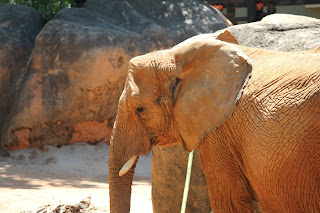 Then John and I got our picture taken with a baby giraffe. 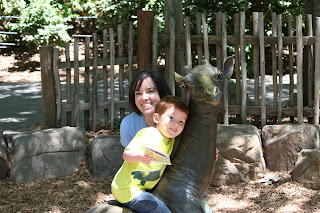 Mostly, Michael was unimpressed with his first trip to the zoo.  But he was awake for the train ride and really seemed to enjoy it! 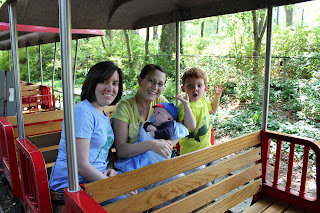 I was able to get some good smiles out of him while we rode.  I must admit, I missed all the sites while on the train, but I'm pretty sure this face was worth missing a bunch of animals! 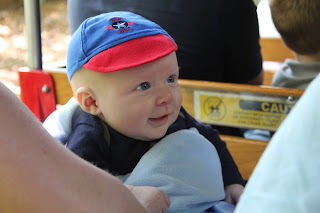 Even at the end of the day, he was still reading the map.  And it was the first thing he got out of his room this morning. 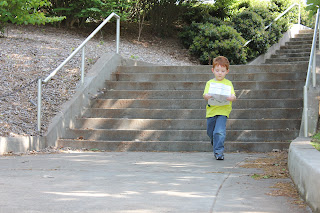 All in all, it was a pretty good day.  It was the perfect weather.  Jeans, a t-shirt, and some flip flops with a cool breeze.  And lots of sunshine.  They have had very mild temperatures since I've been here.  Kind of crazy, but I can't say that I mind.
Posted by Teresa at 10:31:00 AM

I love all the pictures. Esp. the last one of John with the map. He loves to be an explorer! Looks like a very fun day! AHHH, memories!