I have lived in Illinois for 5 years, but this was the first Mother's Day weekend I actually spent with my mom. She has always done the Y-Me Race at Your Pace with family. It is always on Mother's Day in Chicago. I have not gone in the past because they get up super early on Sunday morning and than if I went I would have to drive home that afternoon. But I decided that I could go without the sleep this year. It was a perfect day for the walk. 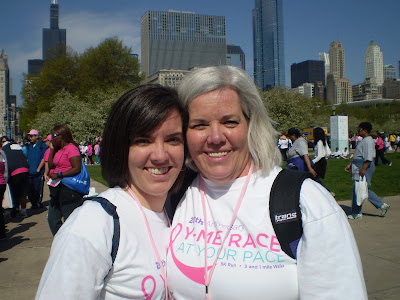 This is my favorite picture of Mom and I after the walk. I can't resist this comment: doesn't my hair look super dark next to hers? :) Actually I really think in a lot of the pictures that my hair looks darker than usual. 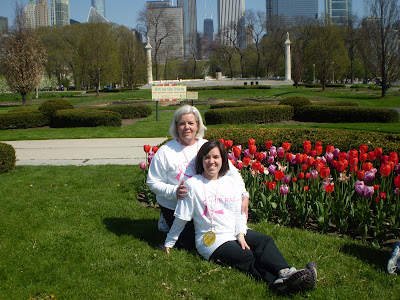 Another of my favorite pictures. We made a lot of good memories that day! 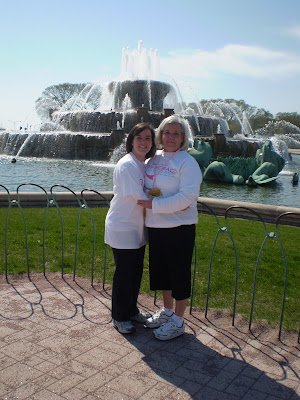 In front of Buckingham fountain. I laugh when I see this picture because those t-shirts were so darn long! I tried to trade mine in for a small but they were all out. 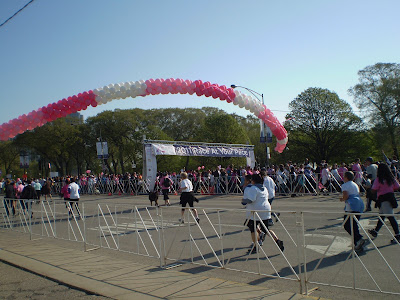 I think this was the start line, but I'm not sure. It's called a Race at Your Pace because there is a 5k run, a 3 mile walk, and a 1 mile walk. The group I was with definitely went at their own pace :) This is us just arriving at the race. As you can see, the runners have already started and at the start line, the walkers have already started as well. We joined about a half hour after this. But we didn't start at the start line, we just kind of joined in where there was a break in the barricades. But it didn't really matter...we were having fun no matter what we did! 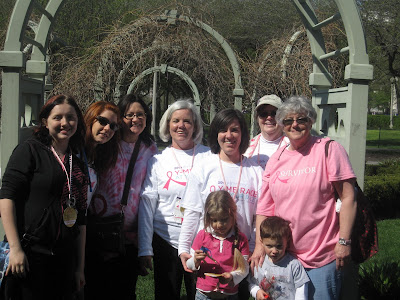 The group after the race. At this point, Autumn and CJ (the two kids) were more interested in playing with the free Happy Meal toys they got than getting their picture taken! But they were good sports. 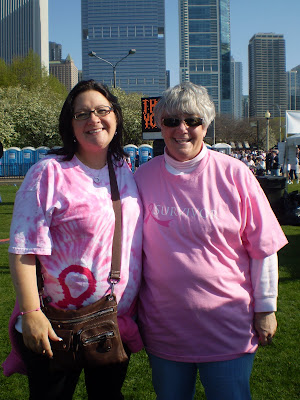 This was one of the more emotional parts to my day. Aunt Kathy got a free t-shirt from one of the booths that said "Survivor" on it. Here she is with her daughter, Melissa, and her future granddaughter! 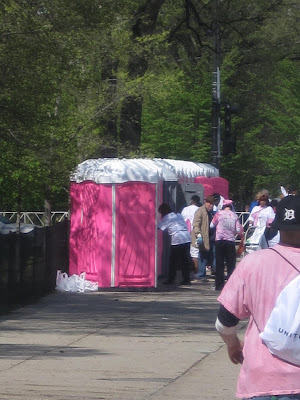 I don't know why the pink port-a-potties amused me, but they did. The funny thing is, both Aunt Kathy and I took pictures of them and I didn't even know it until she gave me my disk :) 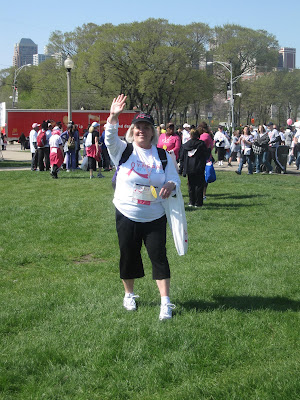 Mom wandered off at one point in time (said with some sarcasm because the standard question of the day was, "Where's Cindy?") 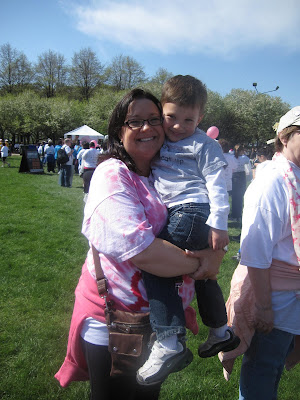 I love this picture. CJ is in that "you can make me get in a picture, but you can't make me smile" stage. But boy did he smile for this picture! 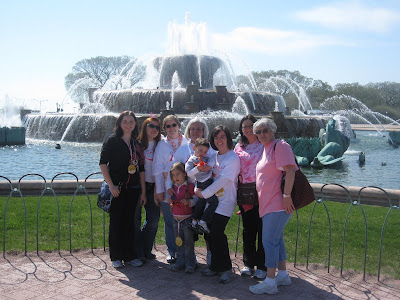 Another group picture at Buckingham fountain. 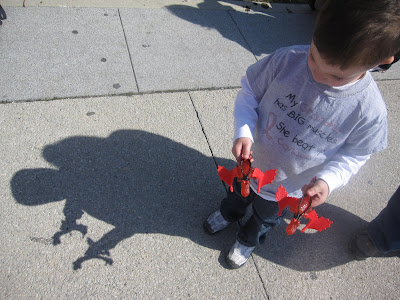 I showed CJ how his dragons made shadows on the sidewalk specifically so I could take this picture :) 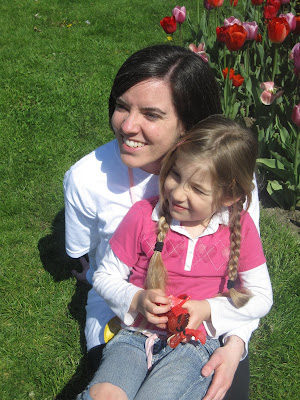 Autumn and I. For some reason, she really likes me. :) I got to see her and her mom, Sara, on Saturday night too and Autumn wanted to sit by me at dinner. When I came back with my food, her foot was in my chair. As soon as she saw me, she moved her foot. I asked her if she was saving it for me and she said yes. How cute is that. She was literally saving it for me! When was the last time that you actually physically saved a seat with part of your body? :) 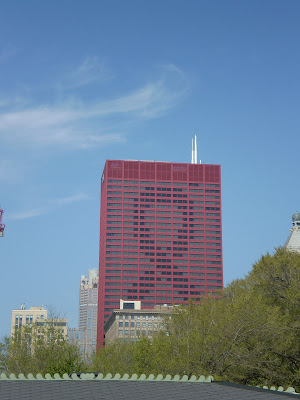 I have no idea what building this is, but I thought it was cool that they were celebrating the walk with us. 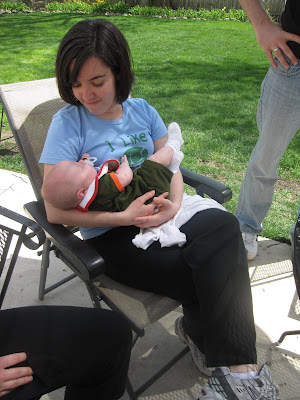 We all went to Aunt Kathy's later. Marta and Ryan met us there with the twins. They had to twist my arm all afternoon, but I finally agreed to hold Landon. Landon and Gavin are not identical, but they are hard to tell apart unless they are right next to each other. Ryan told me that CJ, who is only four, can see them apart and name them every time. No one knows how he tells them apart so easily.
Posted by Teresa at 7:07:00 PM

Love the pictures! Looks liek ti was a great time! :)

Thanks for posting these pictures. I am so happy you came for the weekend. It meant alot to have you with me. I promise next year I won't wake you at 4:01! I love you.