Christmas pictures in no particular order

Much of my Christmas break was spent in Georgia. It was a very relaxing week. And by relaxing, I mean we went out to dinner Thursday night and then I didn't leave the house until Tuesday afternoon. Lots of playing (with our imagination and with a whole lot of technology). Lots of cooking and eating. Lots of family time. Lots of loving each other. 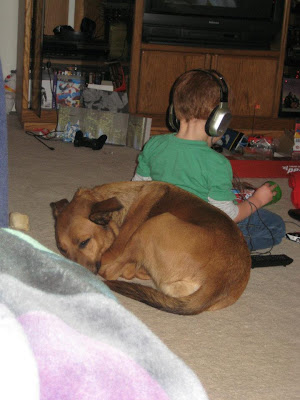 ZuZu makes a great back rest when you're watching a movie on the portable DVD player! At one point in time, John even spread his arms out across her back. It didn't faze her at all. Best dog ever. 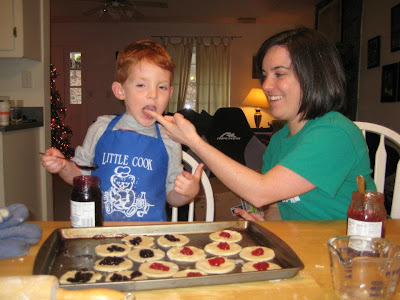 One of the great things about John's age is that you can reason with him a little bit more. He kept wanting to eat the jelly while we were plopping it on the cookies, so I told him that he could lick it off my finger. This is actually a pose of that, because Mom didn't get the picture fast enough. So, I said, "John, pretend you're doing it again." And he did. 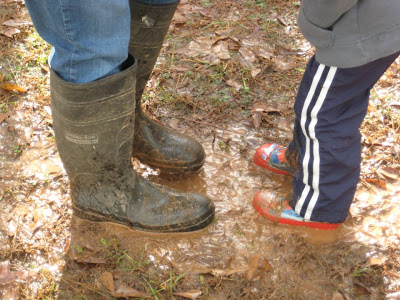 It rained A LOT while we were in Georgia. Mom and John played in the mud puddles. John got new rain boots for Christmas. He's a tad nervous when it comes to doing certain things, so he kept telling my mom, "It's okay to get dirty." 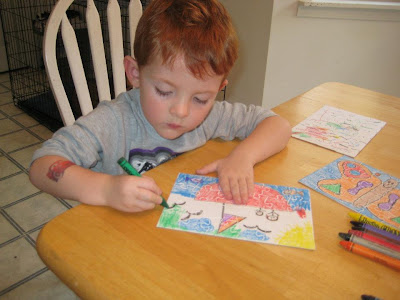 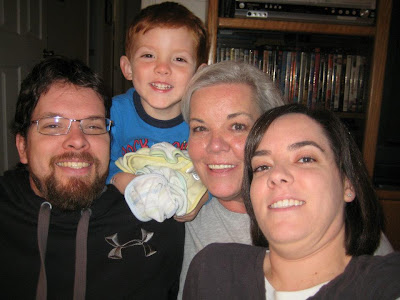 Mom asked John to take a picture of me, her, and Chris but he wouldn't do it. I am getting particularly good at the self-portraits if I do say so myself! 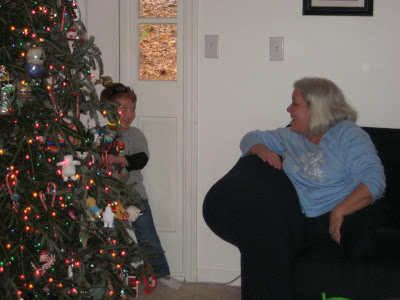 Mom taught John how to play "I'm thinking of an ornament." It's kind of like I Spy. Honestly, when Mom was teaching him how to play, I didn't expect him to actually get it, but I was wrong. He did a really good job. In the top picture he is picking an ornament for Mom to guess. And in the bottom picture he is guessing which ornament Mom had picked. I like the sunglasses on his head too! :) 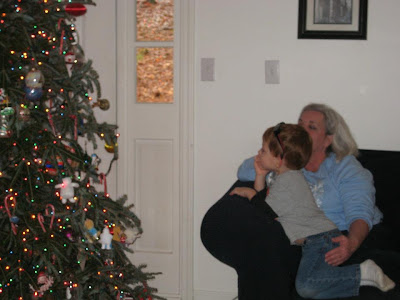 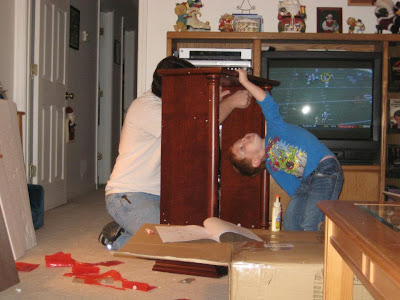 John helped Chris put a new bookshelf together. I think this might actually have been another posed picture. 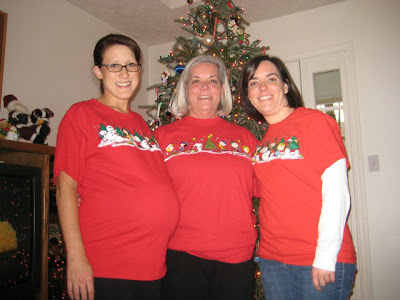 We match! :) And look at the cute baby bump representing baby boy #2. I tried to convince John that he should name the baby "Green jello". He laughed. 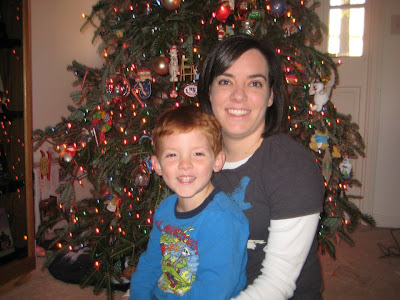 Just before we left for the airport, Mom asked John to pose in a picture with me. He didn't want to. So Chris bribed him with a few minutes of video games. He jumped into my lap! :)
There you are, my trip in a nutshell!
Posted by Teresa at 7:08:00 PM

Love it! Miss you guys! xoxo