I received a message on Facebook with some fabulous pictures from my visit to see Holly in December. She got them to me SO fast :). Just a slight joke. I love Holly for many reasons. And she is great at many things. Getting things out in a timely manner, not always her strong suit. But she is tenacious. For instance, I received a present from her that she had "stored" for four years. If it were me, I would never have sent it after that long. But she did. Because that is the kind of friend she is! 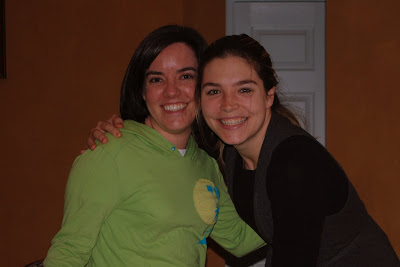 Here we are: old roomies. I love this picture for many reasons. 1. we don't look so old! 2. She is bent down to my level. In college we developed a system for taking pictures because I hated the height difference when it showed up in pictures. Strategically placed steps and curbs became the norm. 3. Even though you can see she is bent down, I am totally taller than her! :) 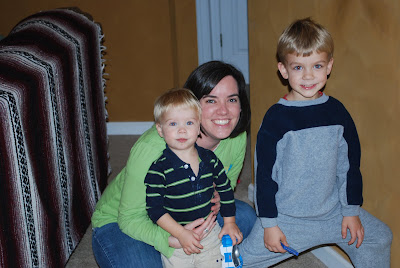 Then I got to have a mini photo shoot with her two adorable kids! :) Benjamin (the younger) and Nathan (the older). 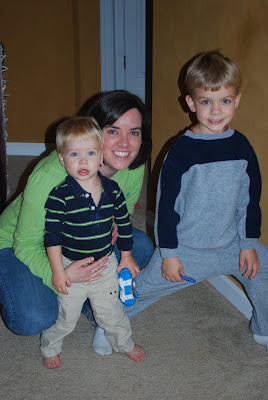 Holly's message to me today was that as she was attaching the pictures, Nathan said, "Hey, I remember that girl. She played with me at our house!" I also love that it looks like Nathan is about ready to bolt. :)
Posted by Teresa at 5:52:00 PM

Love these pictures! So cute! Holly has not changed at all.