I went for a visit over the weekend. Here's a glimpse of some things I did: 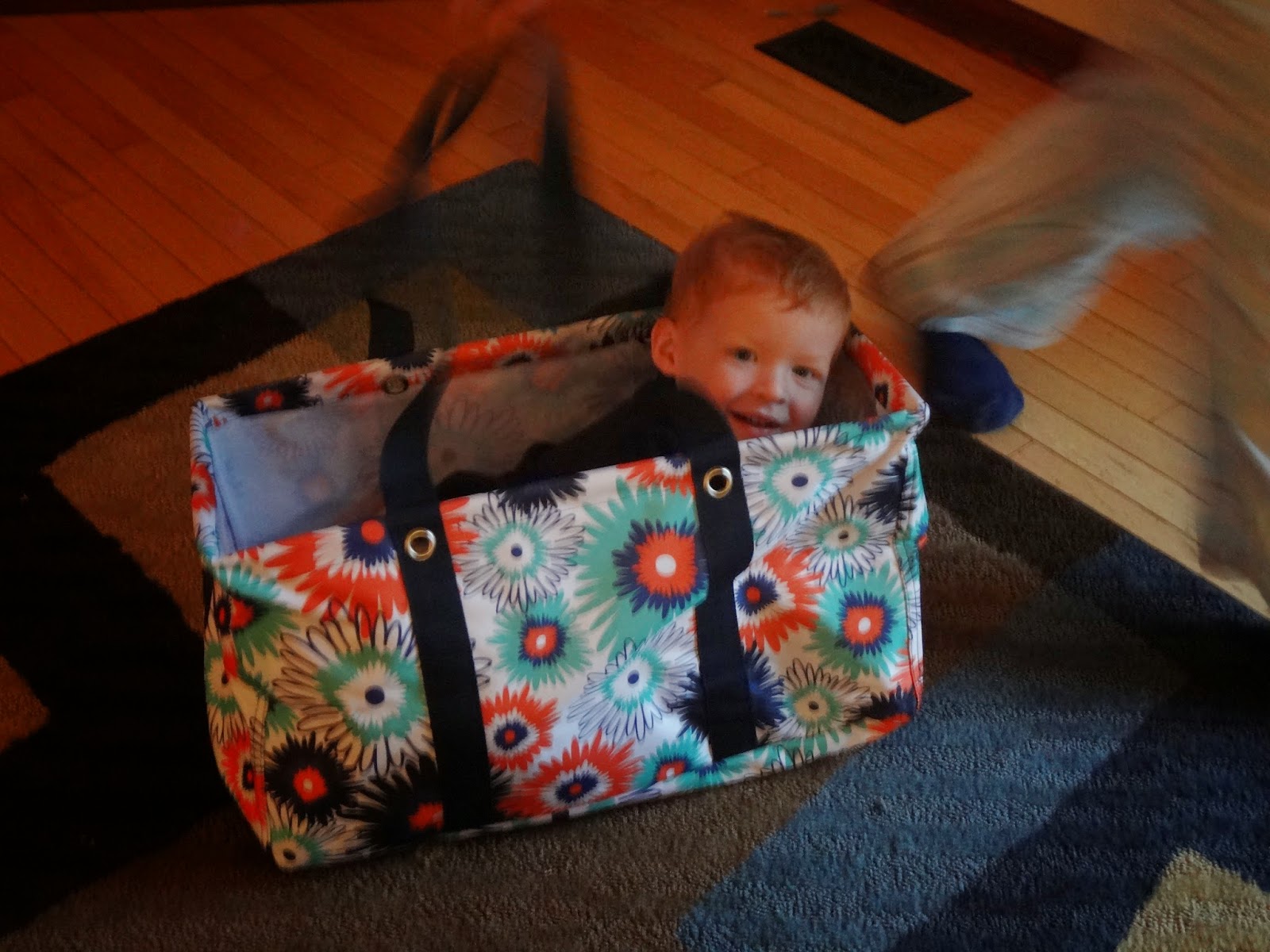 Ann's birthday present soon became Michael's toy.  He would get in and curl up so you couldn't even see him over the top! 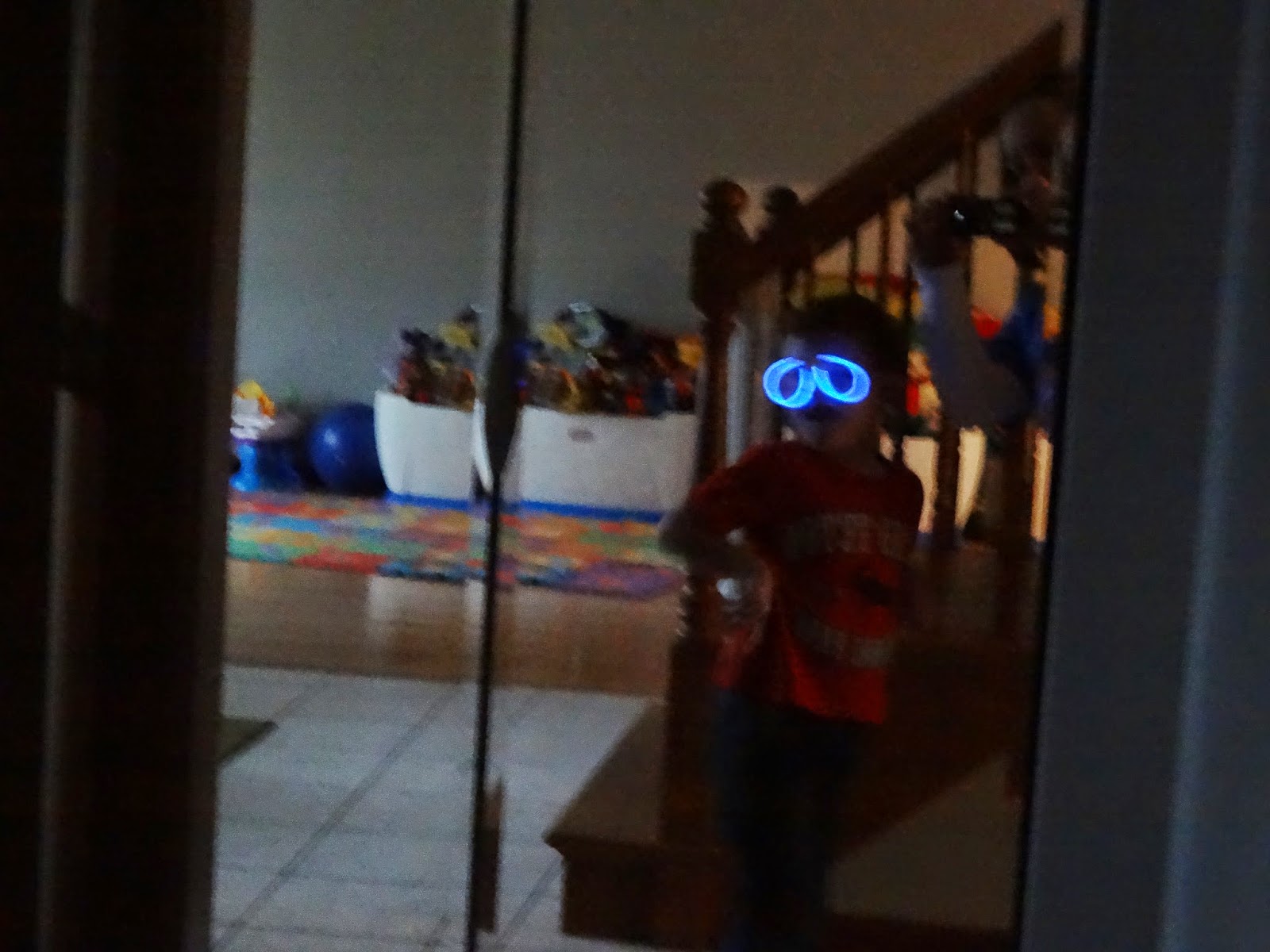 $2.00 worth of fun...glow in the dark glasses.  John really enjoyed posing in front of the mirror. 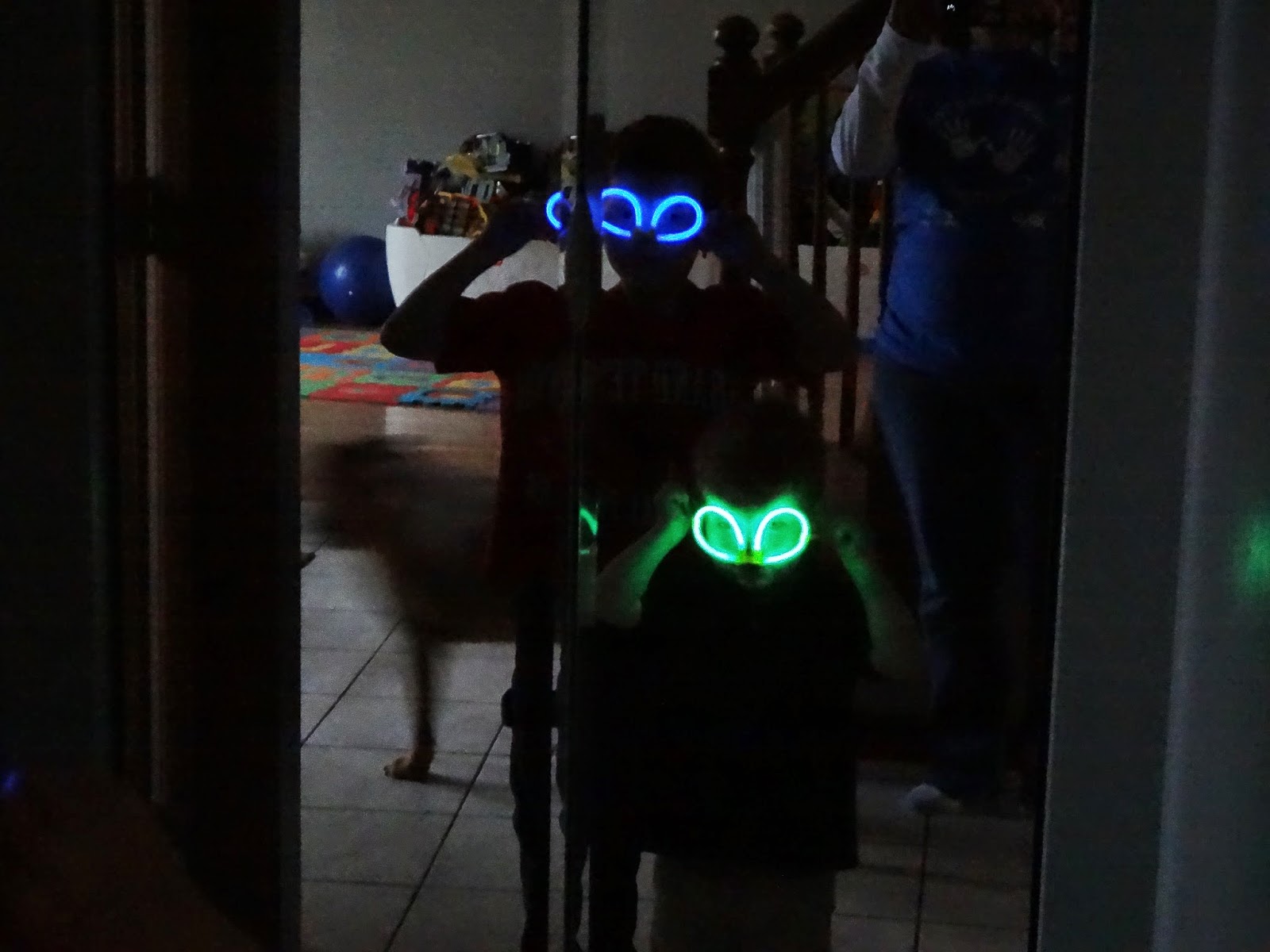 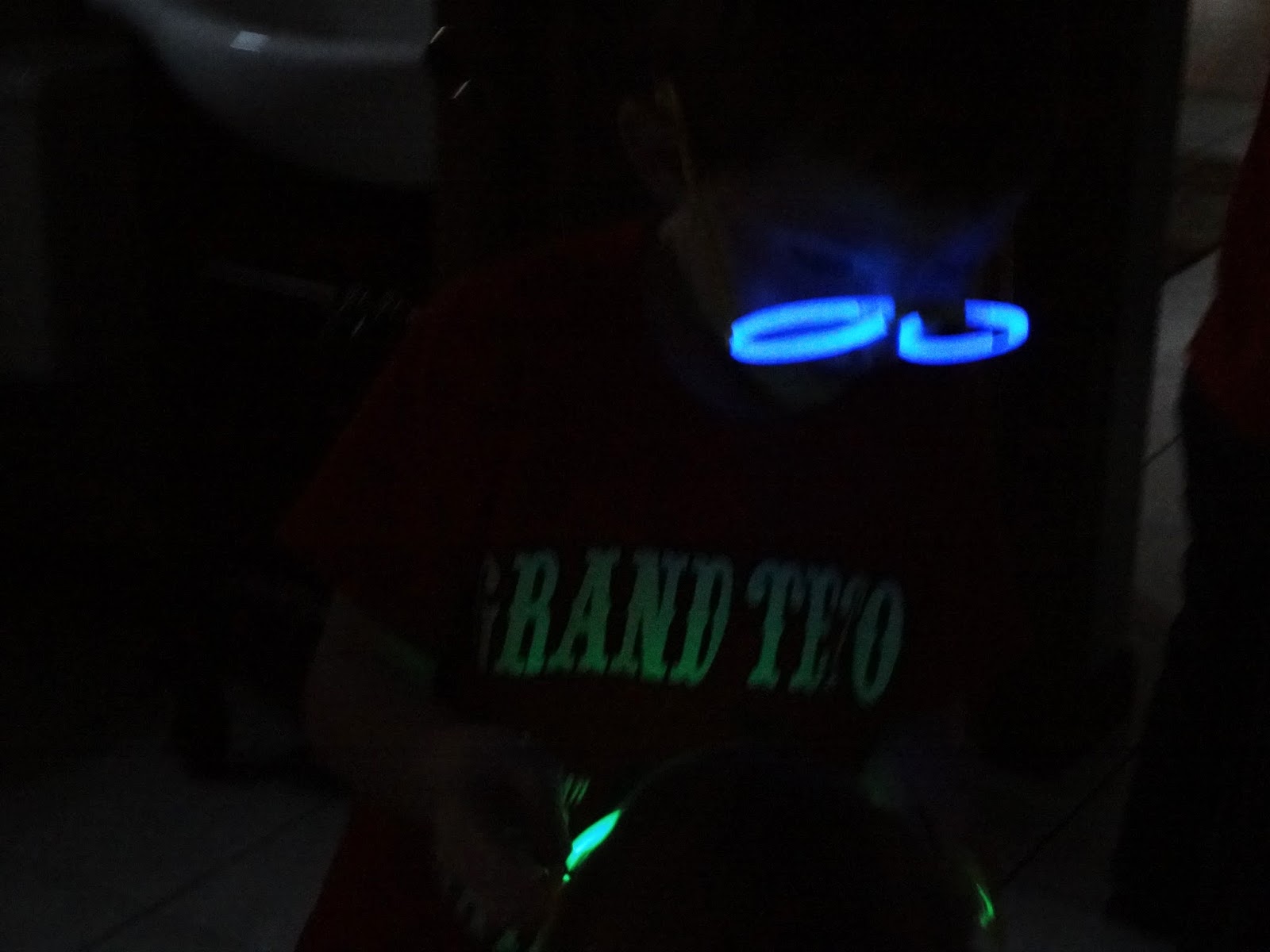 John and Michael checking each other out! 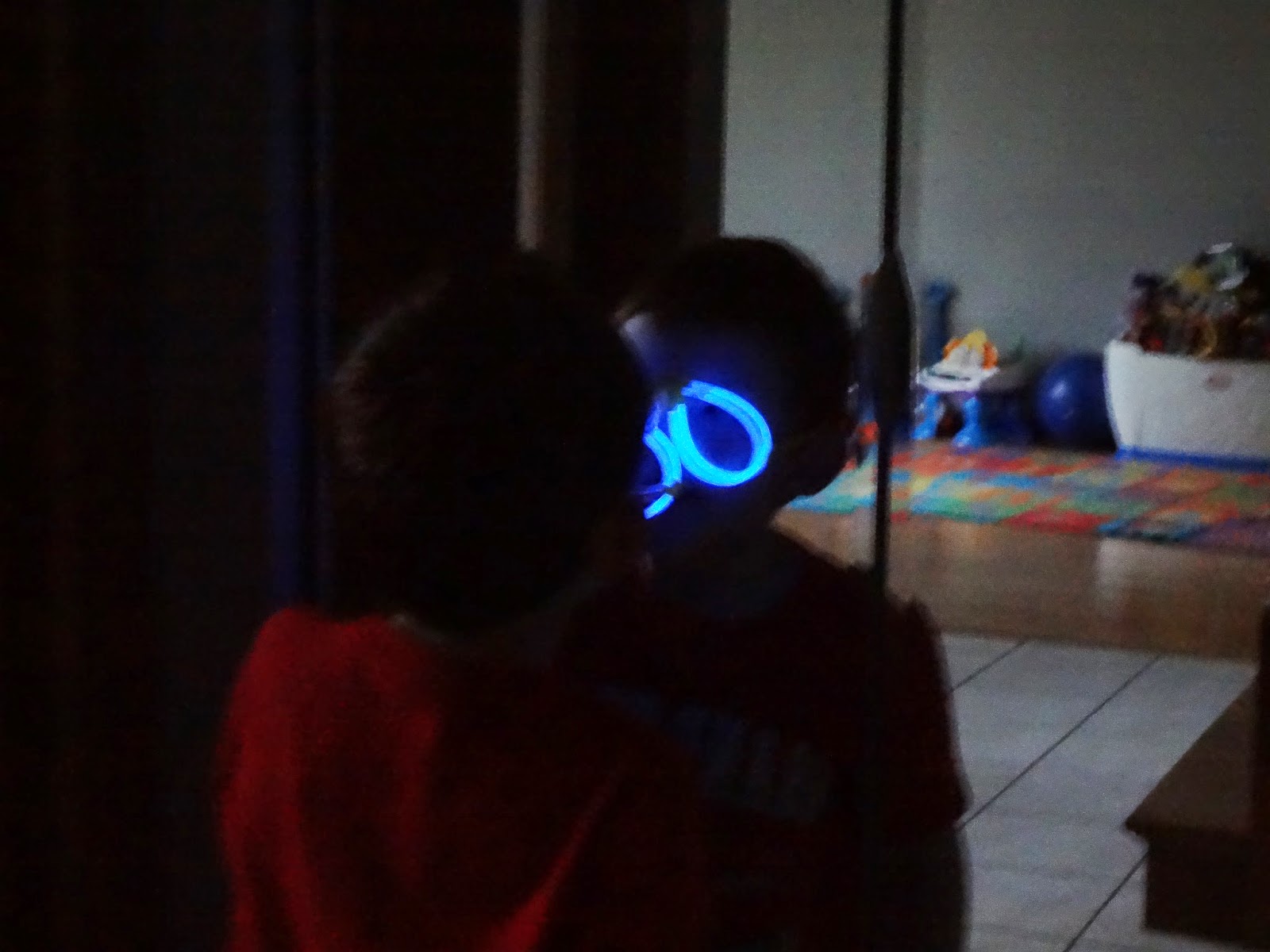 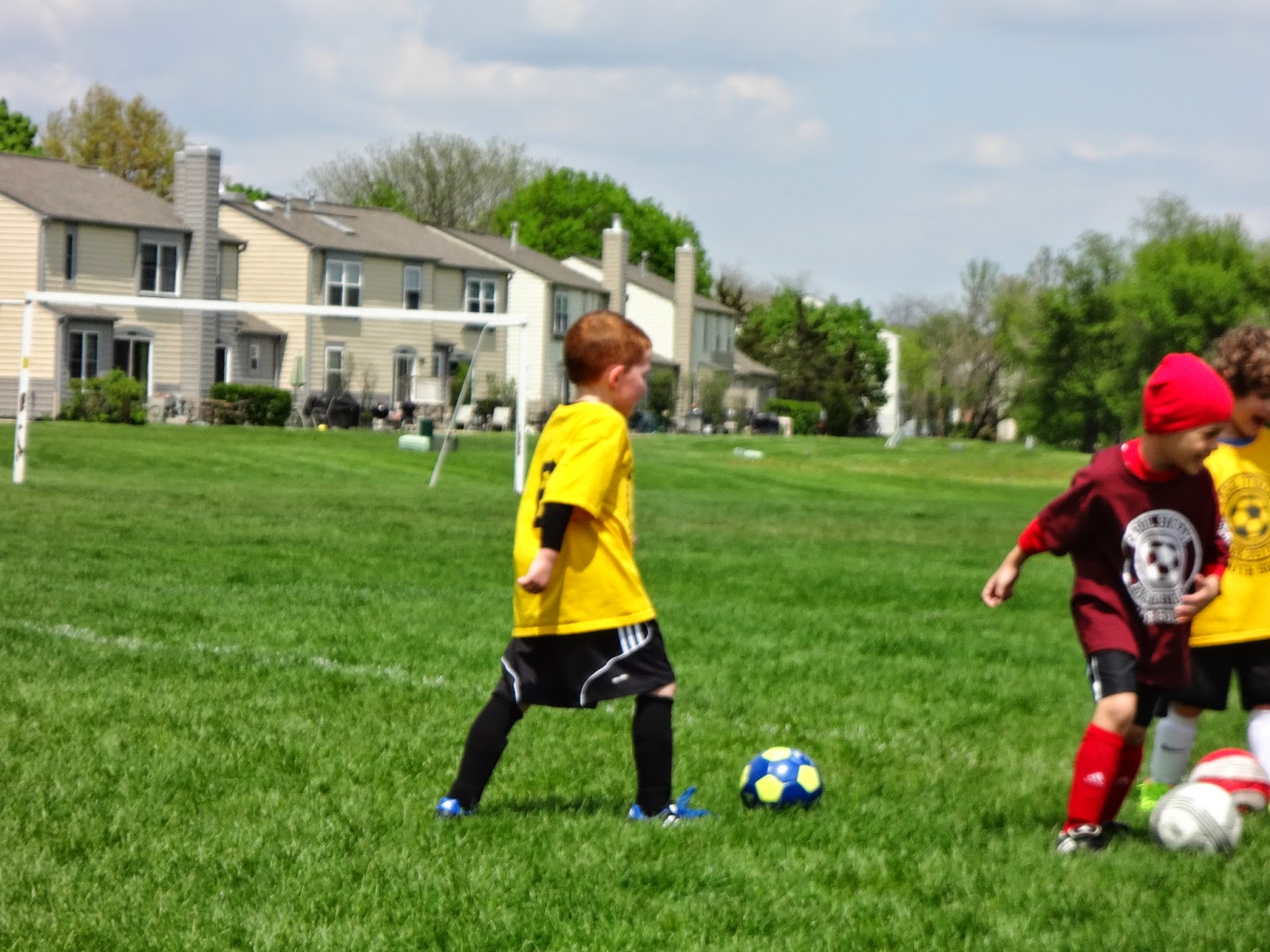 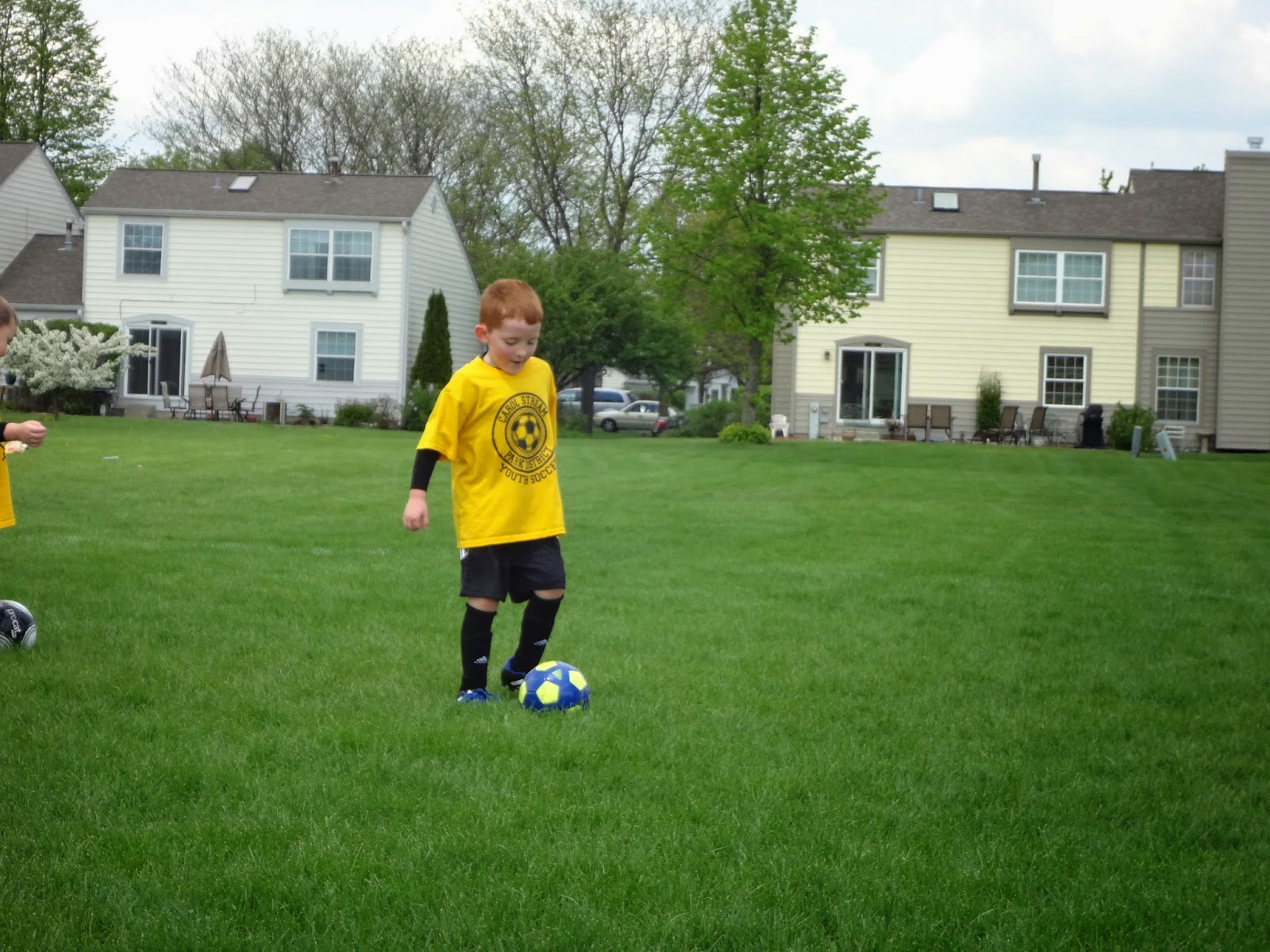 Look at those skills! :) 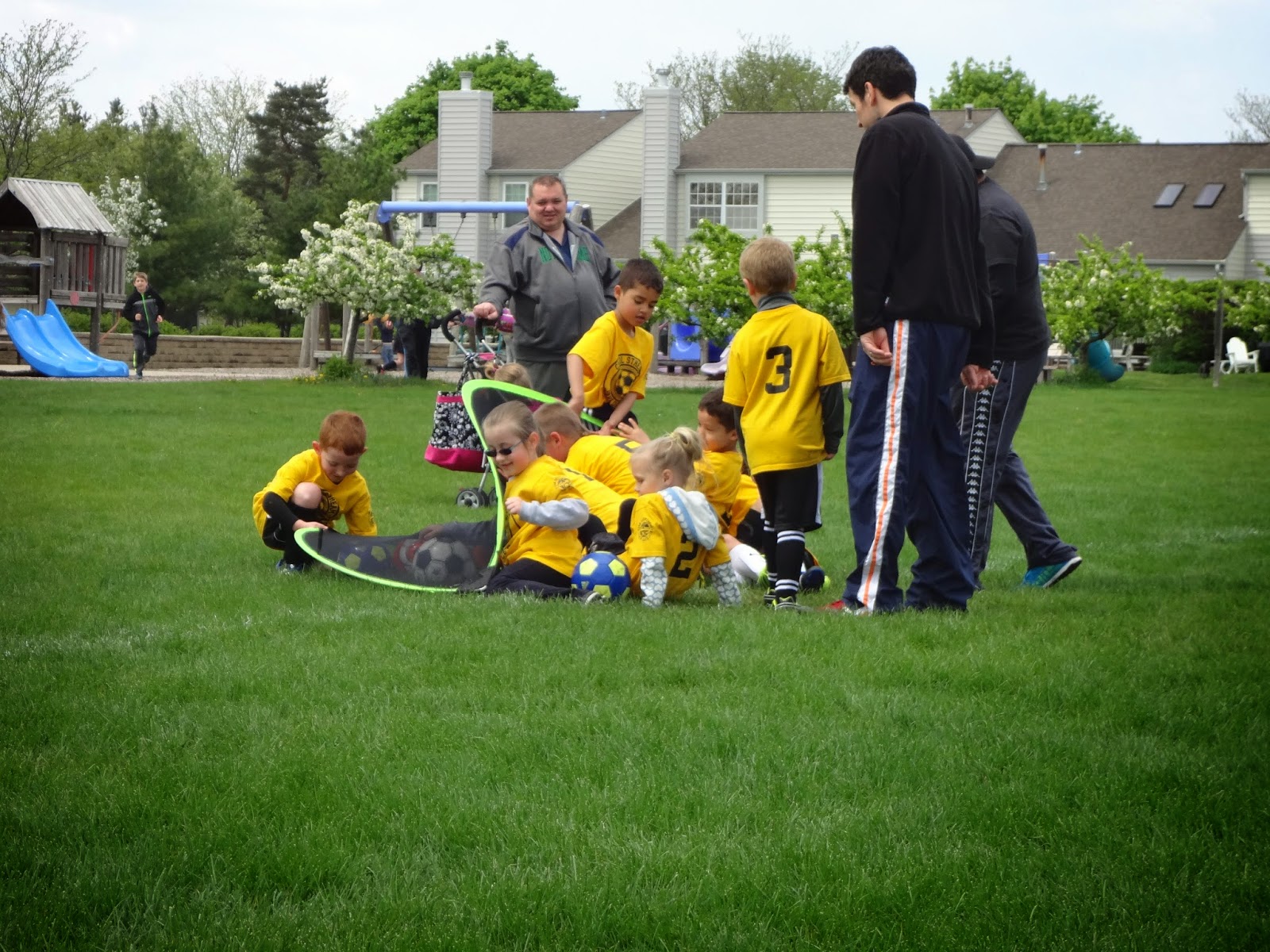 This was during practice.  They had all kicked their balls into the net and the coach told them to get them out...which resulted in a pile of cute kids! 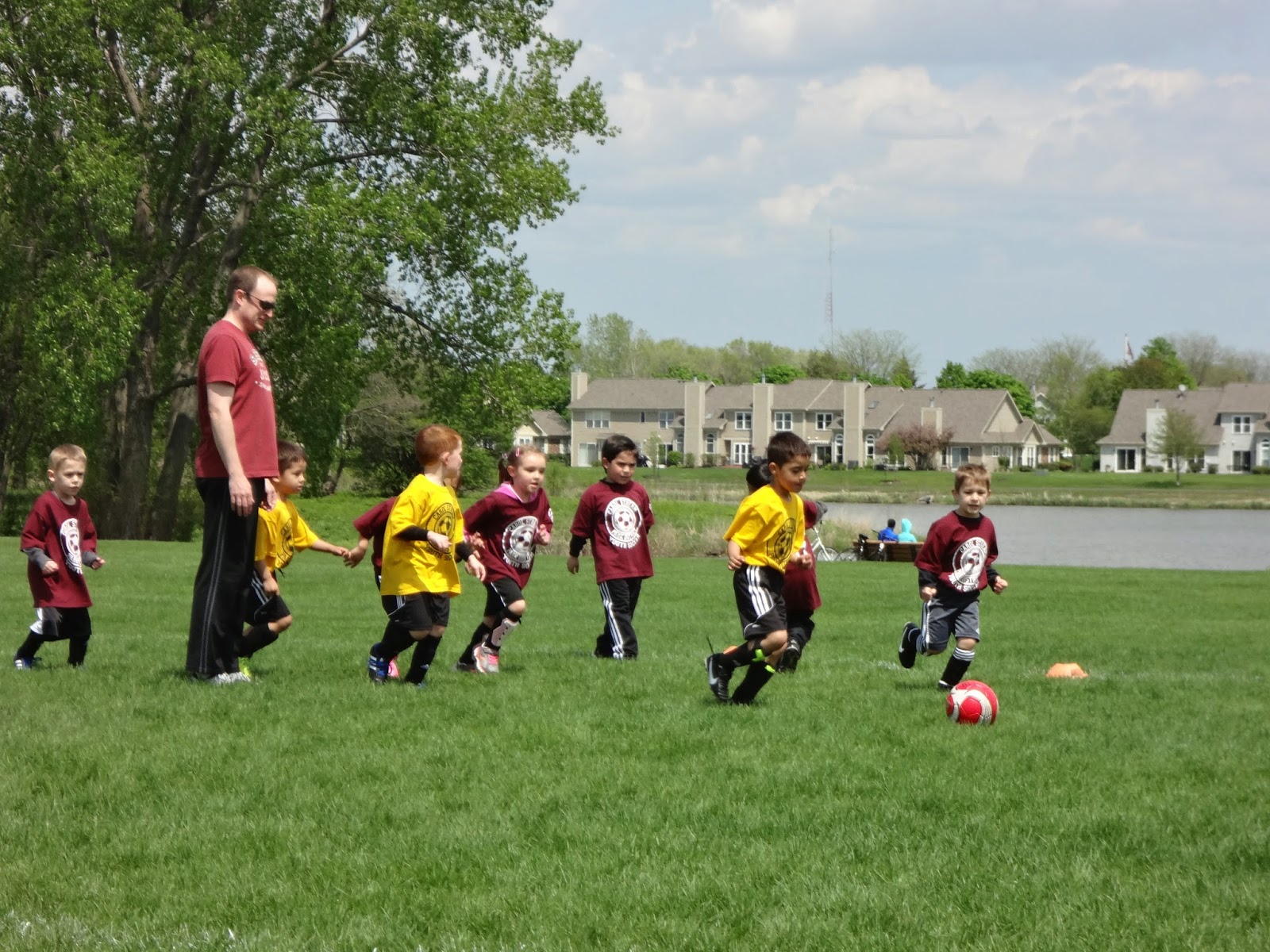 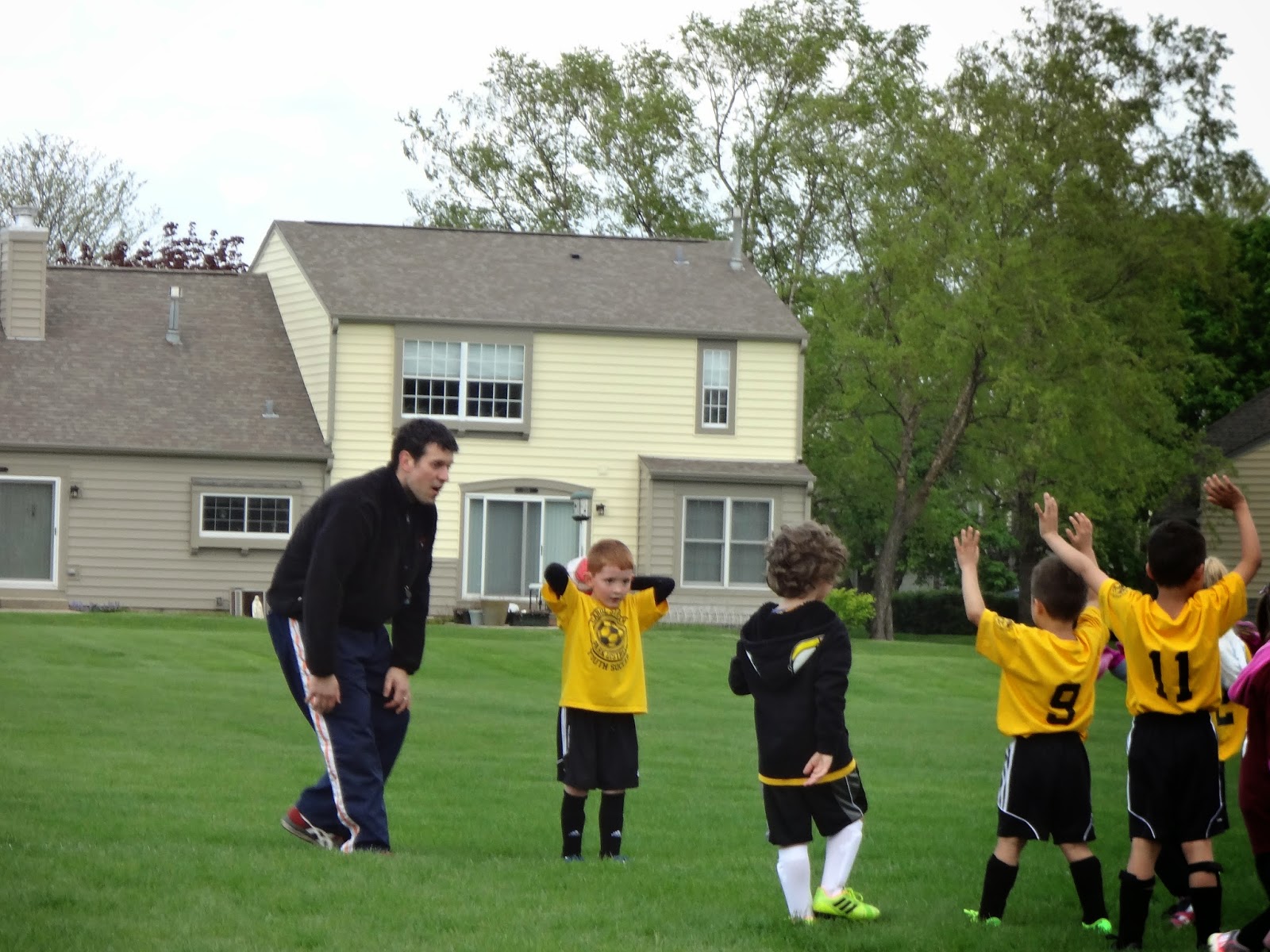 John throwing the ball back in during the game. 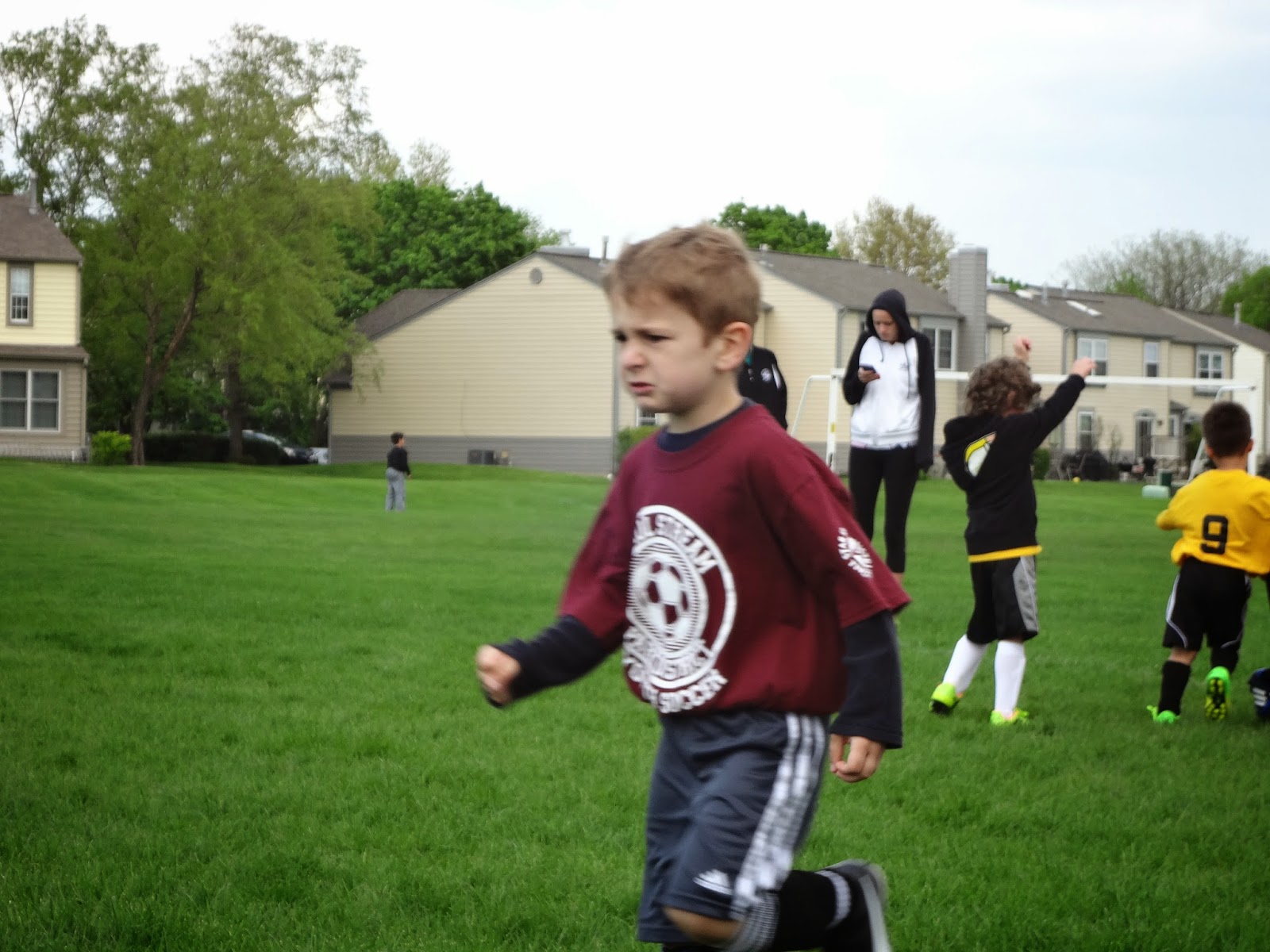 This kid was so funny!  Every time John's team scored he would run to his mom crying because his team didn't score.  I couldn't help but take a picture of him! 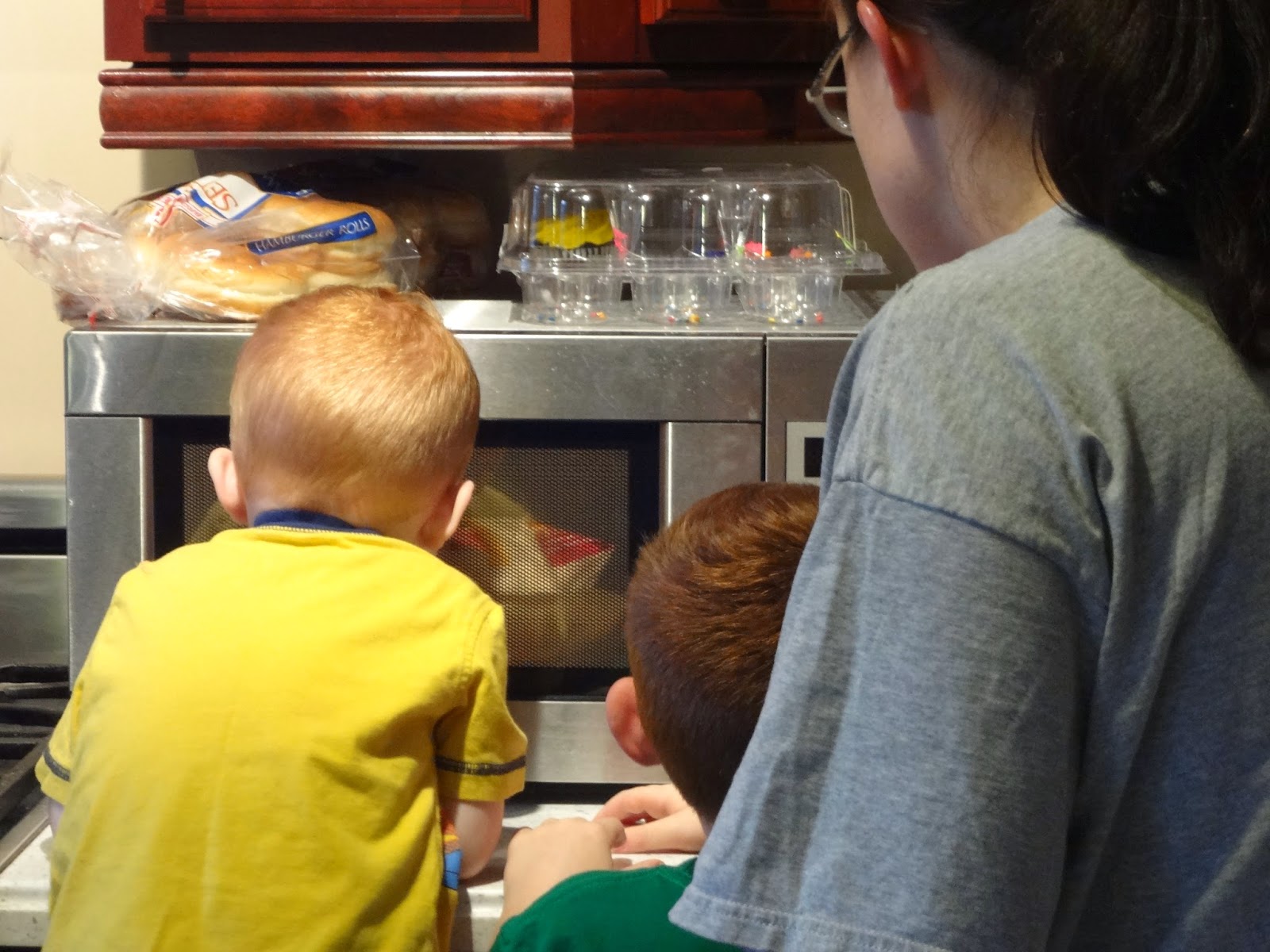 Watching the popcorn pop.  I forgot how exciting that could be! :)
Posted by Teresa at 8:06:00 PM

Haha. I think you were a bit confused on your sports at the beginning. :)