Joe, Ginger, Taylor, Hudson, and I went mini golfing this afternoon. And it was so much fun. The kids mostly liked playing in all the water, but Taylor actually got pretty good at golfing. Hudson was kind of in his own little world and would often unknowingly kick someone else's ball as he walked by. But the kid is cute and easy to forgive. I'll just blame my bad score on him! :) 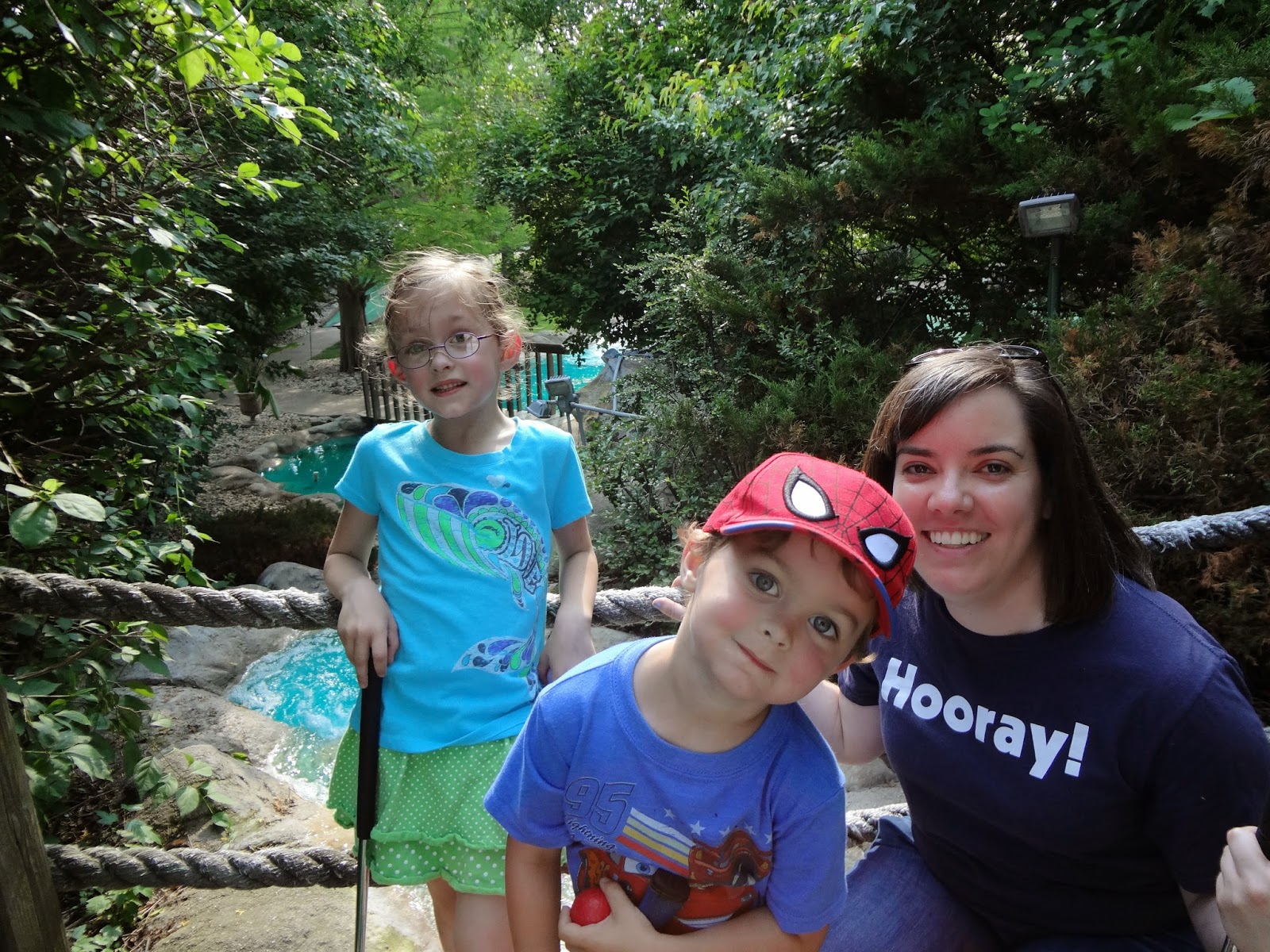 The first time the balls went into the water, the kids panicked, but then decided it was fun to play in the water! 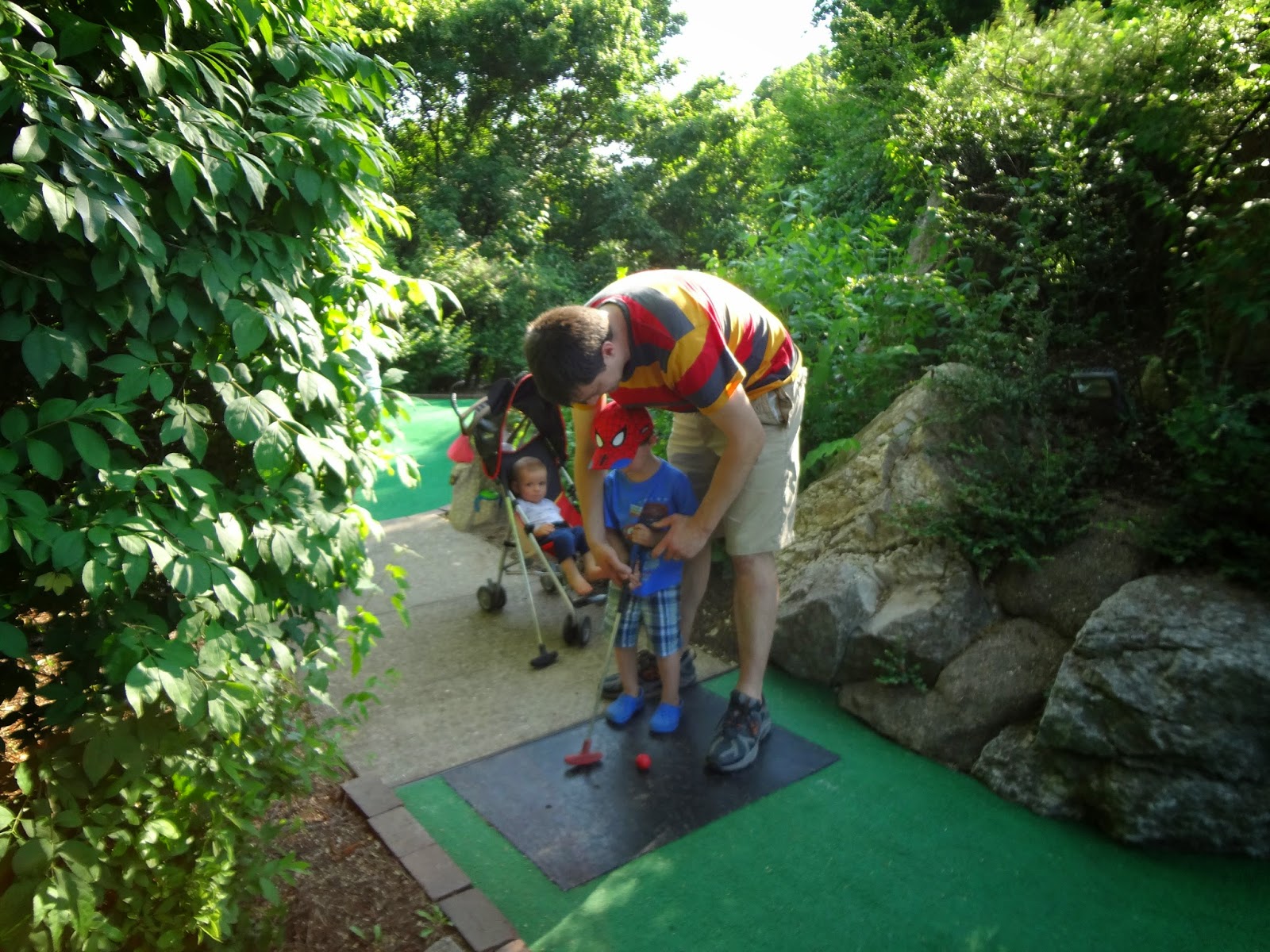 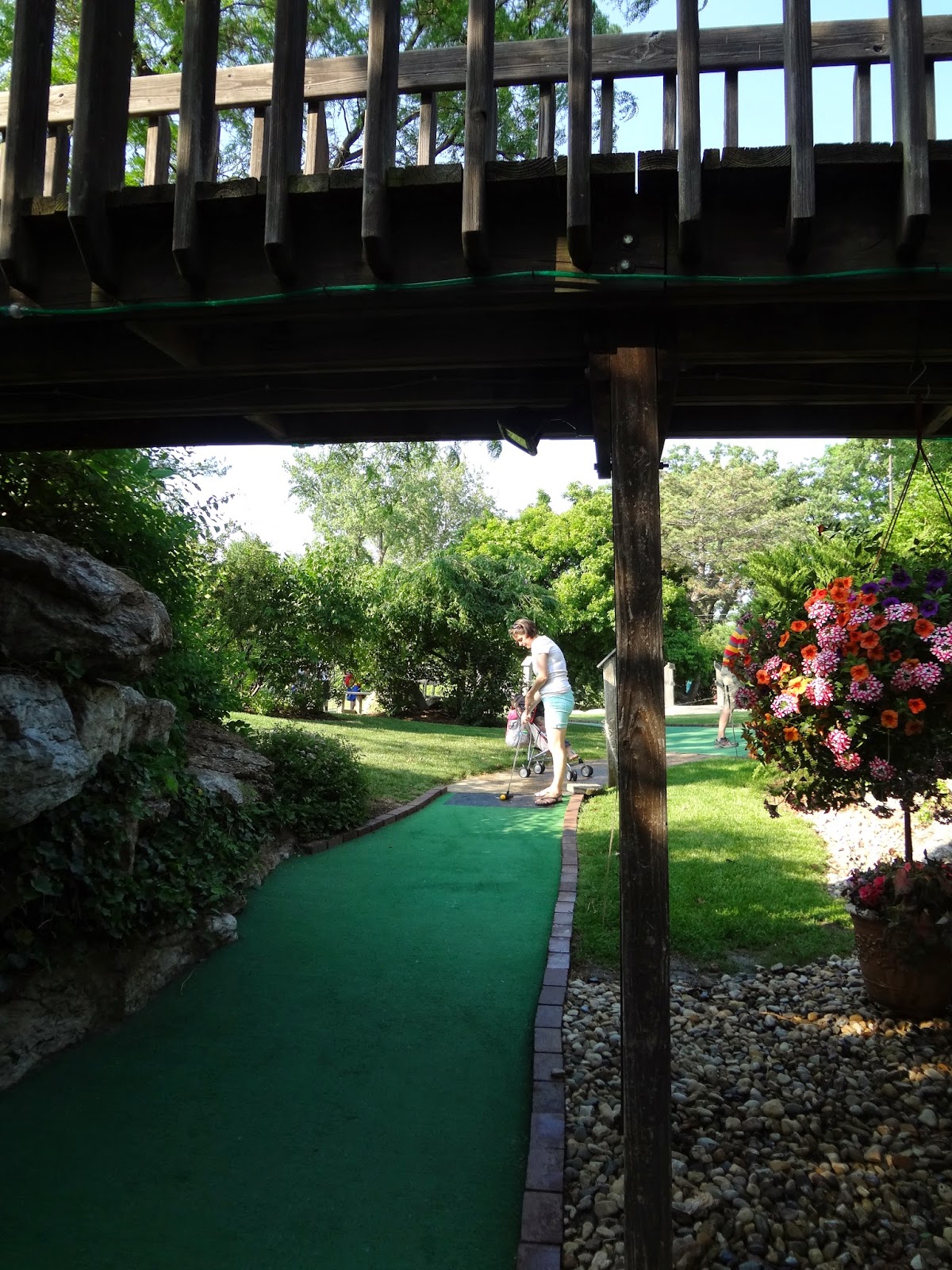 Ginger's put down a long stretch of green. 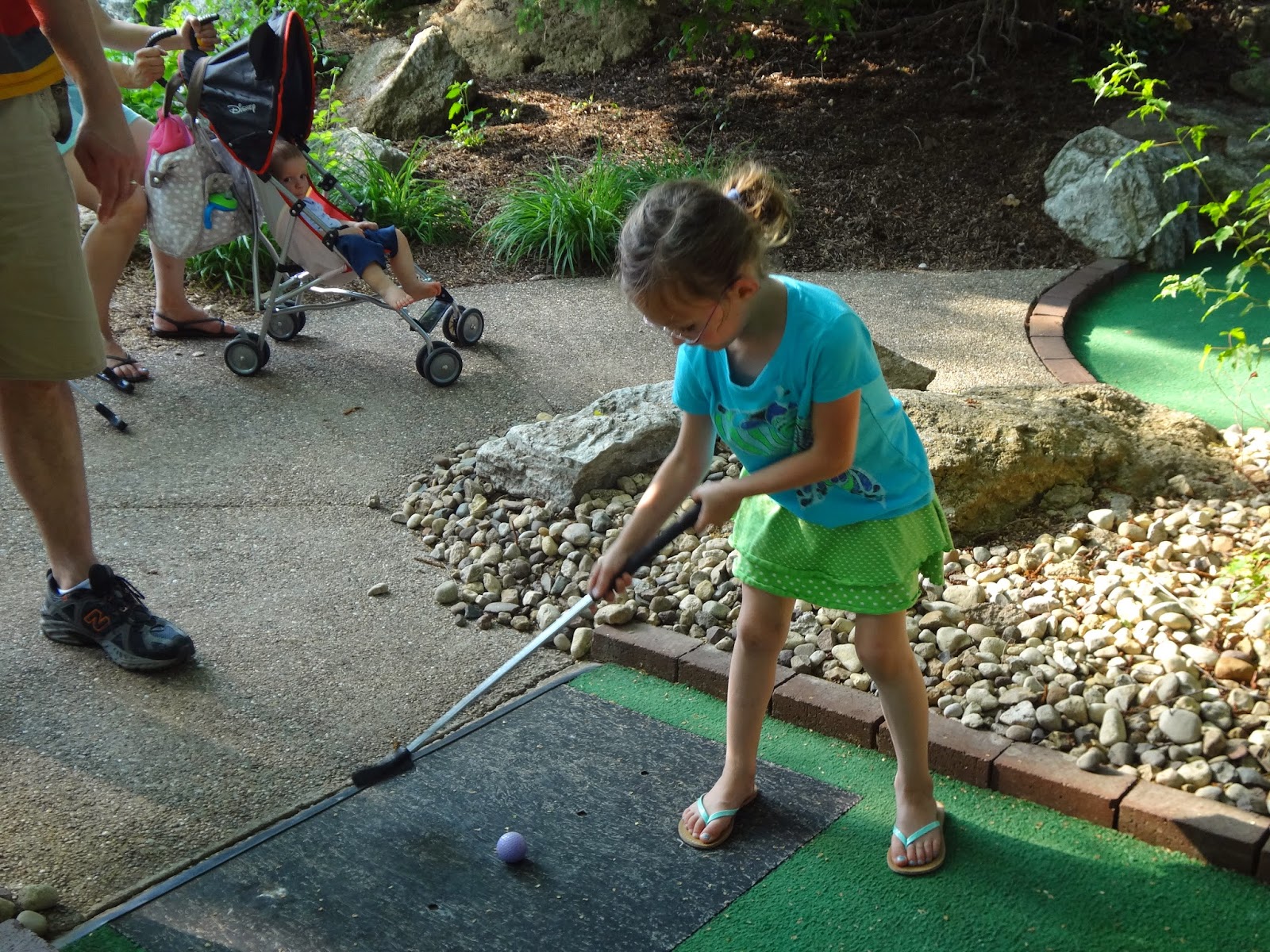 Taylor had this scoop method that worked really well for her!  Not bad for someone who called her putter a bat when we first started! 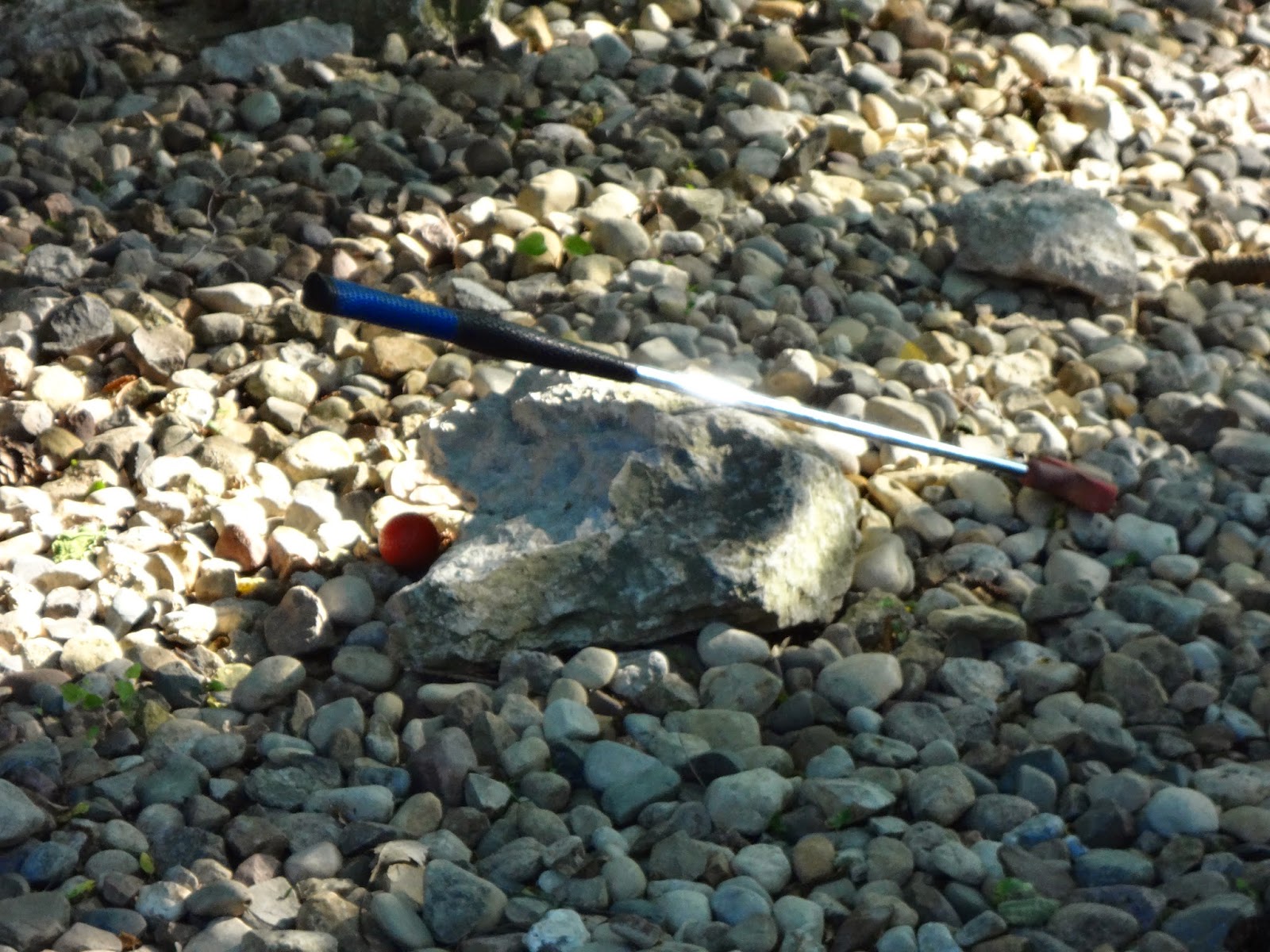 Hudson's ball and club found some interesting resting places while he wandered.  But he always knew where they were when it was time to move on to the next green. 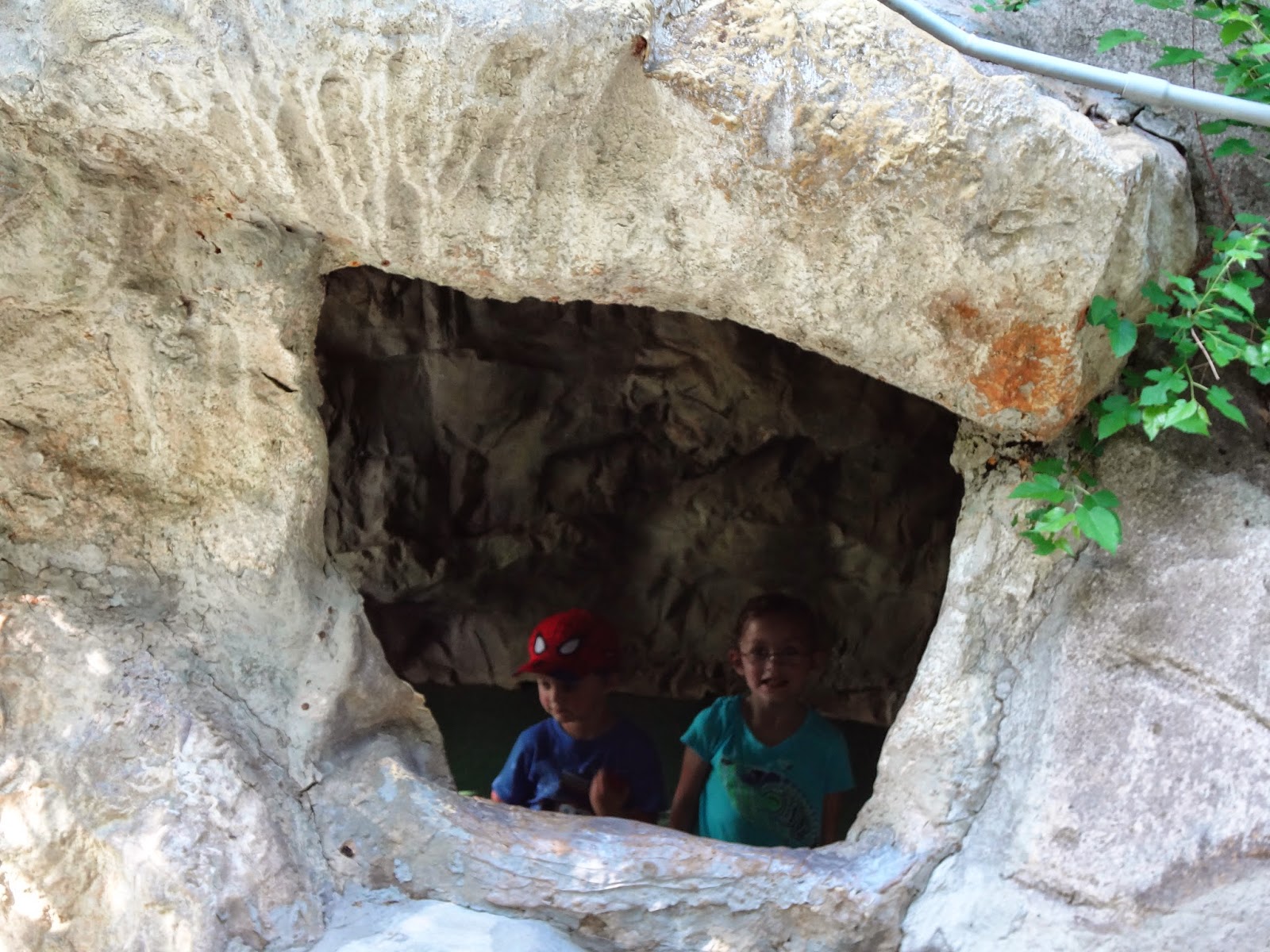 Through the window and into the cave!

Thanks for a fun evening, Burkes'!  And dinner from Chickfila was delicious too!  Joe said the loser had to buy dinner, but he was gracious since Ginger and I tied for loser.
Posted by Teresa at 8:55:00 PM