A Boy and His Dog

A boy and his dog playing catch: 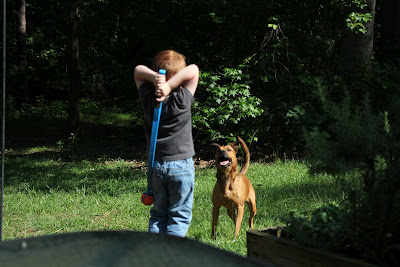 John took lots of "rests", although he would never call them that.  But this one lasted long enough for ZuZu to chew on her toy at his feet: 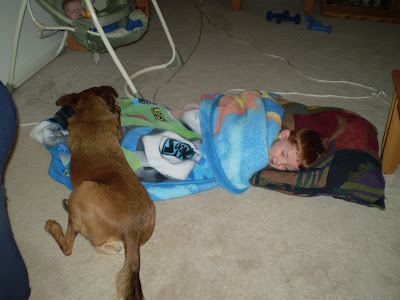 Another rest while watching TV.  ZuZu makes a great pillow.  She is the greatest dog ever.  I have pictures of John when he was two just sitting on her while he watched TV.  She can be so patient with him. 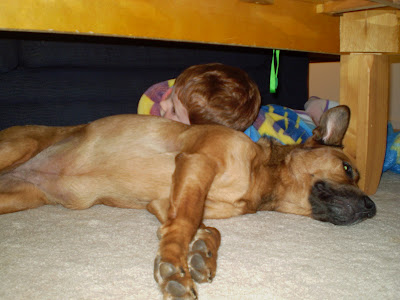 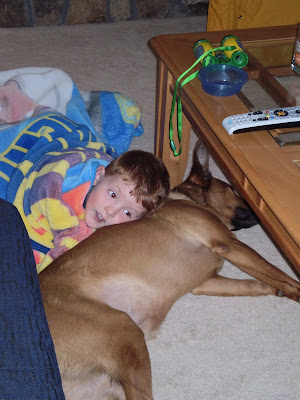 John made a fort and even included the red blanket just for ZuZu to lay on in his fort.  Here he is totally pretending to sleep so that I can take the picture.  When he saw I was going to take his picture this was the pose he chose. :) 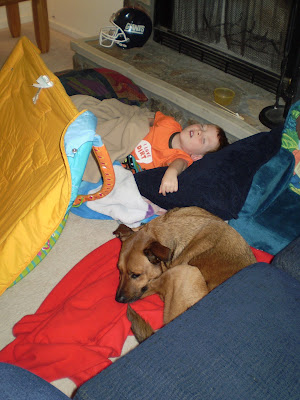 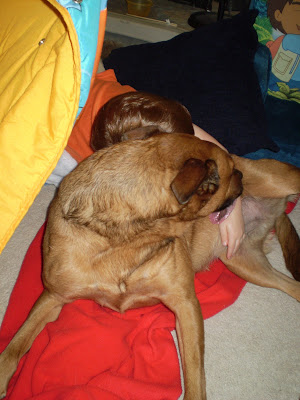 Playing tug-of-war.  I mentioned in an earlier post that ZuZu is so much more gentle with John.  She tugs her toy hard enough that it is a challenge for him, but doesn't pull him over.  When I play tug-of-war with her, I have to brace myself with all that is in me so she does not pull me over.  And even then she often wins. 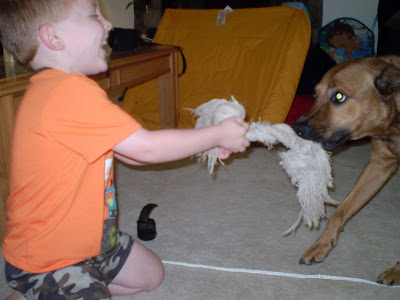 Who is going to get it? 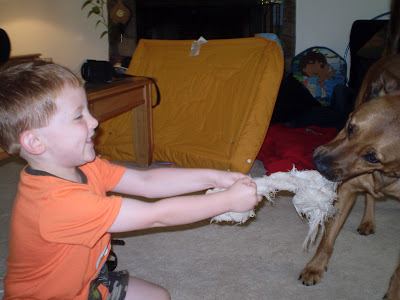