A boy and his rope

This is the rope that John measured as "One hundred fifty sixty thirty!"  He LOVES this rope.  The boy has thousands of dollars worth of toys at his disposal and he would spend hours with this rope just tying it to things and then untying it and tying it to new things.  I am not exaggerating when I say that this rope is as long as the house.  In one of the rare moments that it was not tied to something, I had John walk down the hallway with it.  I was in the living room and he walked all the way into the master bedroom and then into the master bathroom with it. 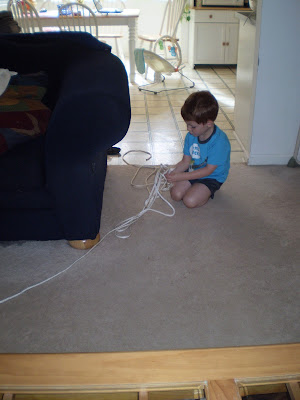 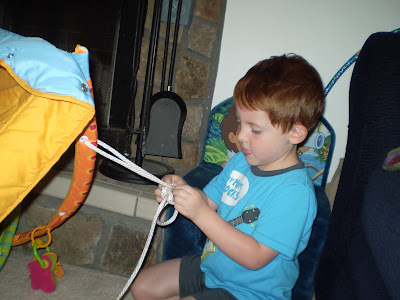 Just look at the concentration! 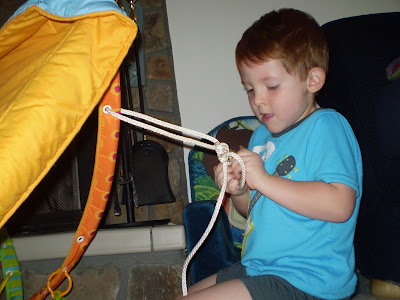 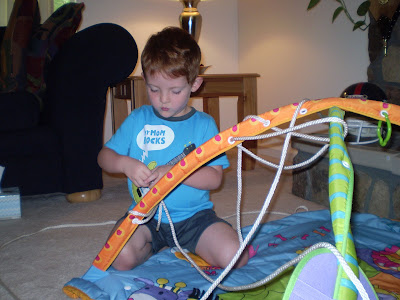 Here he is making a "jungle" for Michael. 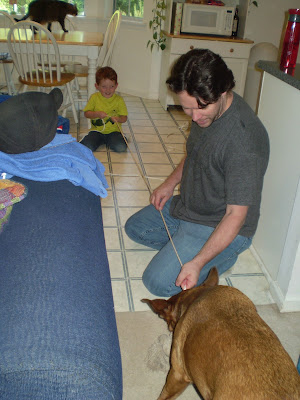 And then the big boy, AKA my brother, got involved in the rope creativity.  He tied one end of the rope around John and the other end to the dogs toy.  He was trying to get the dog to pull John across the kitchen floor. 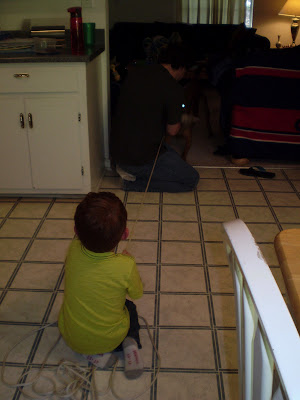 The only problem is that ZuZu is super gentle with John.  Knowing the rope was attached to him she was being really careful, so Chris was trying to hide her view of John.  After this picture, Chris tied the rope to the dog's collar and had me call her down the hallway so she would pull John.  I wish I could have gotten a recording of John's laughter! 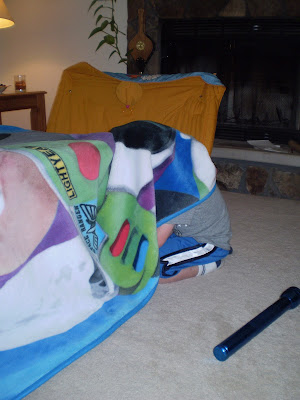 In this picture you can't actually see the rope, but trust me, it was under the blanket and making our fort extra cool!

We also used the rope to decorate the dog's bed, connect two "boats" (aka couches), entertain the cats, make really long non-venomous snakes (because John took the venomous out of it so it would be nice), and other things that I am forgetting at the moment!  By the end of the week he was very proficient at tying knots, even if he didn't really know what he was doing.  But not always so good at getting the rope untangled.  We had a few frustrating moments over this.  But we learned, "It's okay because sometimes you have to practice!"
Posted by Teresa at 9:07:00 PM