The week I was in Chicago there was much activity in the household.  Here is some of that activity in pictures. 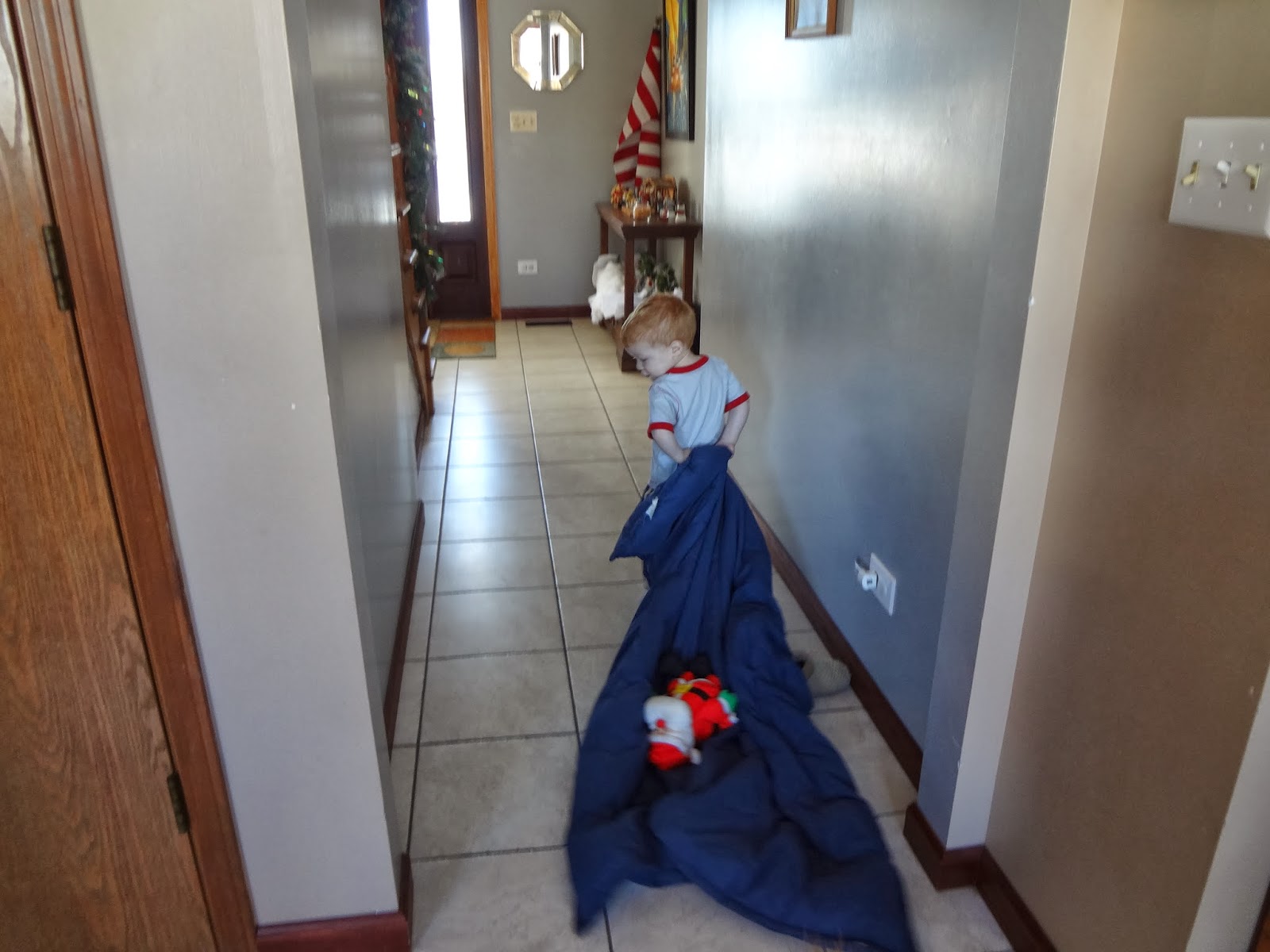 Michael giving Santa a ride around the house.  John had been pulling Michael around but got tired, so Michael was just walking around with the blanket and Mom suggested he give Santa a ride.  So cute! 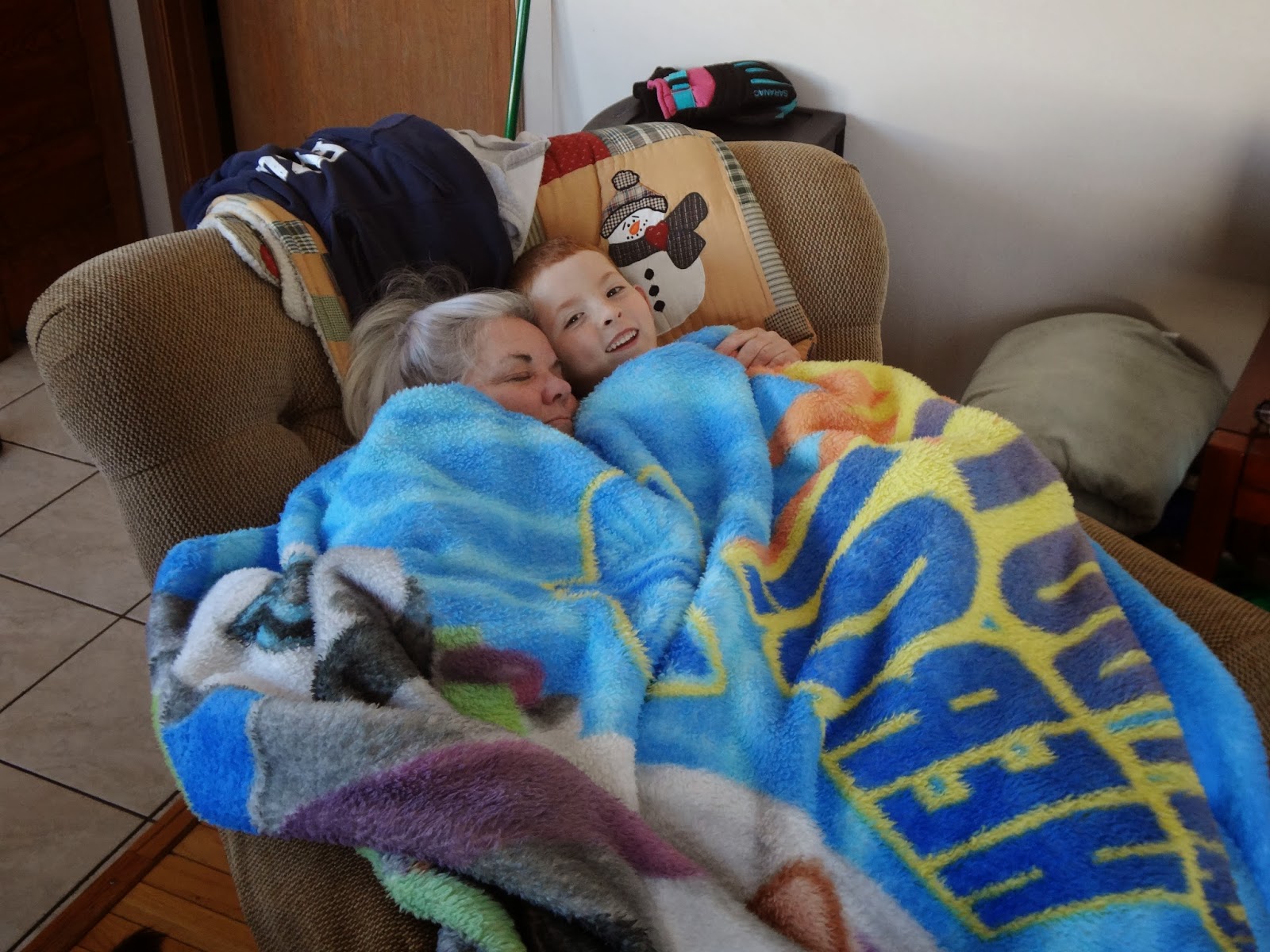 Lots of rest time and naps happened too. 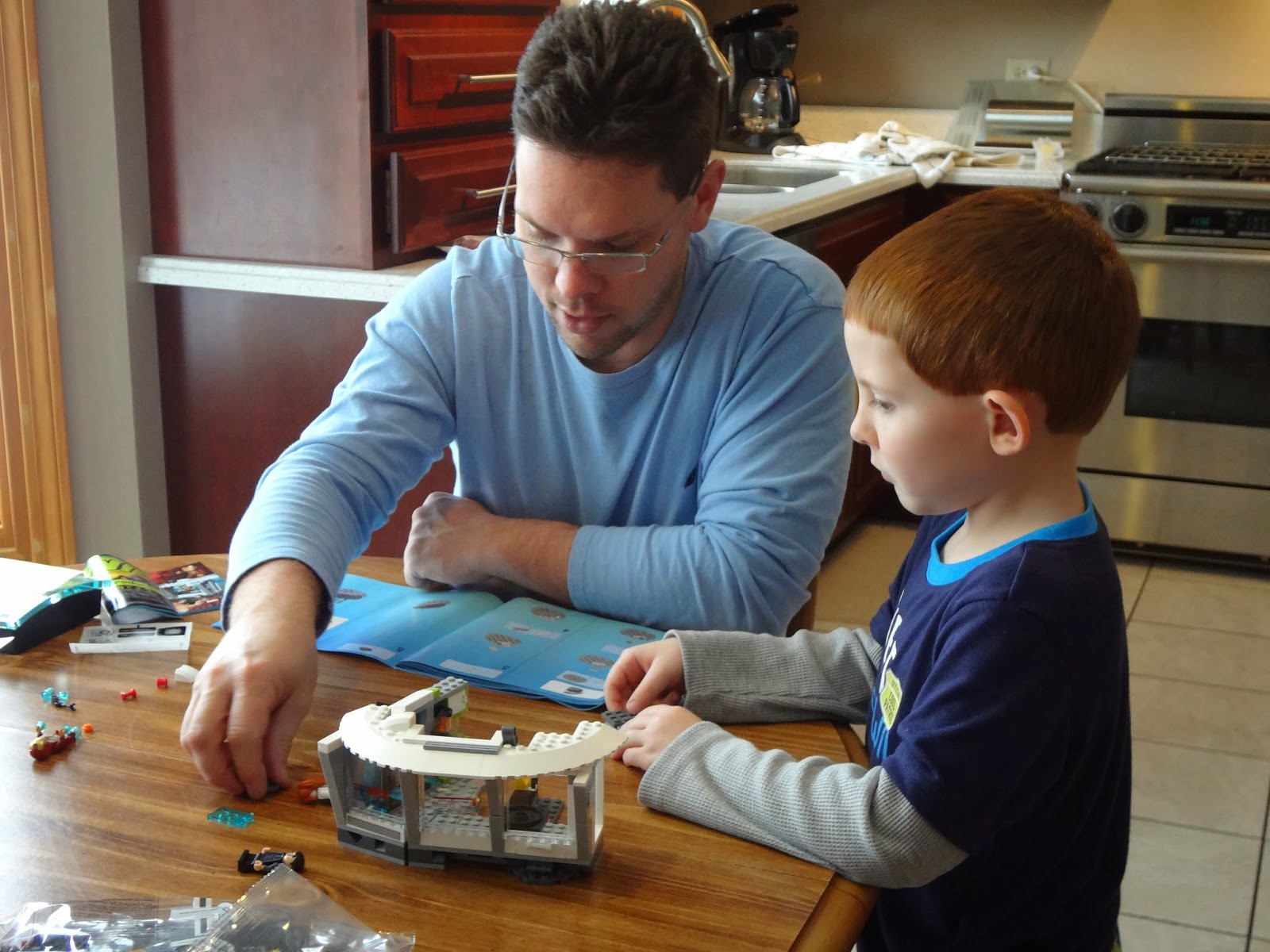 Chris and John building Legos.  John got several sets with a bazillion pieces each. 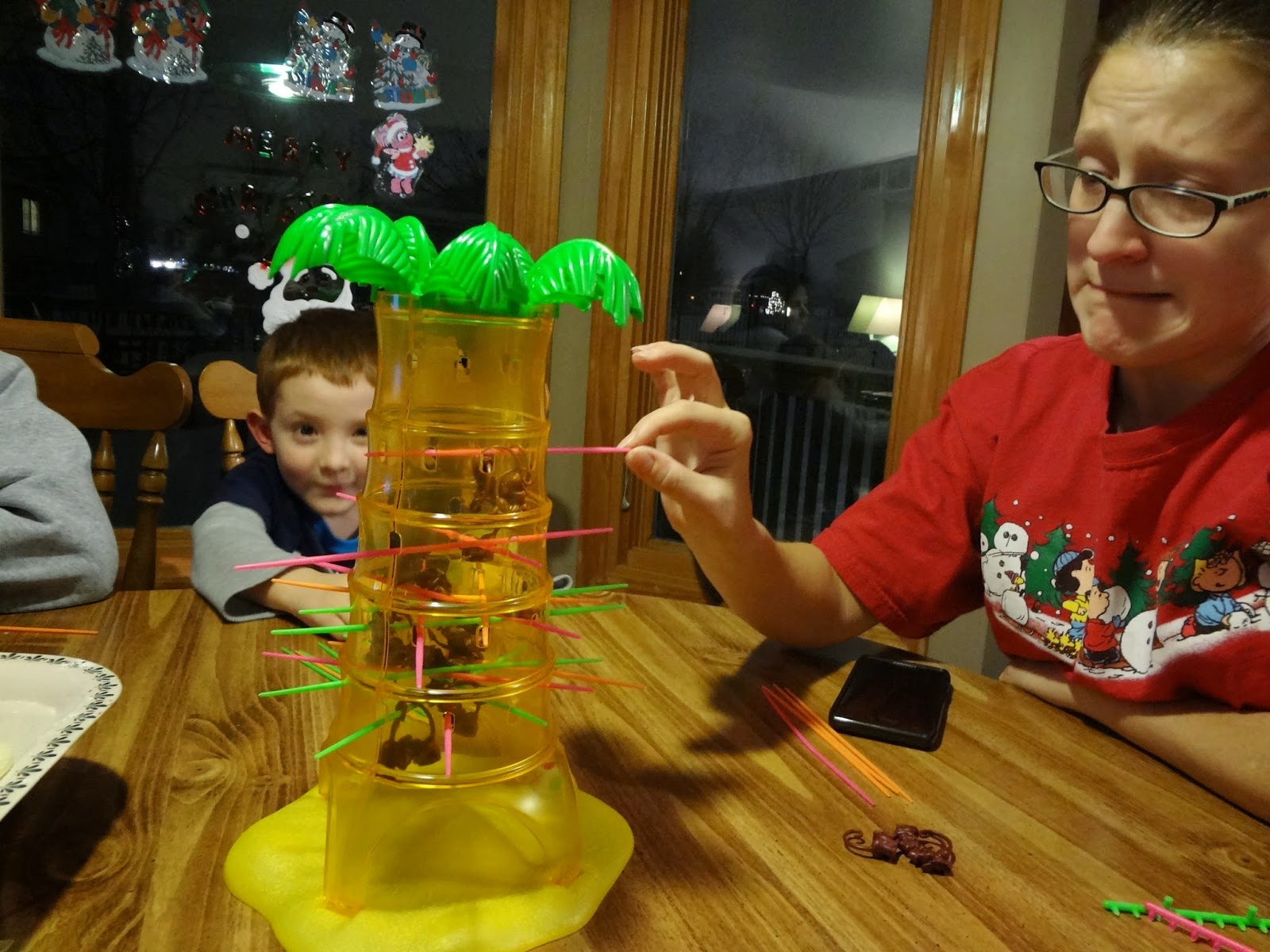 Playing one of John's new games--Tumblin' Monkeys.  Ann didn't want to get any monkeys and John was hoping she would! 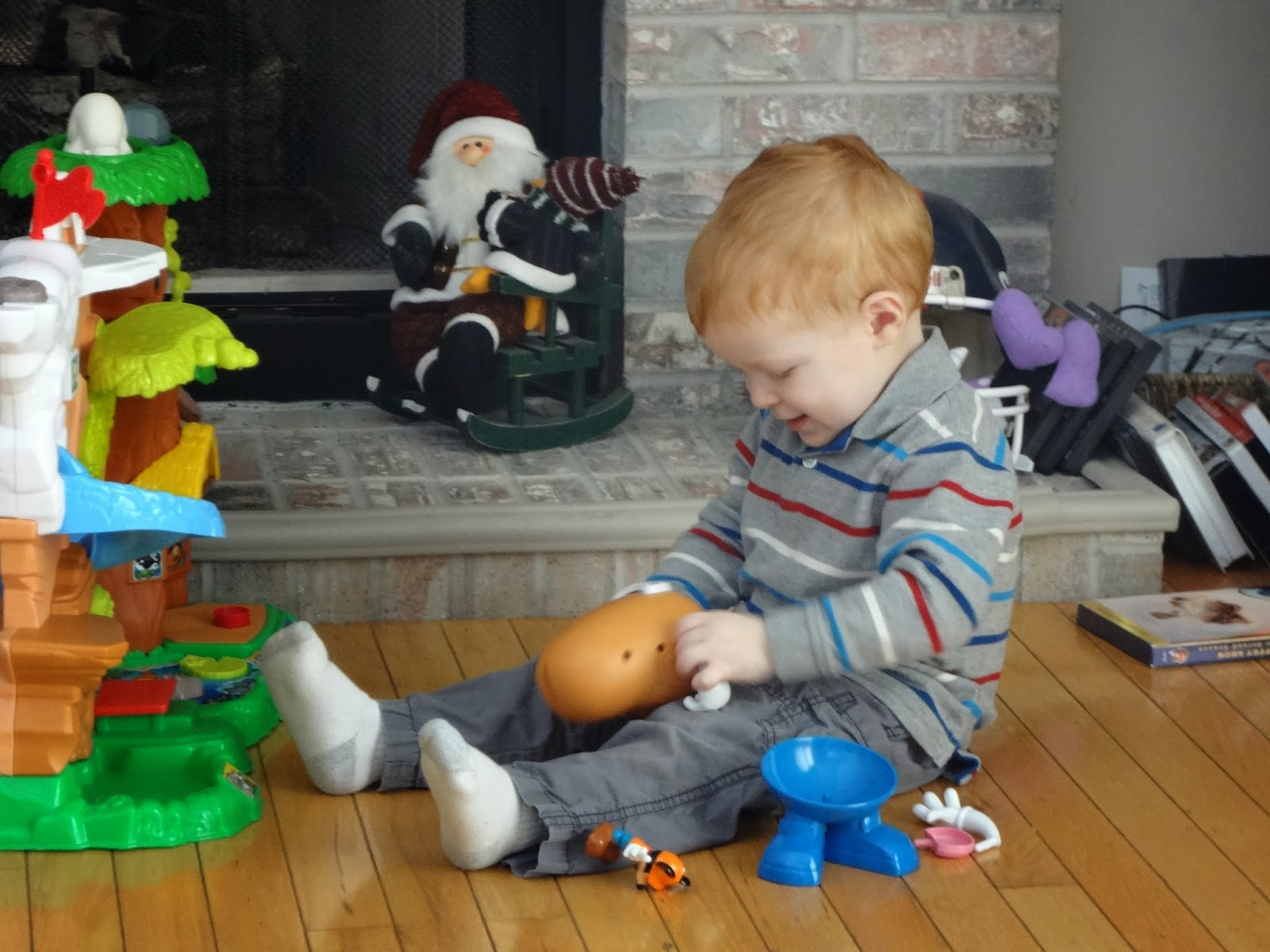 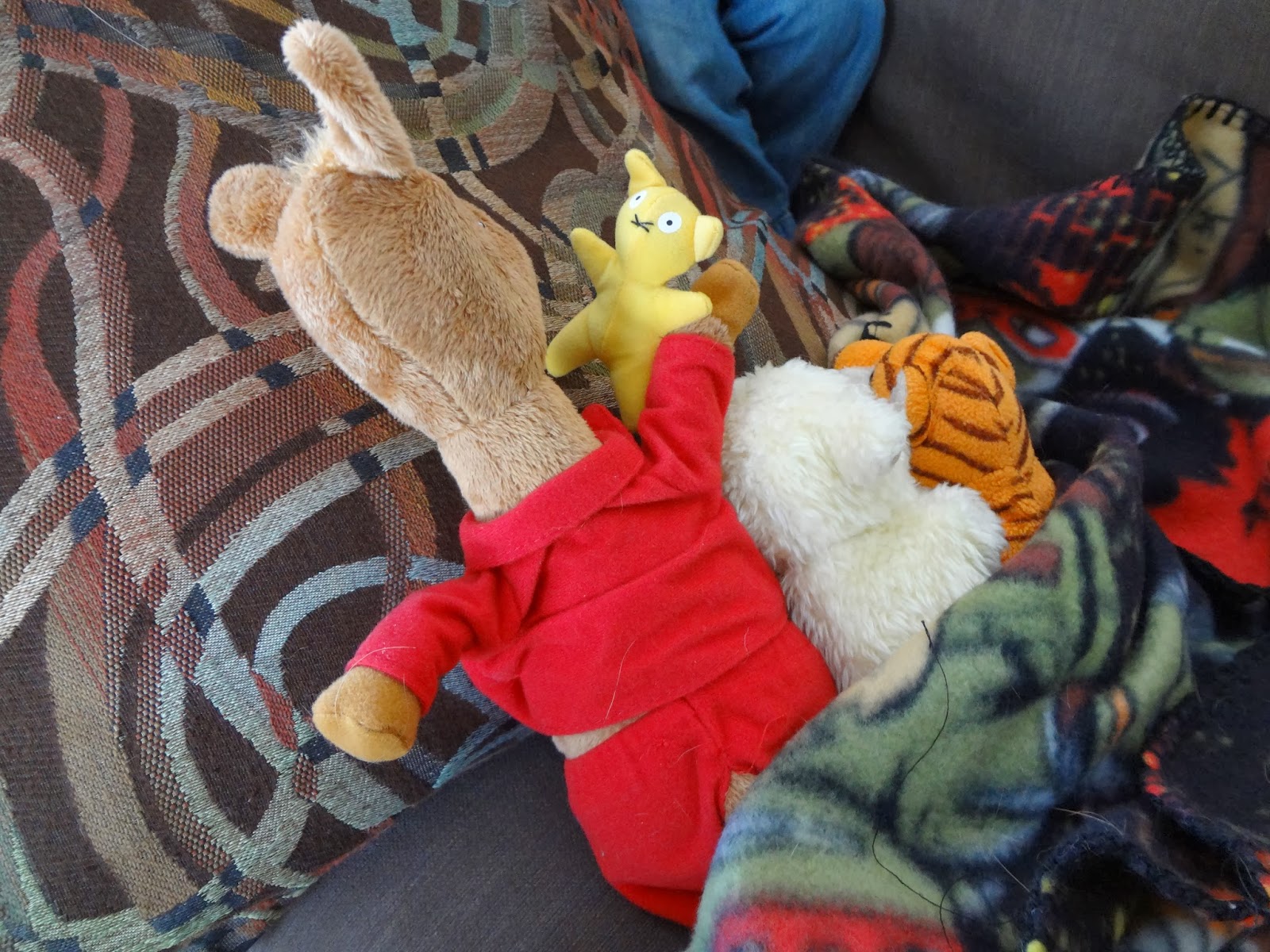 Playing the "Night-Night" game.  This time we put Llama, Llama, Lambie, and Tony to sleep and tucked them in. 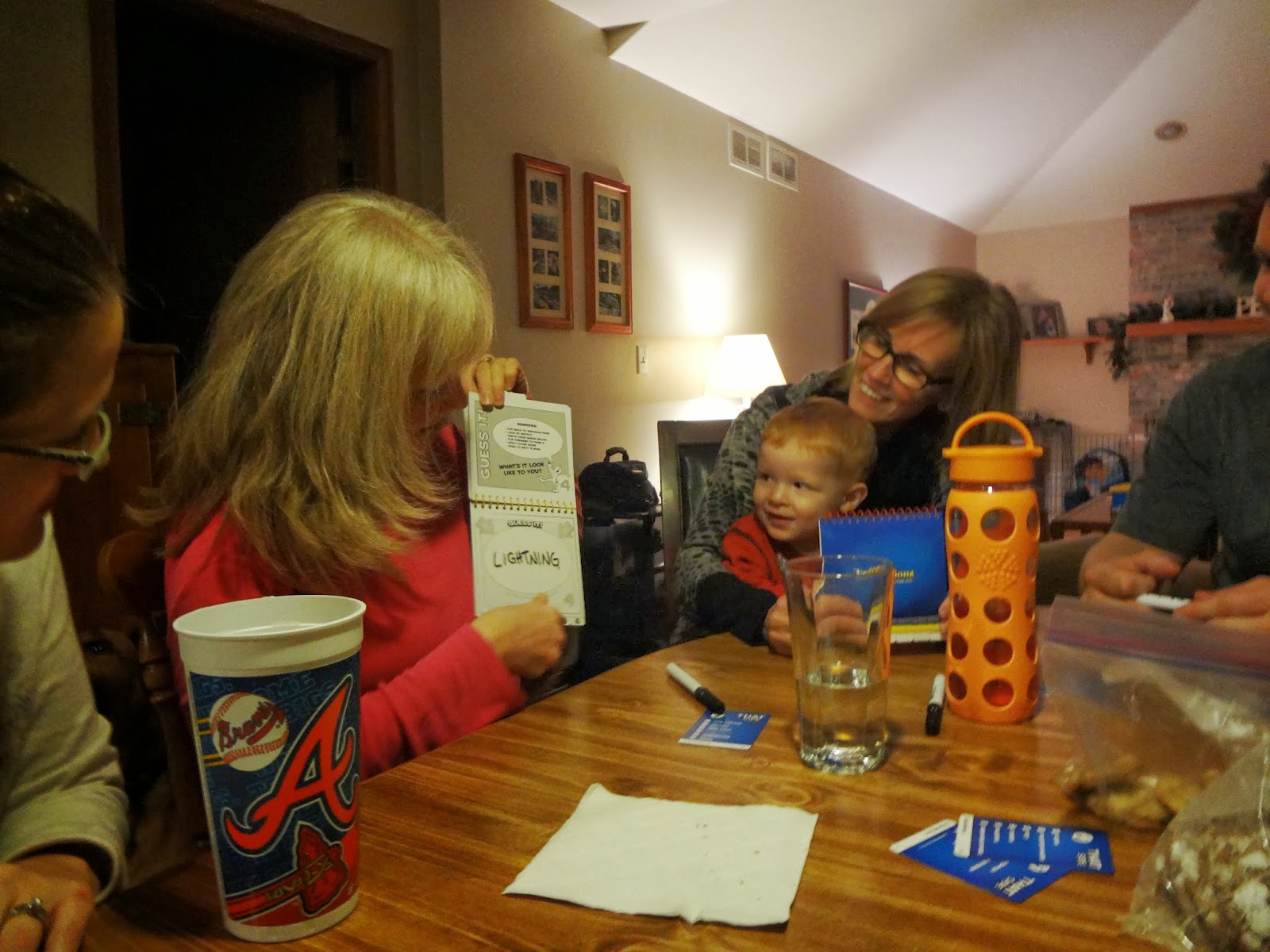 Game night with some family.  We played Telestrations.  And laughed a lot. 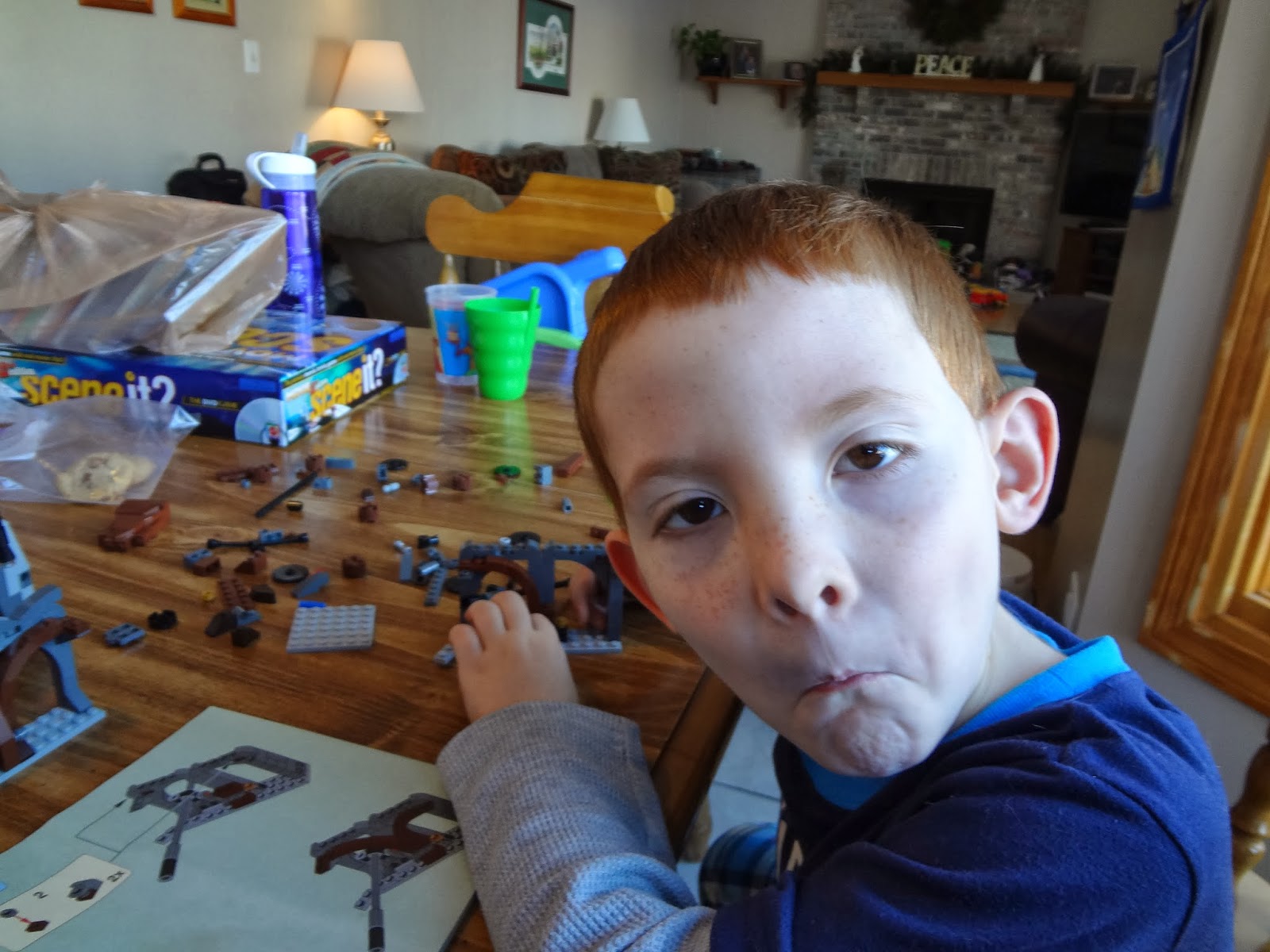 Building more Legos.  John can build sets pretty much by himself but likes to have help. 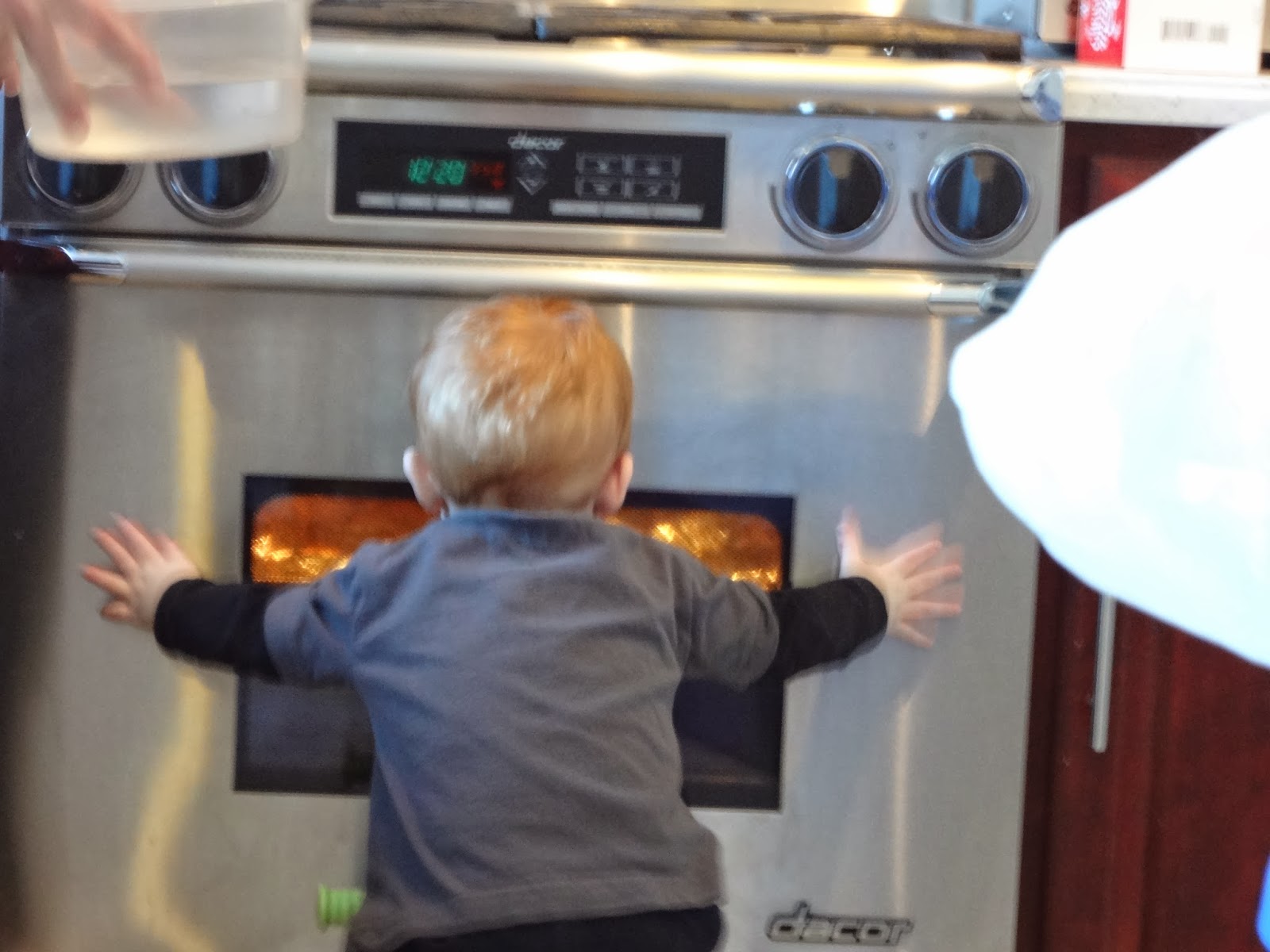 Watching the pizza bake in the oven. 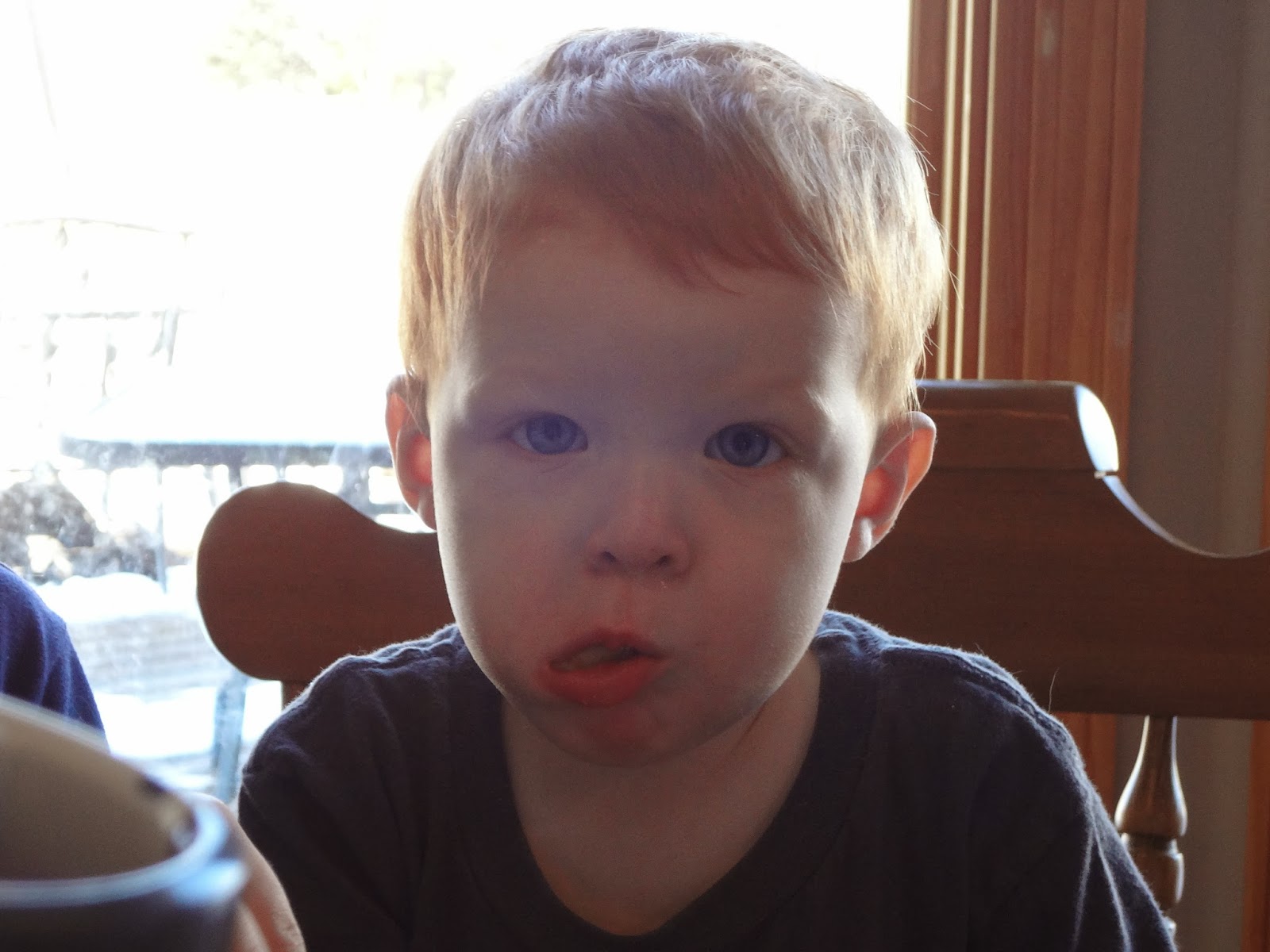 How many french fries do you think Michael has in his mouth?! 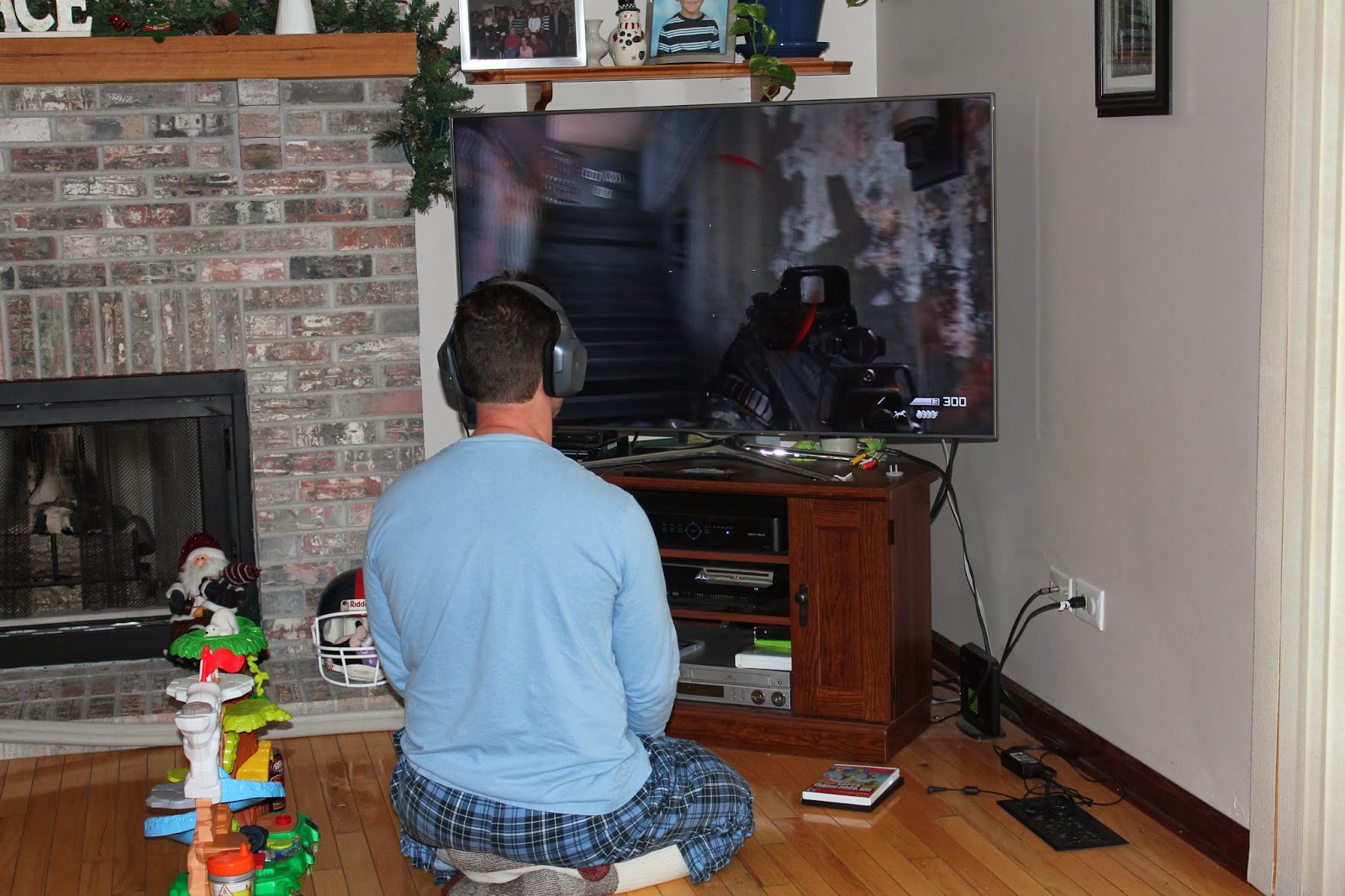 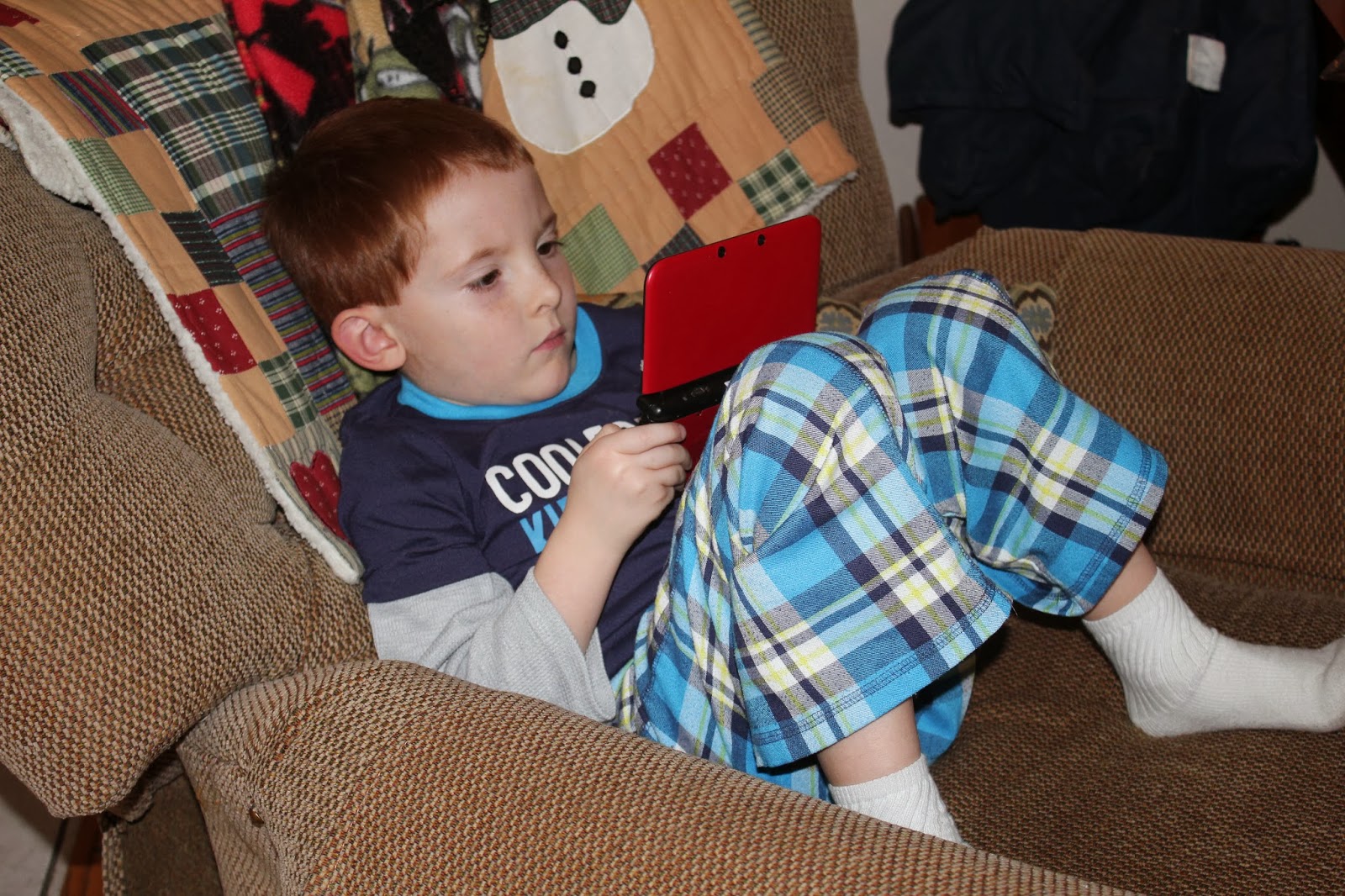 Playing Mario Kart on the DS. 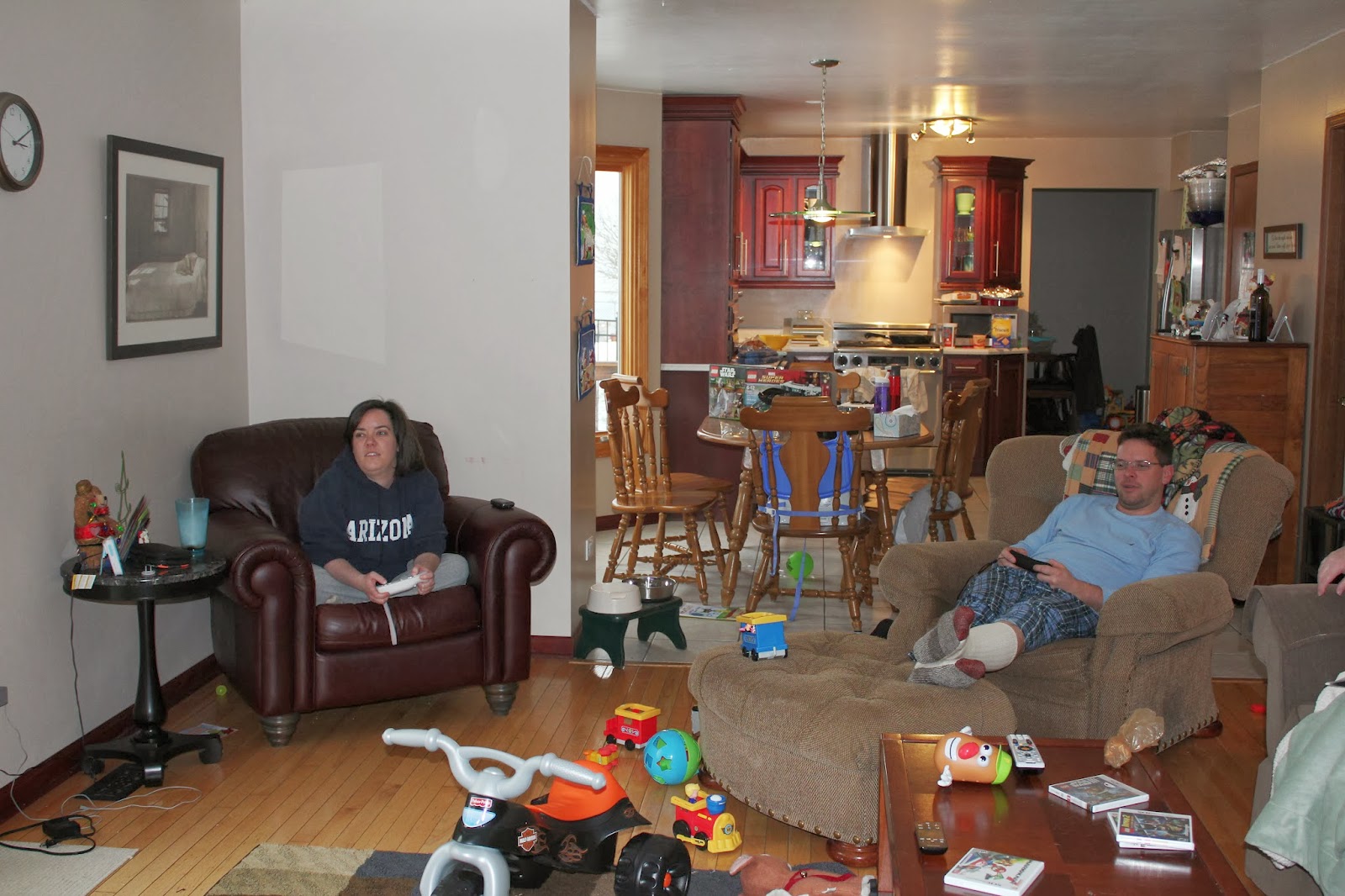 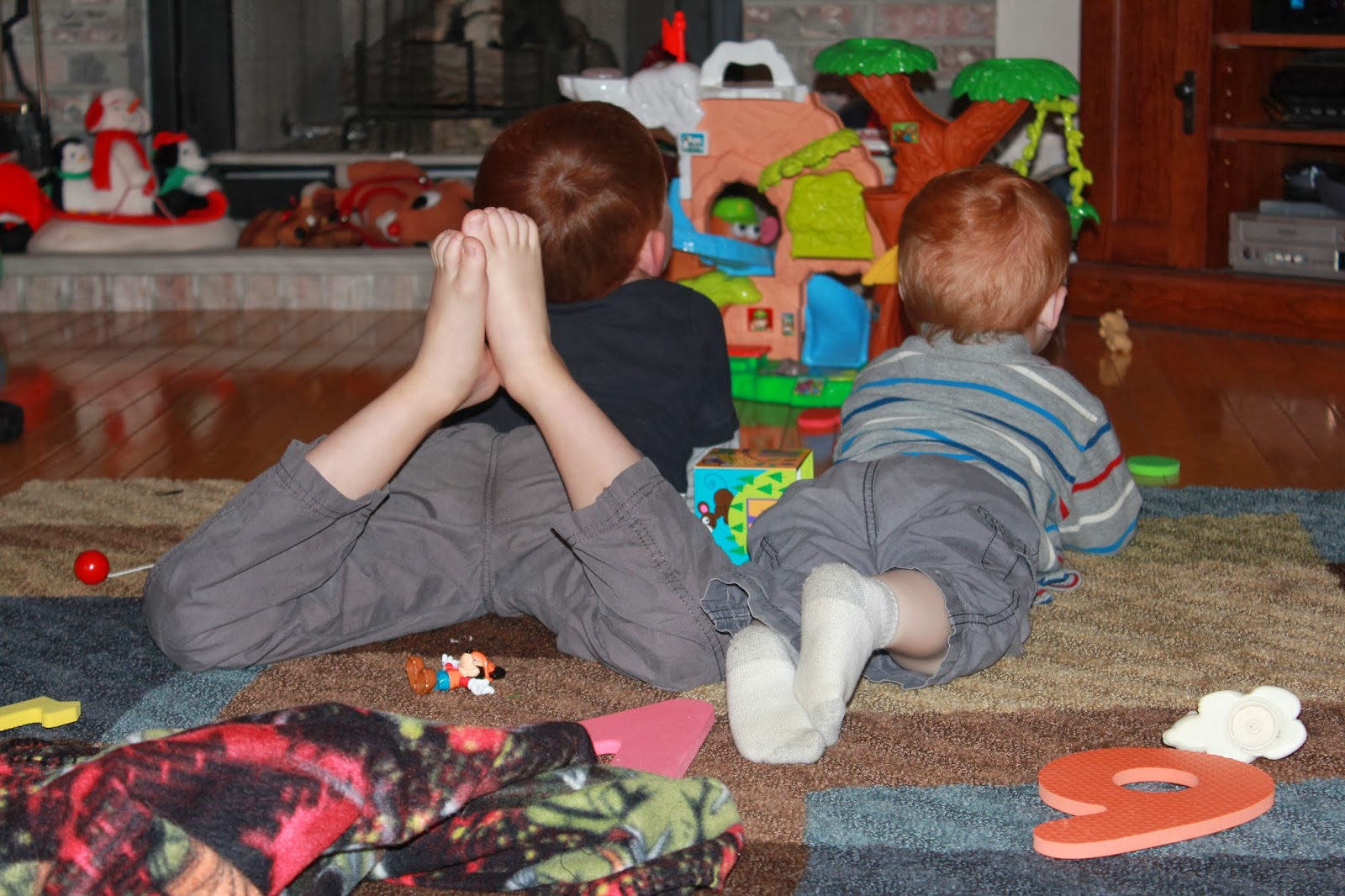 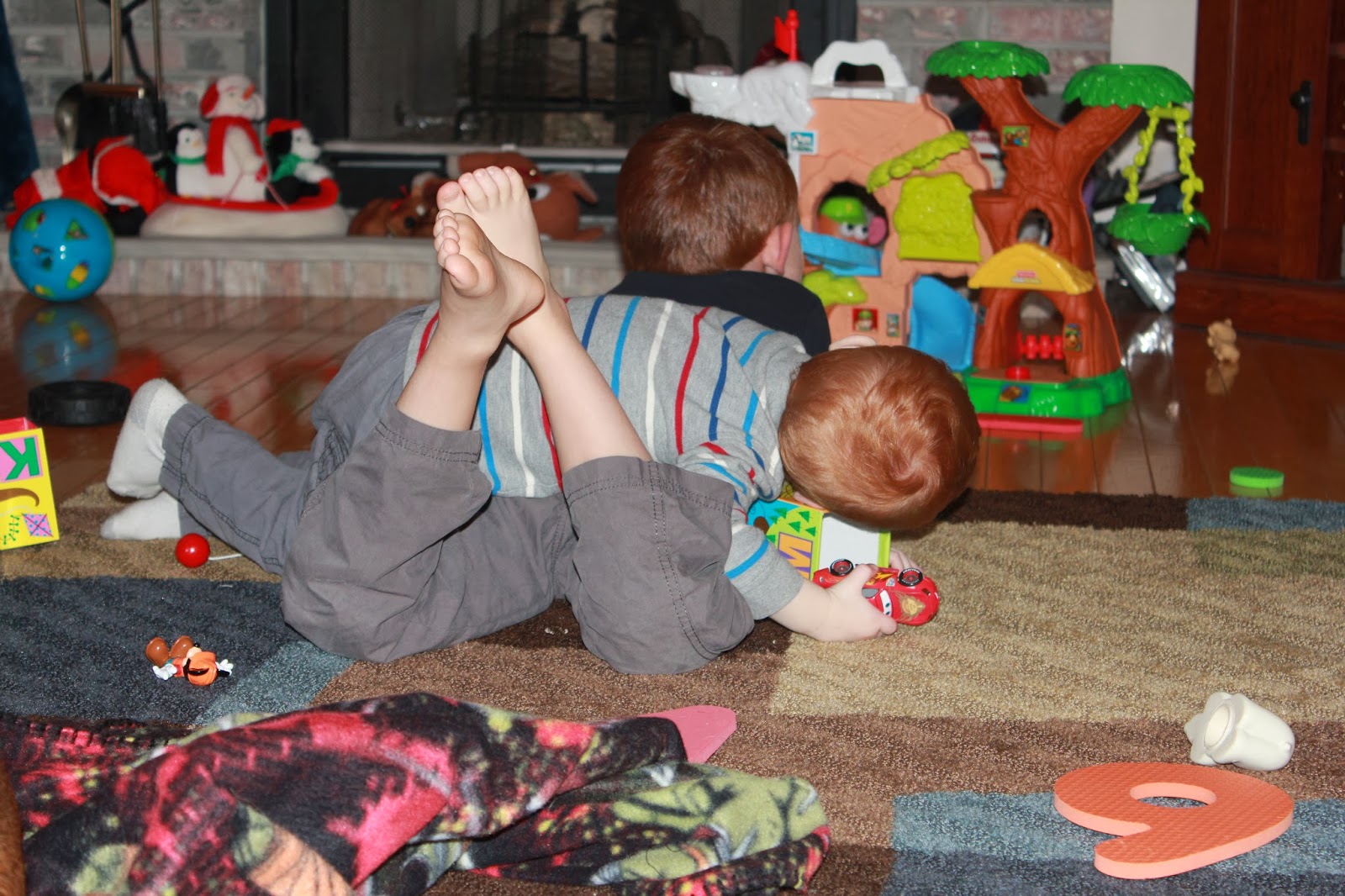