I don't even know what these alphabet blocks are actually called.  But they are great for many things.  You can lay them all out flat and make a road.  Or you can build a tower, turn it on its side and have a tunnel. 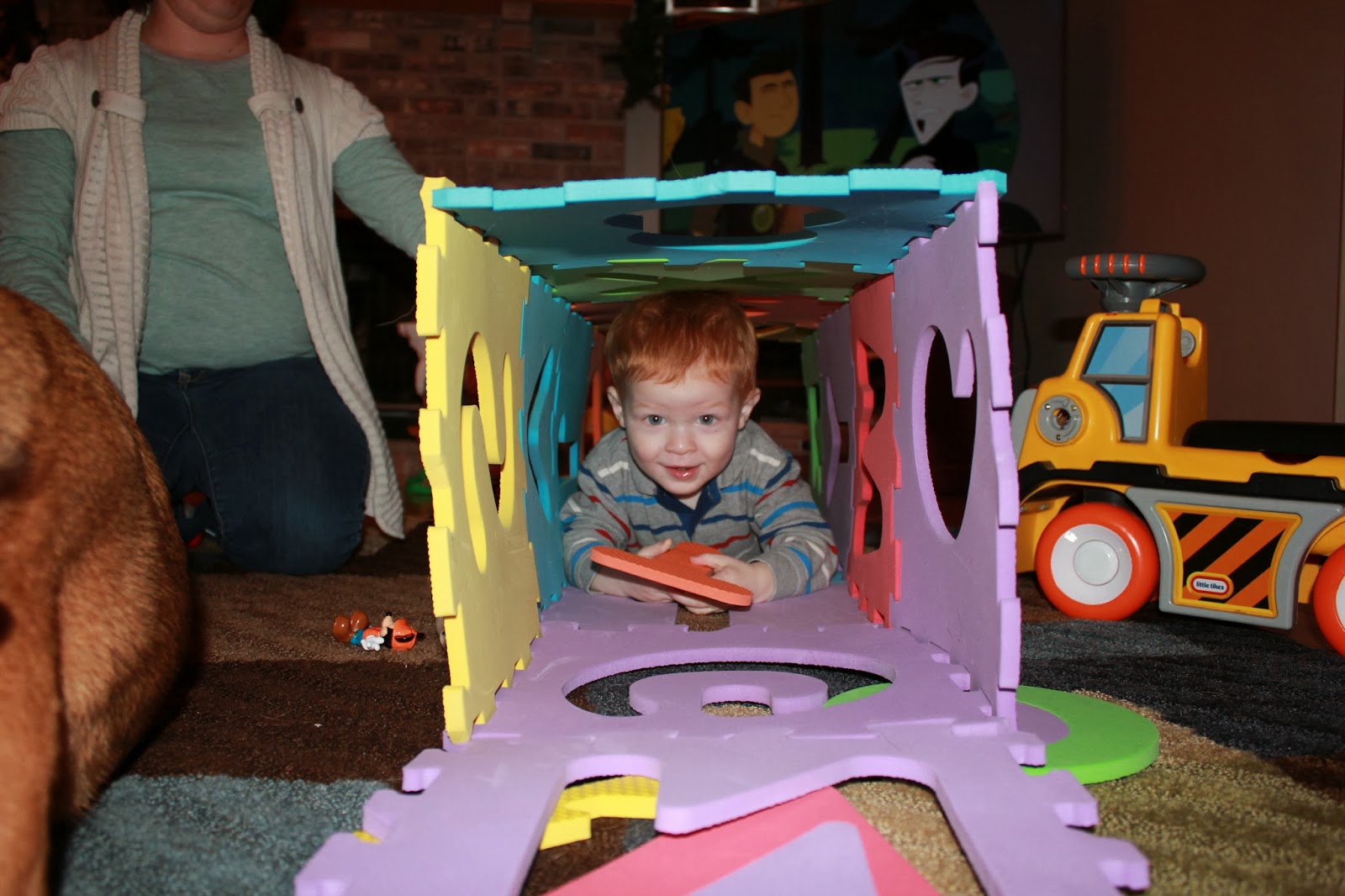 Here is Michael going through the tunnel. 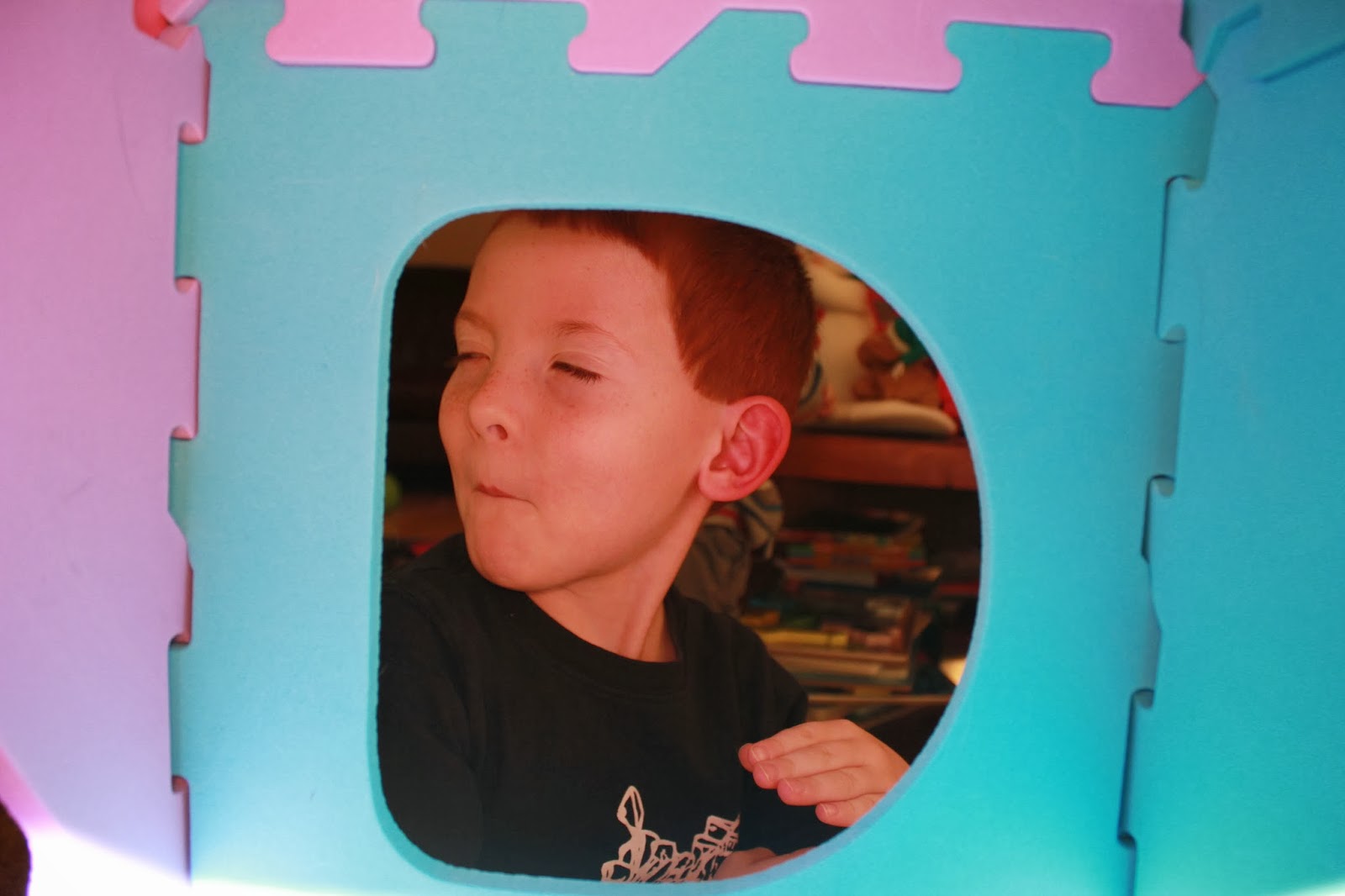 They are good for making funny faces through.  But you have to find the right letter.  Punch out the "D" and you're good to go. 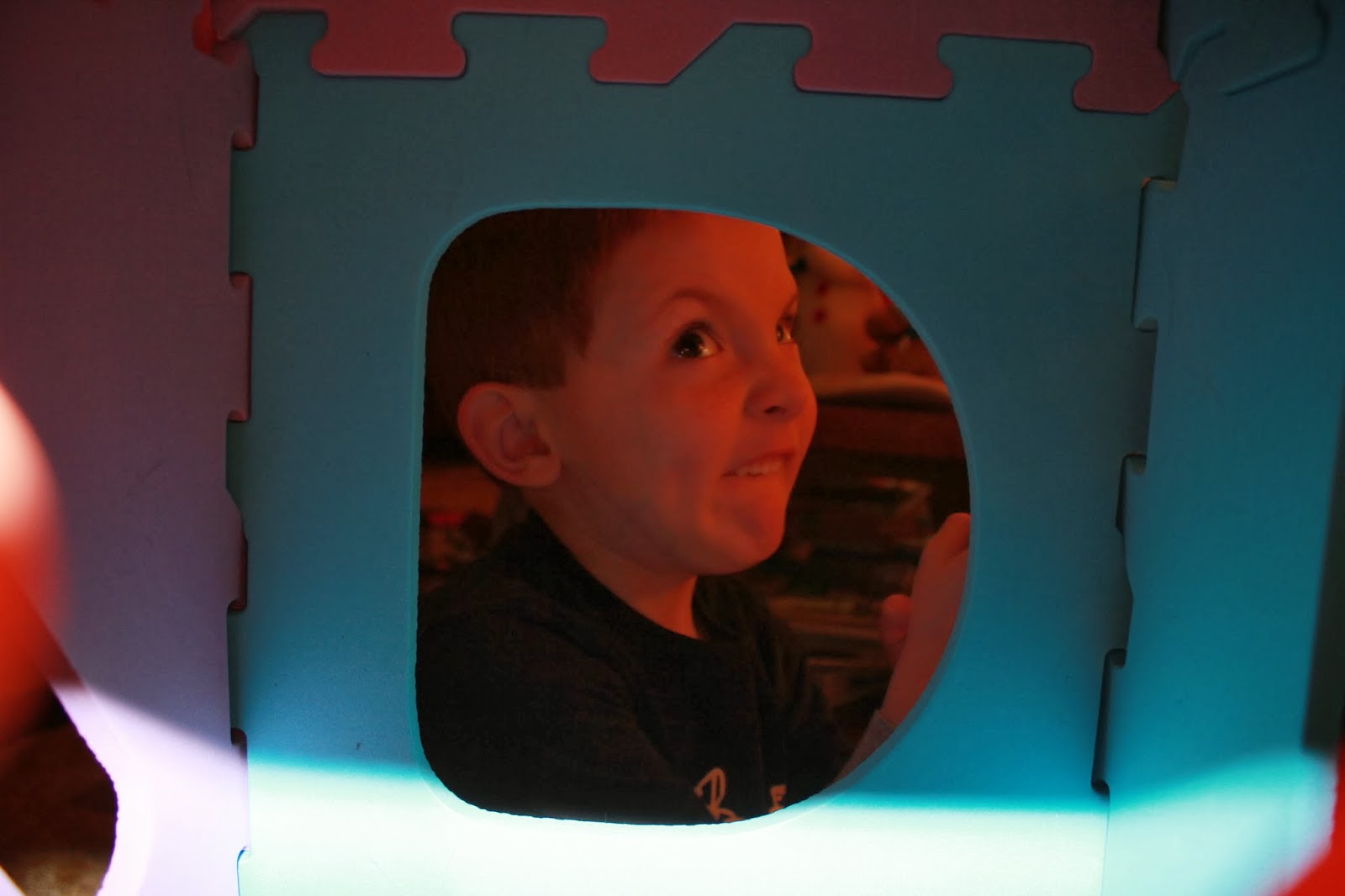 As long as the photographer can get the right angle and flash on you instead of the block! 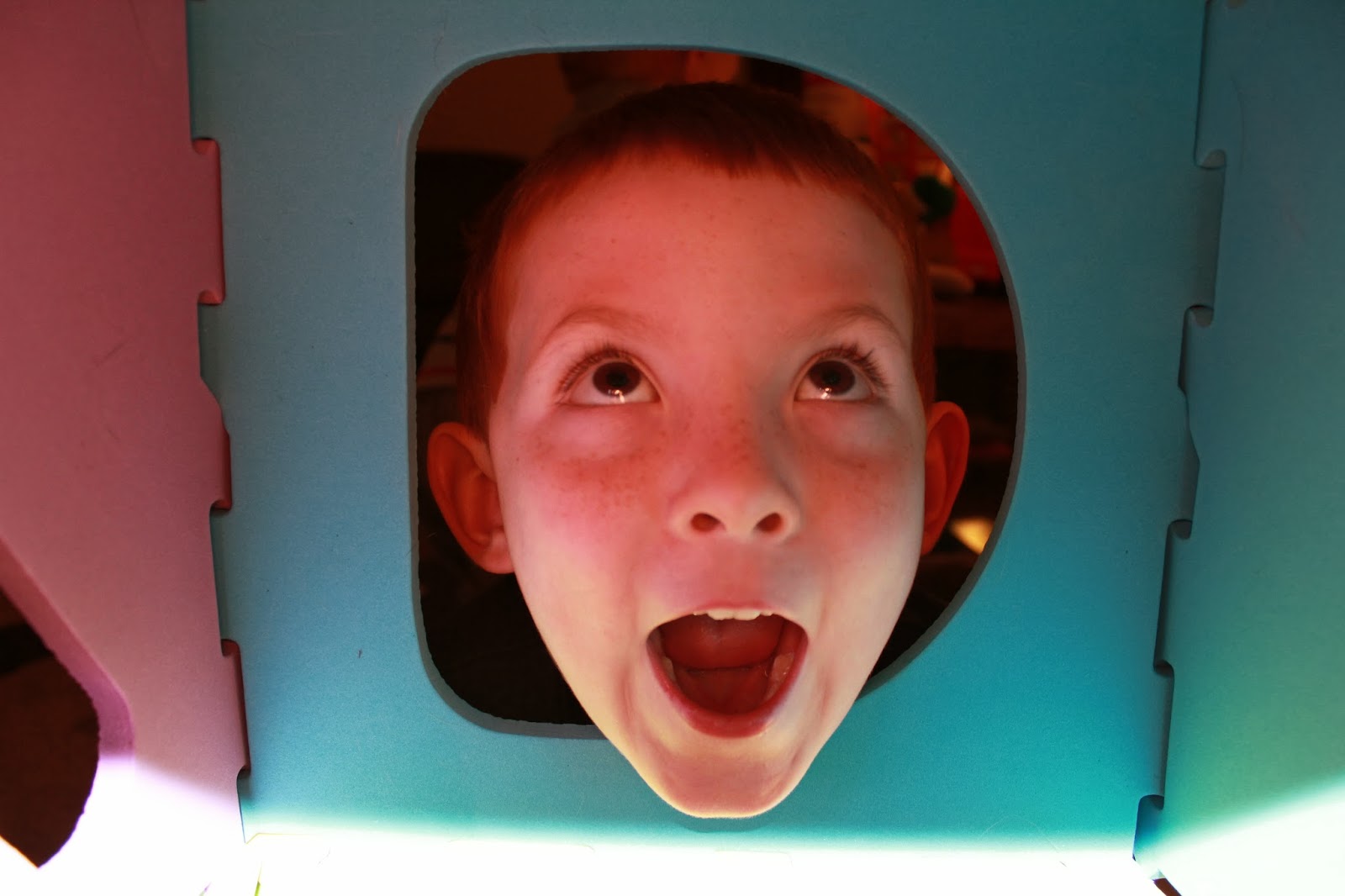 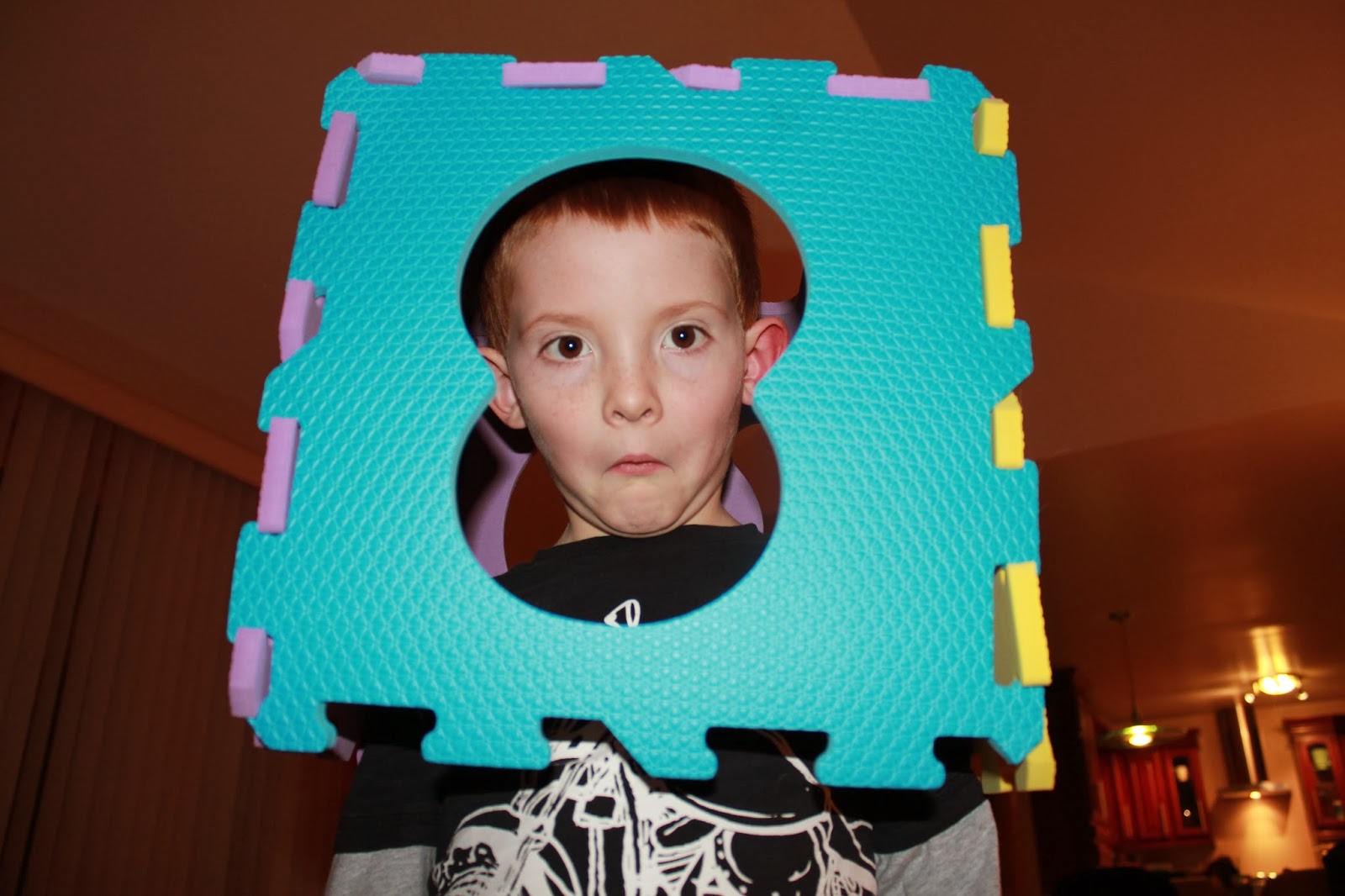 It's hard to get a regular pose out of John because he likes to make funny faces if he knows you are taking a picture of him. the "8" also makes for a good hole for your head. 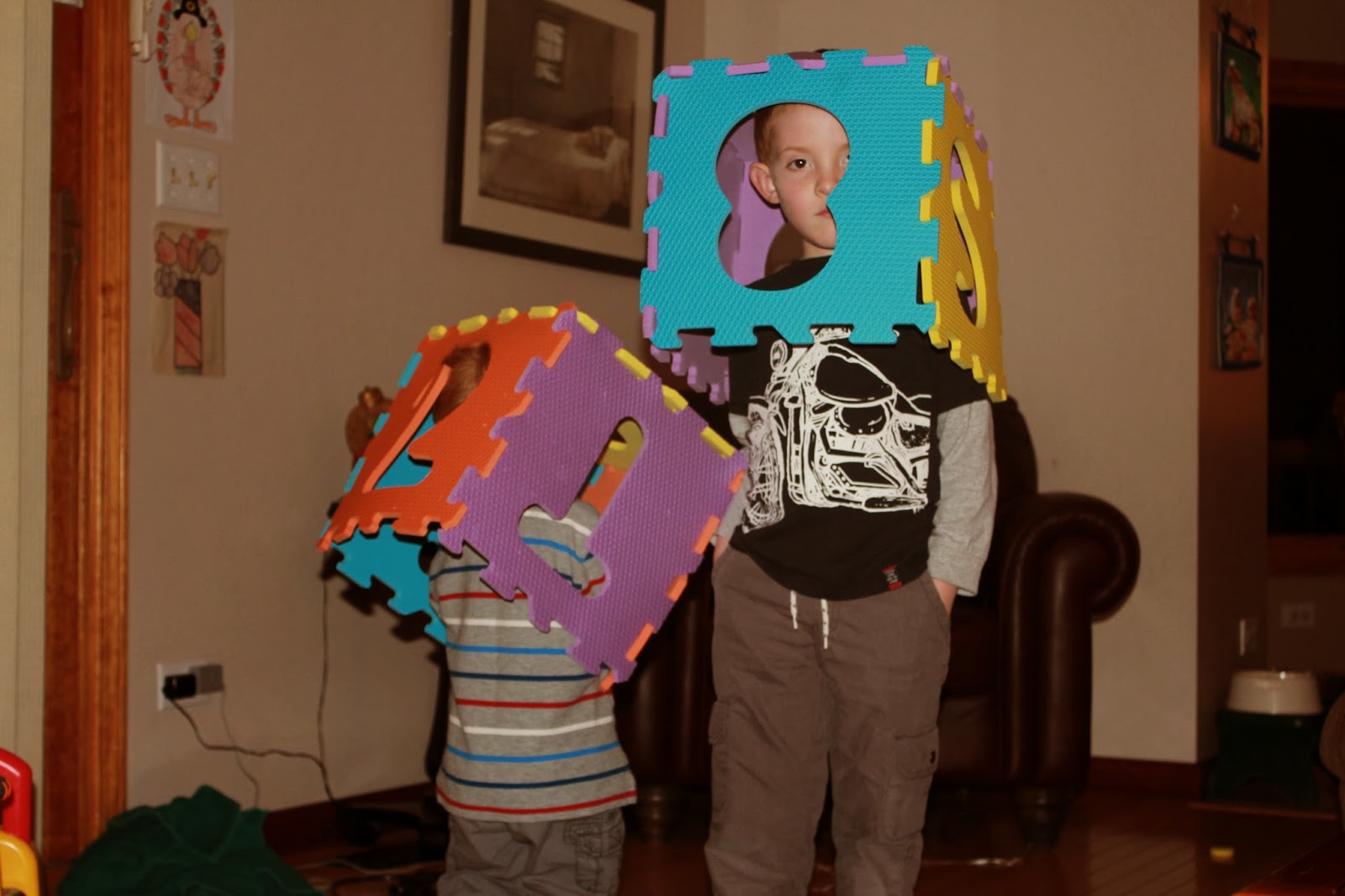 Just a couple of block heads! :) 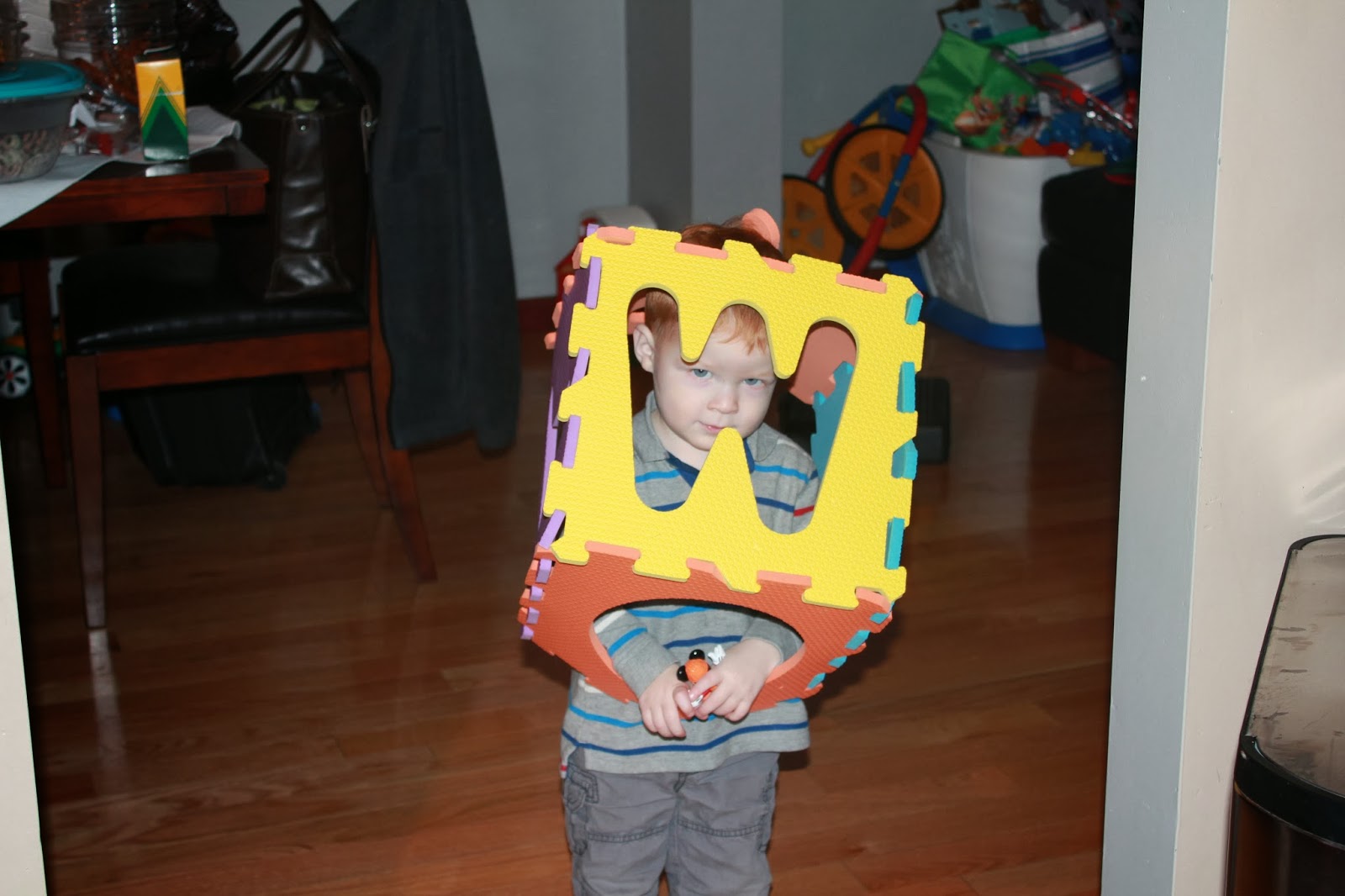 Michael walked around the house with this on his head for quite awhile. 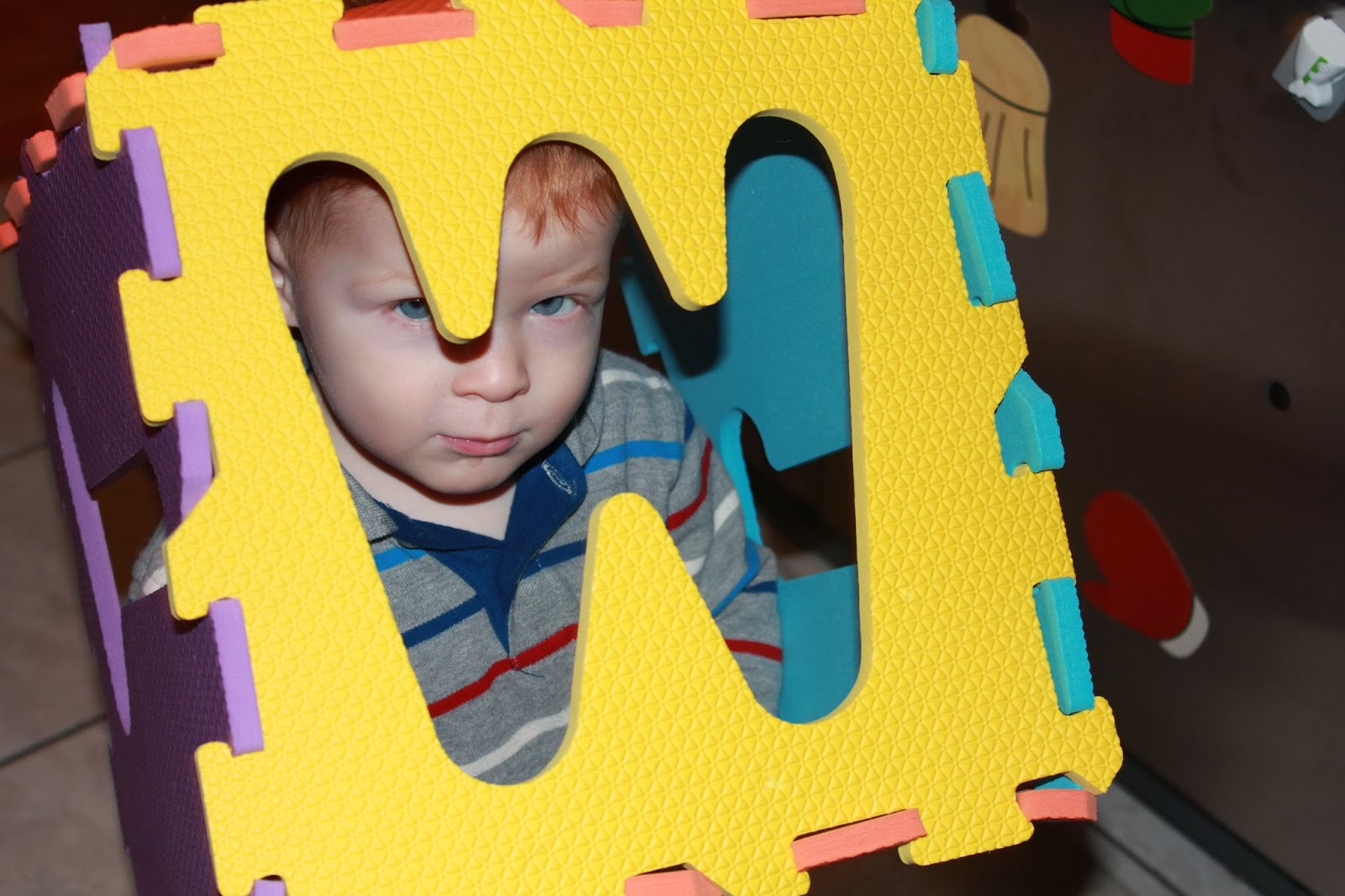 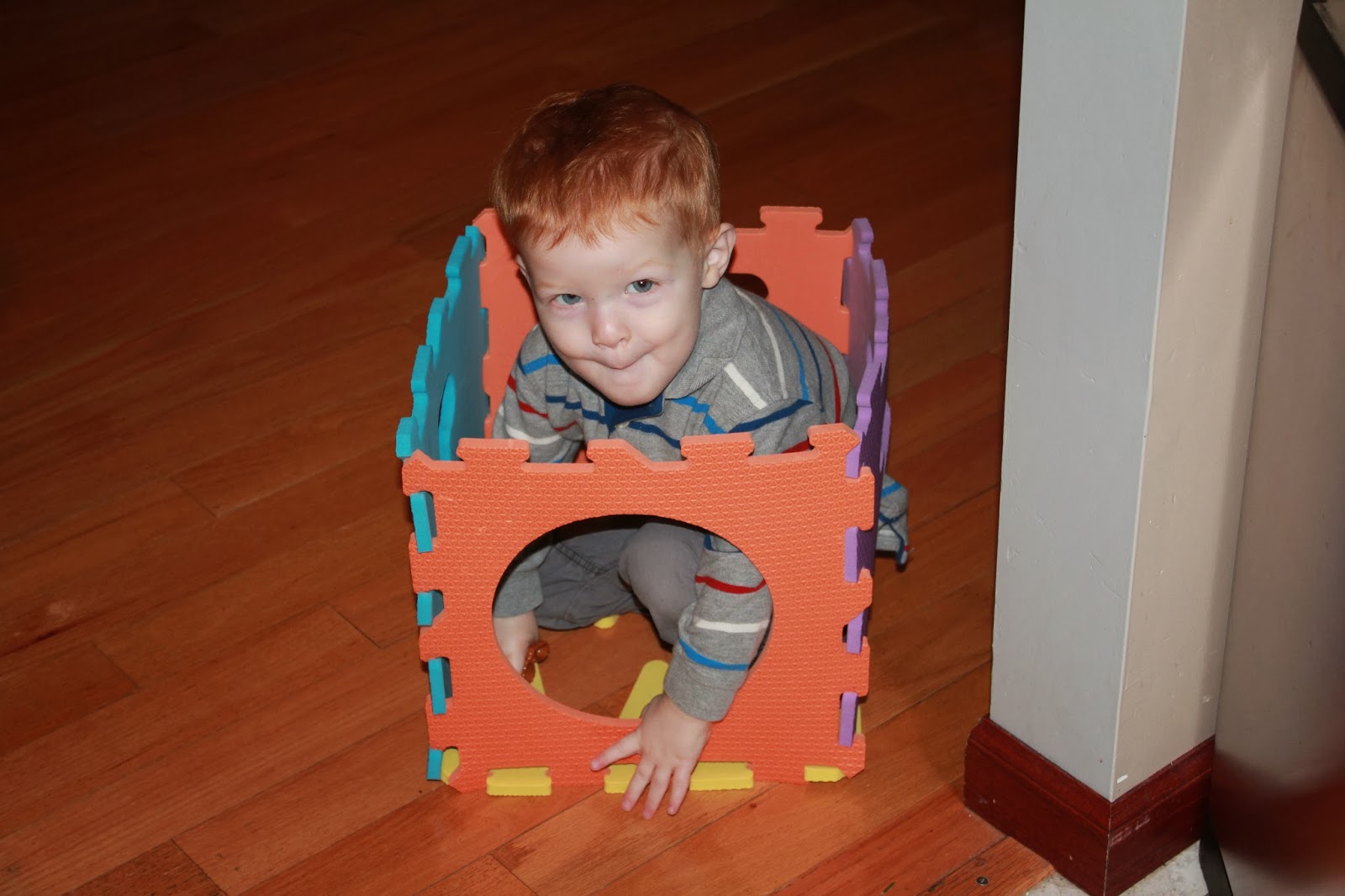 And then discovered that he could climb inside.  He was in the block for a good half hour but I had to keep putting it together because he doesn't quite fit and the back would eventually bust. 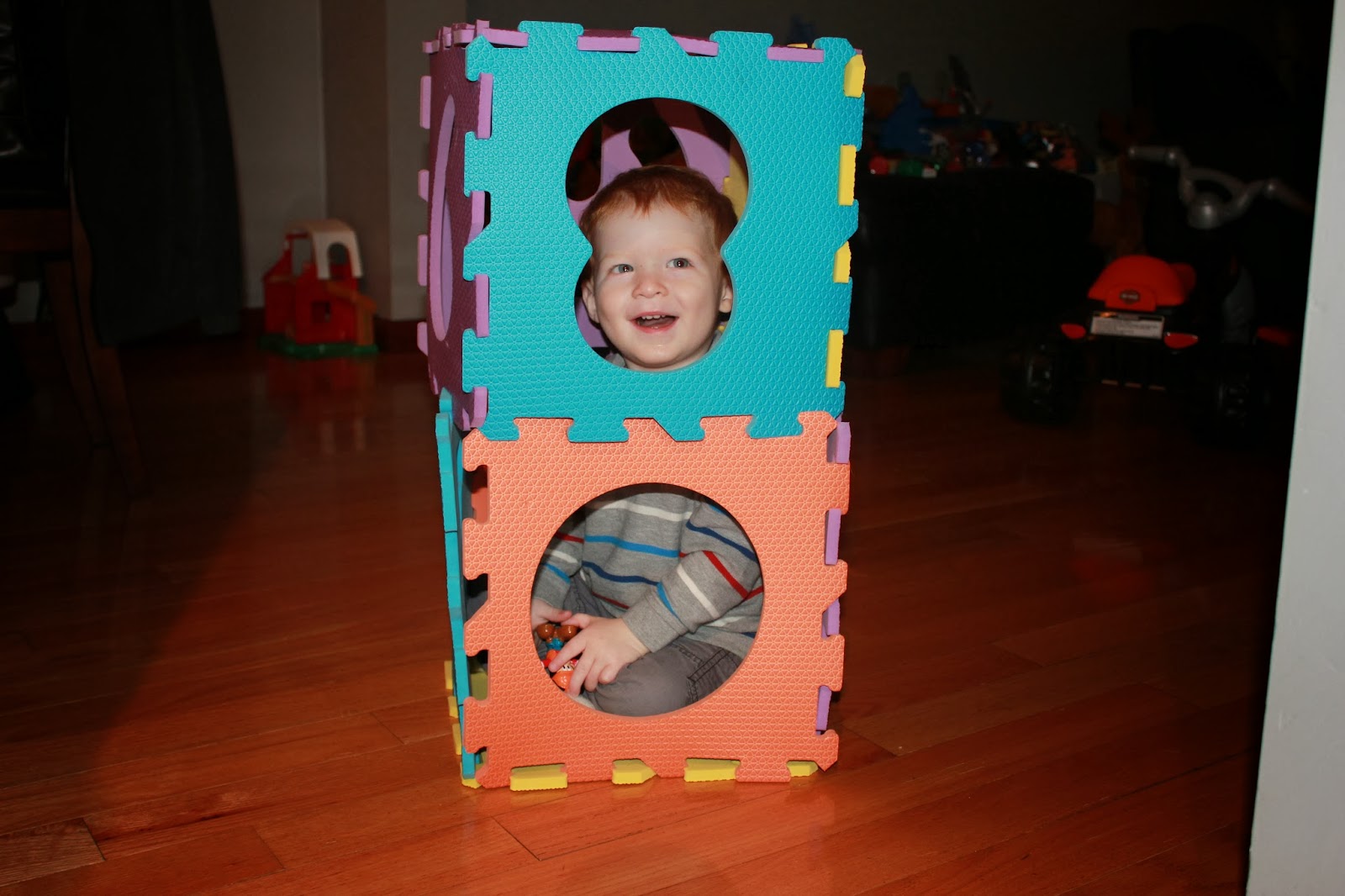 And he thought it was great fun when I put another block on top of him.  When that would fall apart he would say, "Again."
Posted by Teresa at 8:28:00 PM