A boy and his dog

I did a similar post about John and ZuZu in May of 2013, you can read all about it here.  ZuZu is such a good dog.  Some of the time, Michael ignores her as if she isn't there, but other times he really wants to play with her. 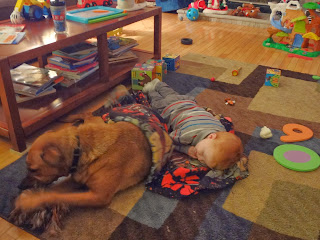 In these pictures, Michael is pretending to go night-night.  He wanted ZuZu to join him, so he tucked her in under the blanket.  So cute.  Obviously, she is not sleeping, but she contentedly played with her chew toy the entire time he played with her. 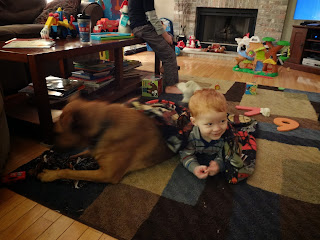 Then he got under the blanket with her. 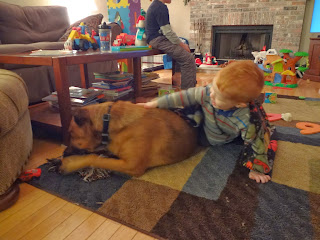 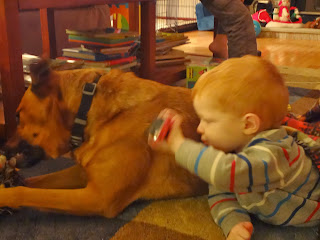 Driving his car on ZuZu, because she also makes a good road. 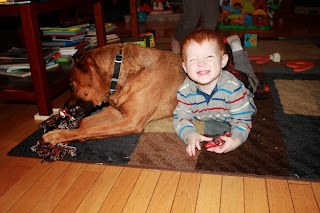 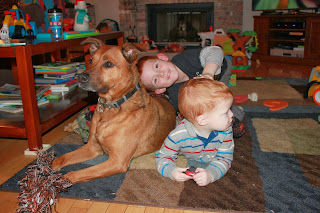 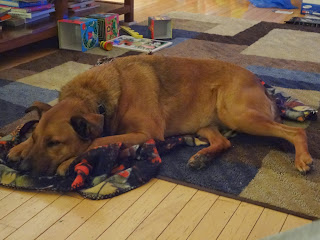 Later, I found ZuZu actually sleeping on top of the blanket.  She loves fuzzy blankets and if there is even a scrap of one on the floor she will curl up on it. 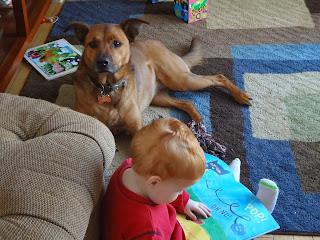 Michael reading to ZuZu.  This, of course, was right before he tore an entire page out of the book.

One day, Michael was talking to ZuZu and I realized he was trying to get her to come to the front room with him to see the Christmas tree.  It was so cute.  After a few minutes, he came back into the kitchen with a wrinkled brow and his hands in the "I don't know" position and said to me, "ZuZu no Christmas tree."  I asked him if he needed help and he said yes.  So, I had her follow me into the front room, had her sit by the tree, and Michael looked at the tree for a few minutes and then said, "WOW, ZuZu."  Oh my goodness, it was so cute!
Posted by Teresa at 4:54:00 PM