Snail Mail that is not a bill!

I got an envelope in the mail from my sister-in-law today.  I'll admit, at first I was a little confused because I wasn't expecting anything.  Isn't it sad that you never "expect" to get anything good in the mail?  But I eagerly opened it anyway, because it was from Ann, so I didn't think it would be anything bad!  And here is what I found: 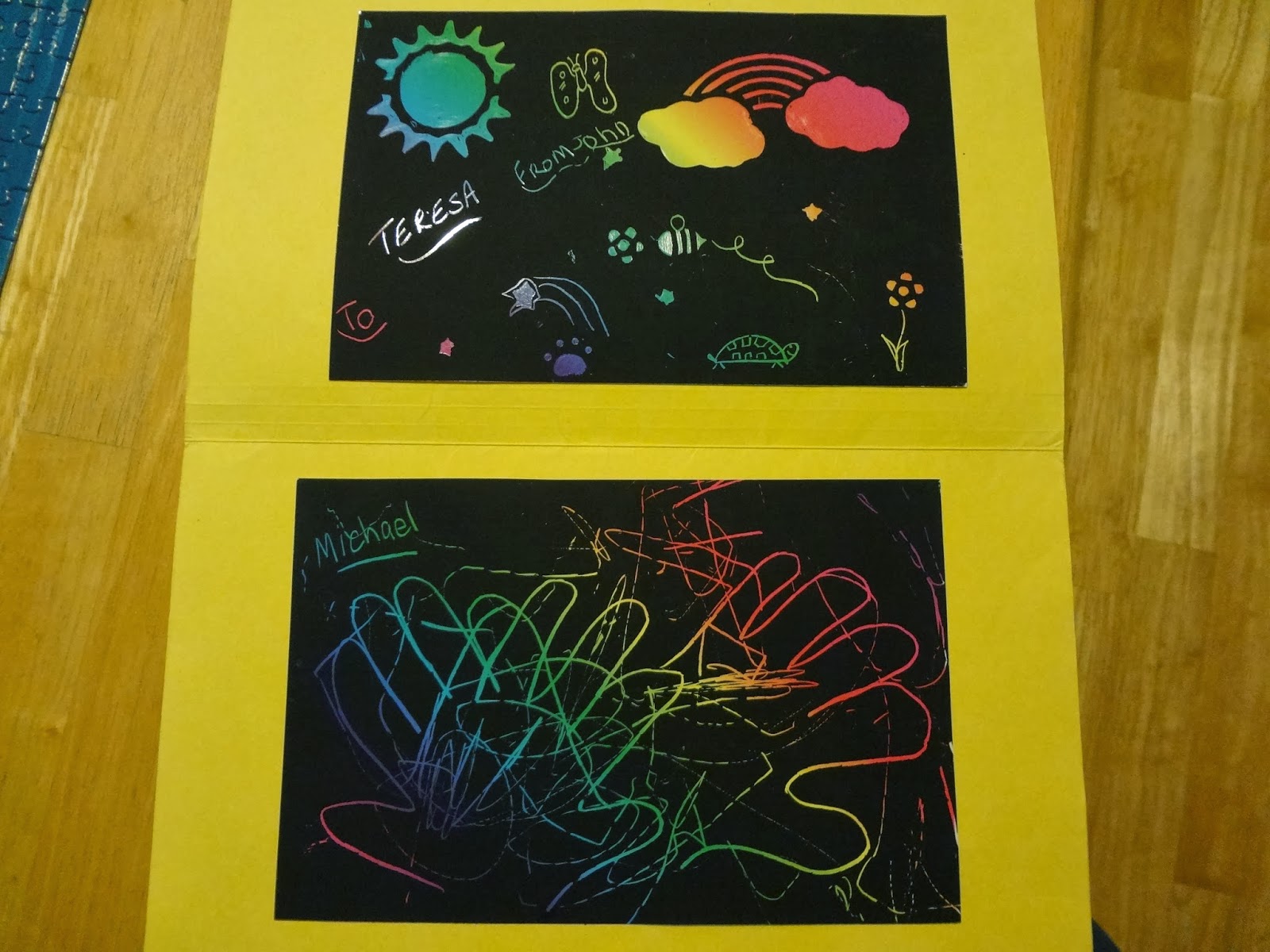 Artwork from both of my nephews!  John got this paper for Christmas and I think I was more excited about it than he was.  The day I was leaving, I finally got him to sit down and work on a page with me.  The kit he got even came with stencils so it was even more cool.  When we were finished with the picture, he gave it to Grandma.  I tried really hard not to be jealous or claim it as my own, since I had worked on it too! :)  I asked John if he would work on another one for me, but he was tired of doing art and wanted to do something else.  So, I suggested that it would be fun if he made me one sometime and sent it to me in the mail.  And that is what I got today!  With a bonus picture from Michael.  Michael is very into tracing hands right now :).  And if you look closely at John's picture, you can see he drew a turtle.  I haven't gotten a single piece of artwork from him that hasn't included a turtle in several years.  Because he knows I like turtles.  And I might add, he is very good at drawing them!

Thanks John and Michael!  You made my day!  Snail mail from my nephews will definitely go into my blessings jar tonight!
Posted by Teresa at 3:38:00 PM