This was the first Christmas Eve since John was born that I have been able to go to Grandma's house, so I was really excited. And I made some really good memories! 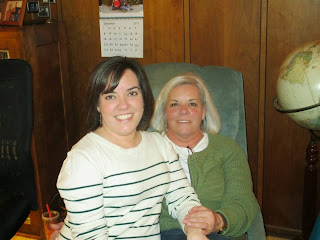 I love this picture of me and Mom.  I definitely need to frame it! 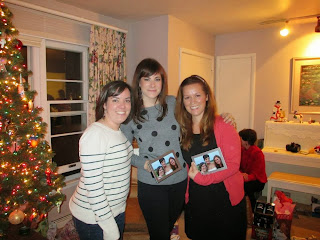 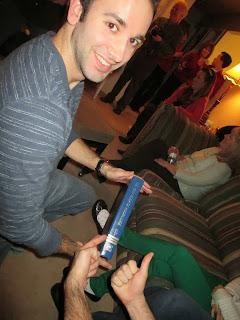 Every year, Dan, Meg, and Dan randomly pick one of the encyclopedia's off the shelf.  This Christmas was brought to you by the letter "P". 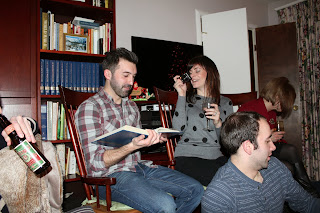 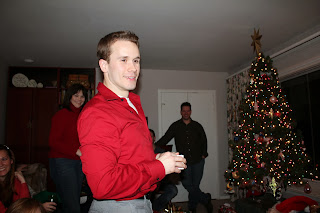 Jake, the Master of Ceremony, for our gift exchange.  We purchased real gifts but open them White Elephant style.  Jake used cards to determine who got to choose first. 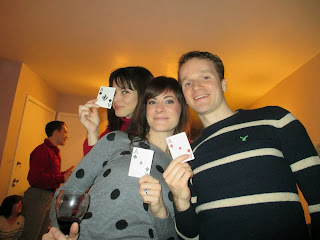 All four Aces were picked (Margaret did not make the picture).  Spades always went first and then diamonds, so Mary and Nate were safe.  But if clubs and hearts were both chosen... 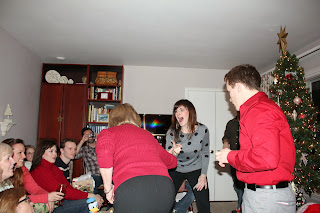 Then you had to battle rock, paper, scissors style.  Mom against daughter, to the death! present! 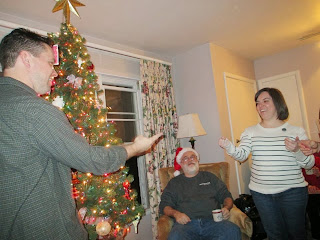 And then a brother/sister battle.  I won, in case you were wondering! 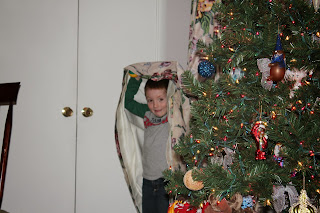 John playing peek-a-boo behind the curtains. 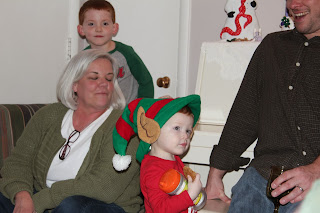 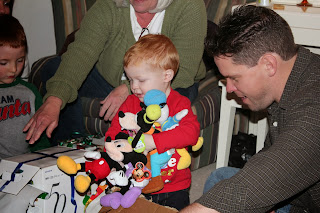 How many Disney characters can you hold in your hand at one time?! 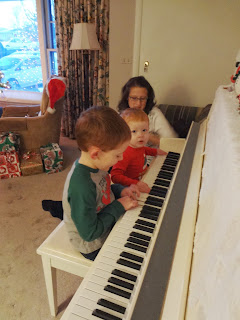 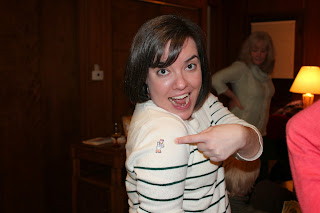 Doesn't a Daisy Duck sticker make you this excited? 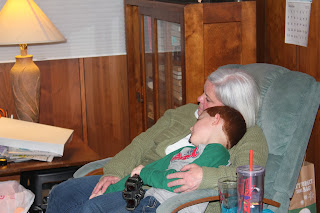 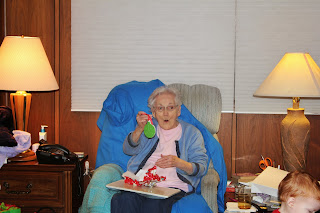 Ann doesn't know Grandma's rule about not taking her picture!  She was opening John's ornament that he made.  I also didn't obey the rule not to post it on my blog! 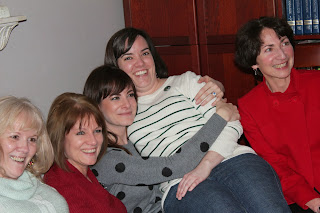 All the girls cuddling on the couch. 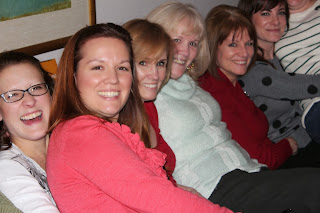 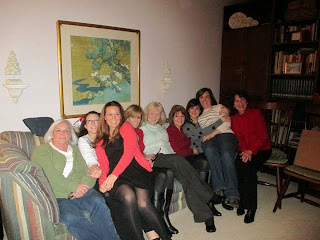 But we tried.  Tricia has a picture of us on the couch from years ago and wanted another one.  I think we probably should have organized a little better.
Posted by Teresa at 6:04:00 PM