Snowball fight and other games!

For the last couple of years (we debated this year how long we've been doing this) New Year's Day has been a day to get together and play games. For almost the whole day (this year we got together from 11am to about 9pm).  Last year, Ginger came up with some Minute to Win It games so the kids could play with us. 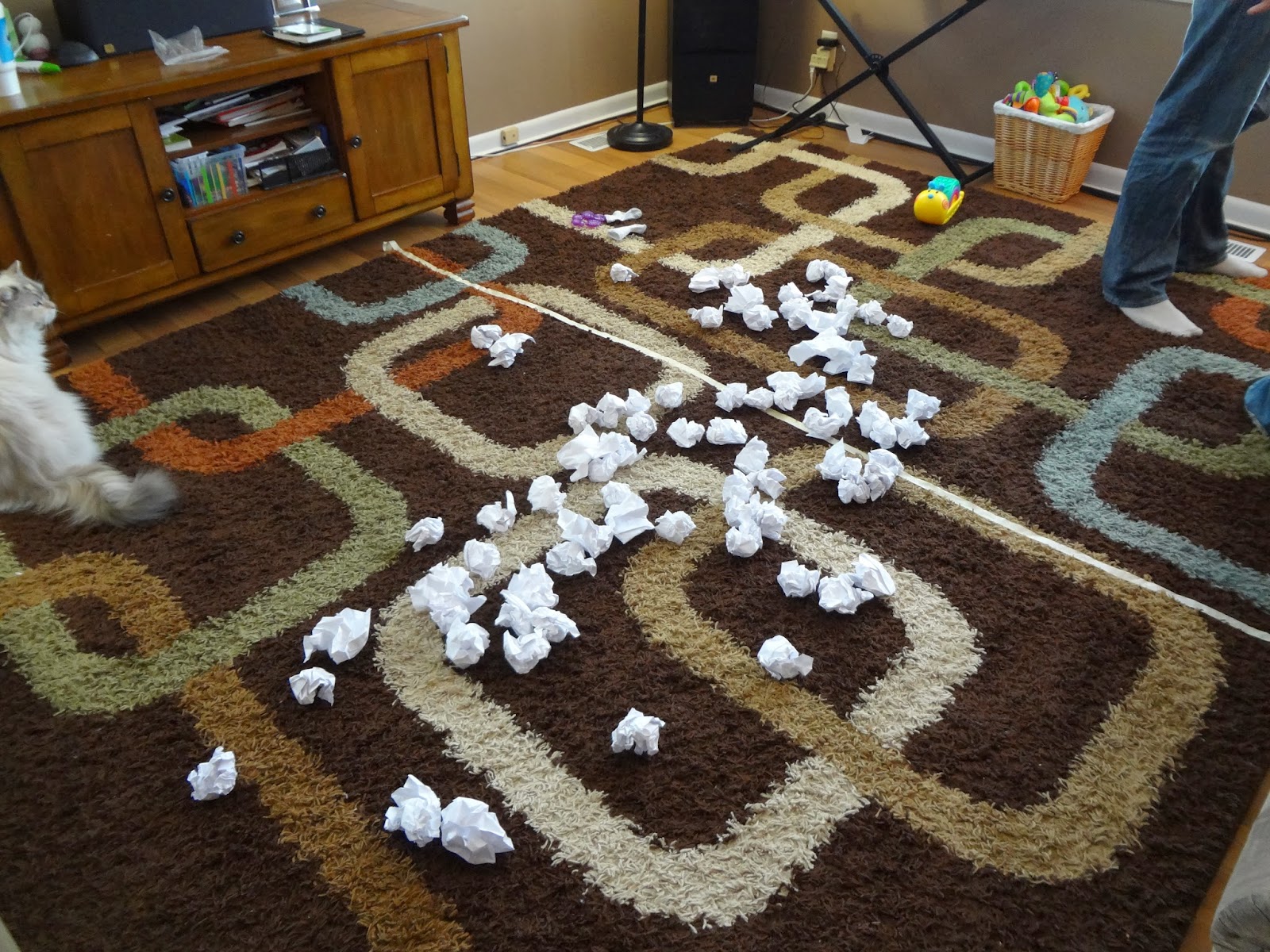 The snowball fight was so fun, we did it again this year. 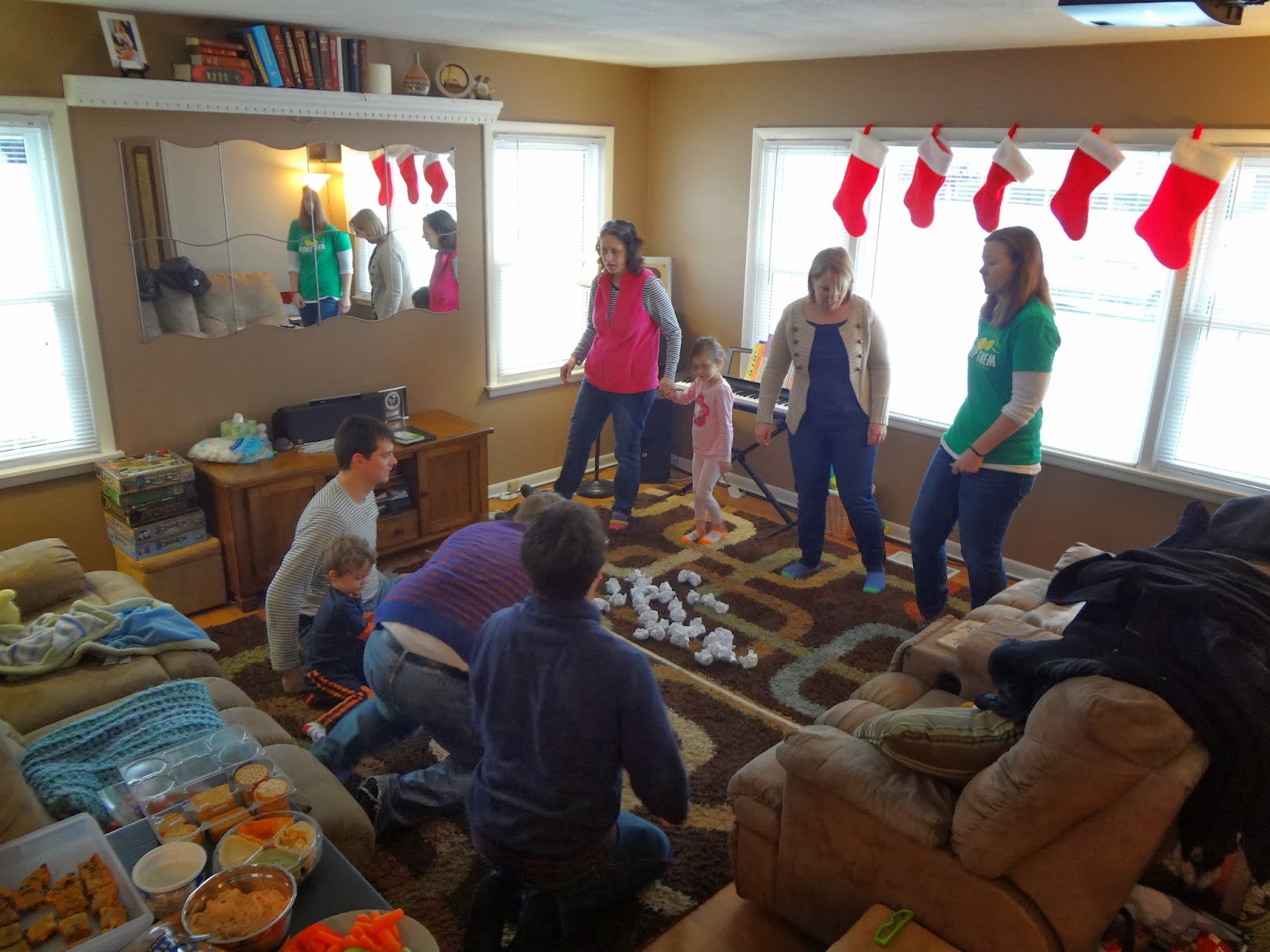 We played boys against girls. 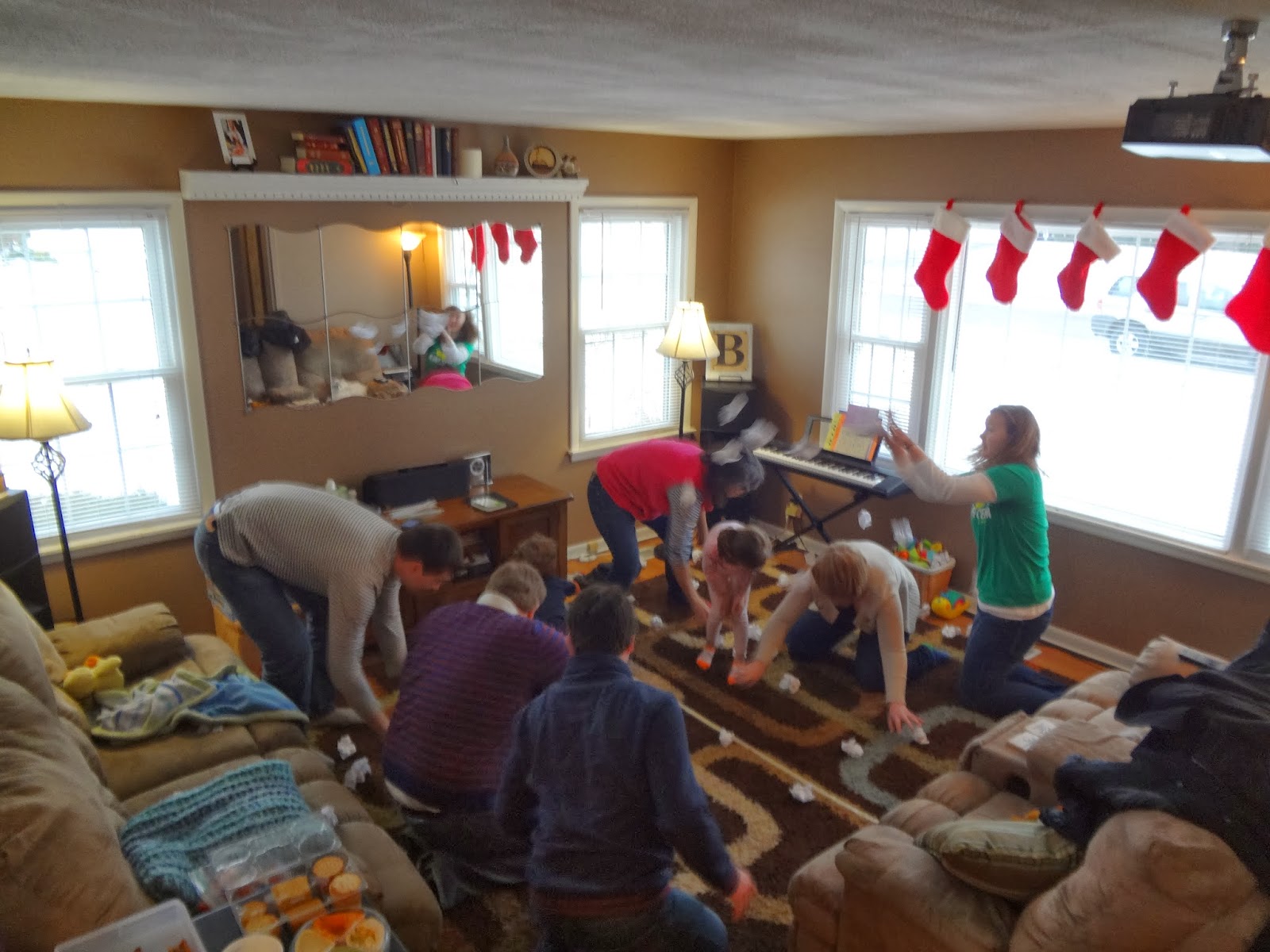 Basically, you have several minutes to throw snowballs at each other.  Whoever has the most snowballs on their side at the end of the time loses the game. 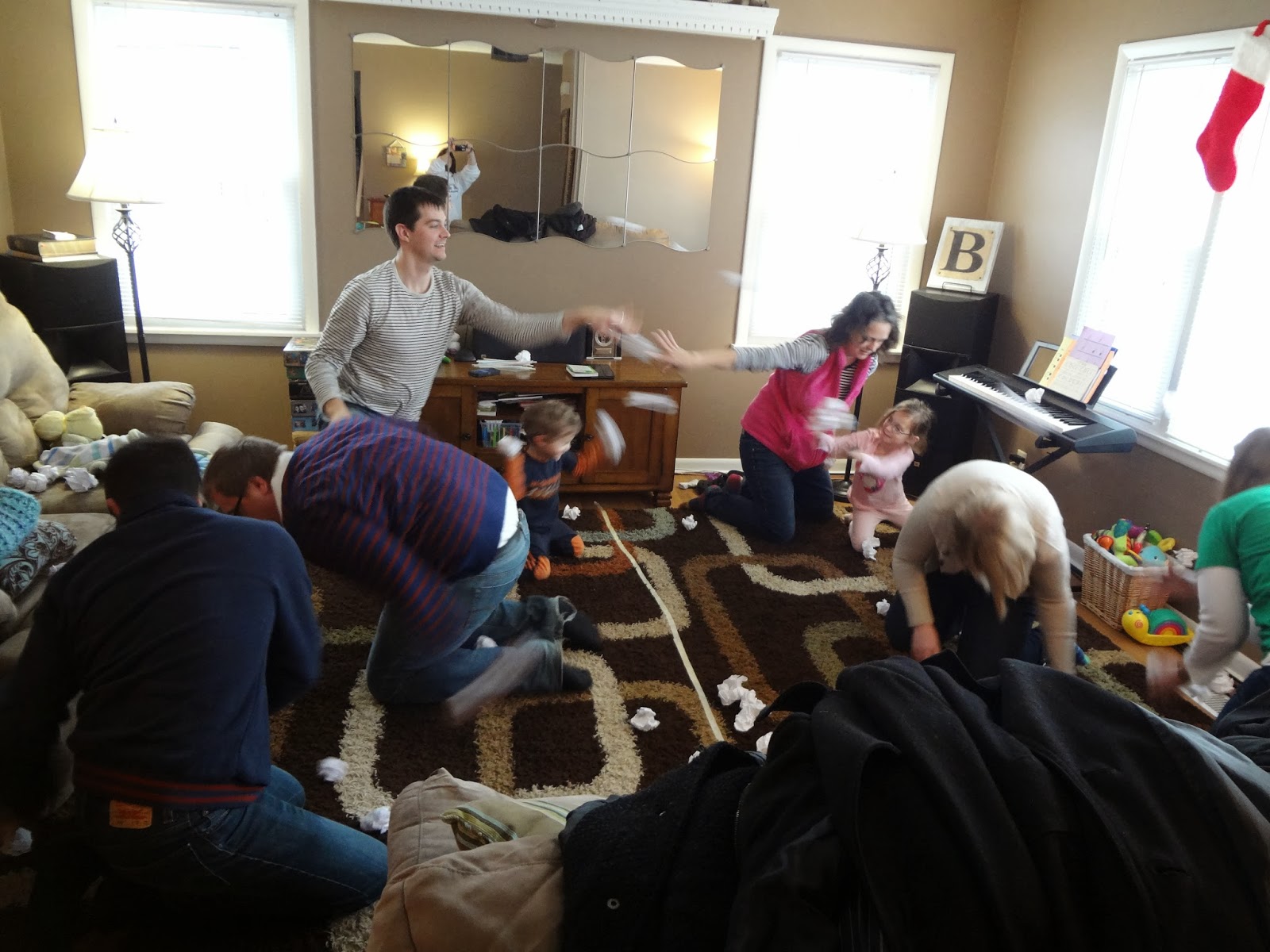 It was fun to watch because it is gets pretty intense when you're actually playing. 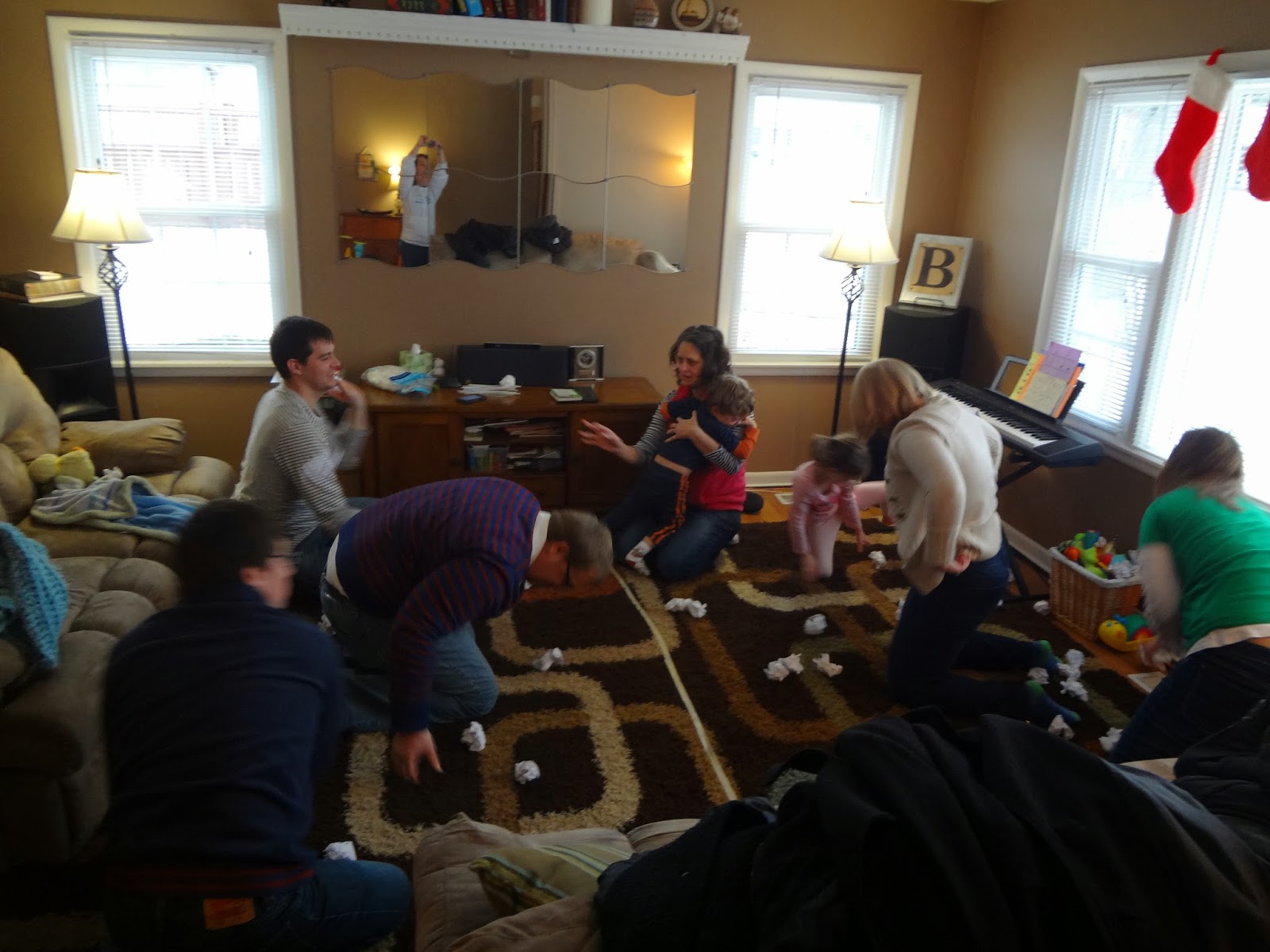 It's all fun and games until someone gets hurt.  Notice Hudson in Ginger's arms.  She may have hit him in the face when she was throwing snowballs.  If it makes you feel better (because of the crying kid, and all) the guys won.  Even when I joined and it was 5 to 4, they won the second game too. 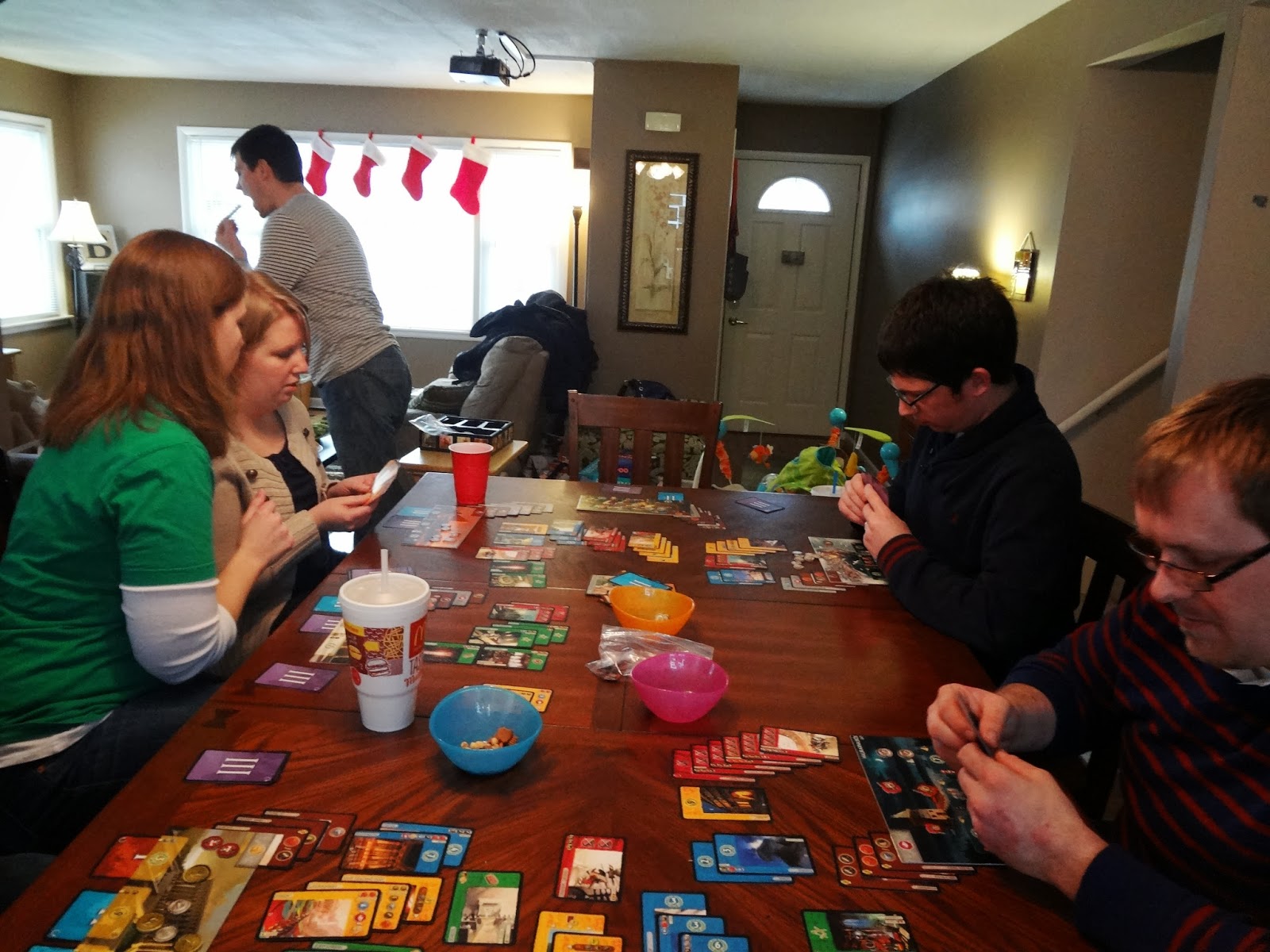 Then we moved on to "adult" games.  We played 7 wonders for most of the day, although others joined us for a couple of hours so we also played Wits and Wagers.  Did you know that the Happy Meal is the same age as I am?  I did, so we won 3 tokens!  We also "graze" from a buffet of food all day (notice Joe in the background! 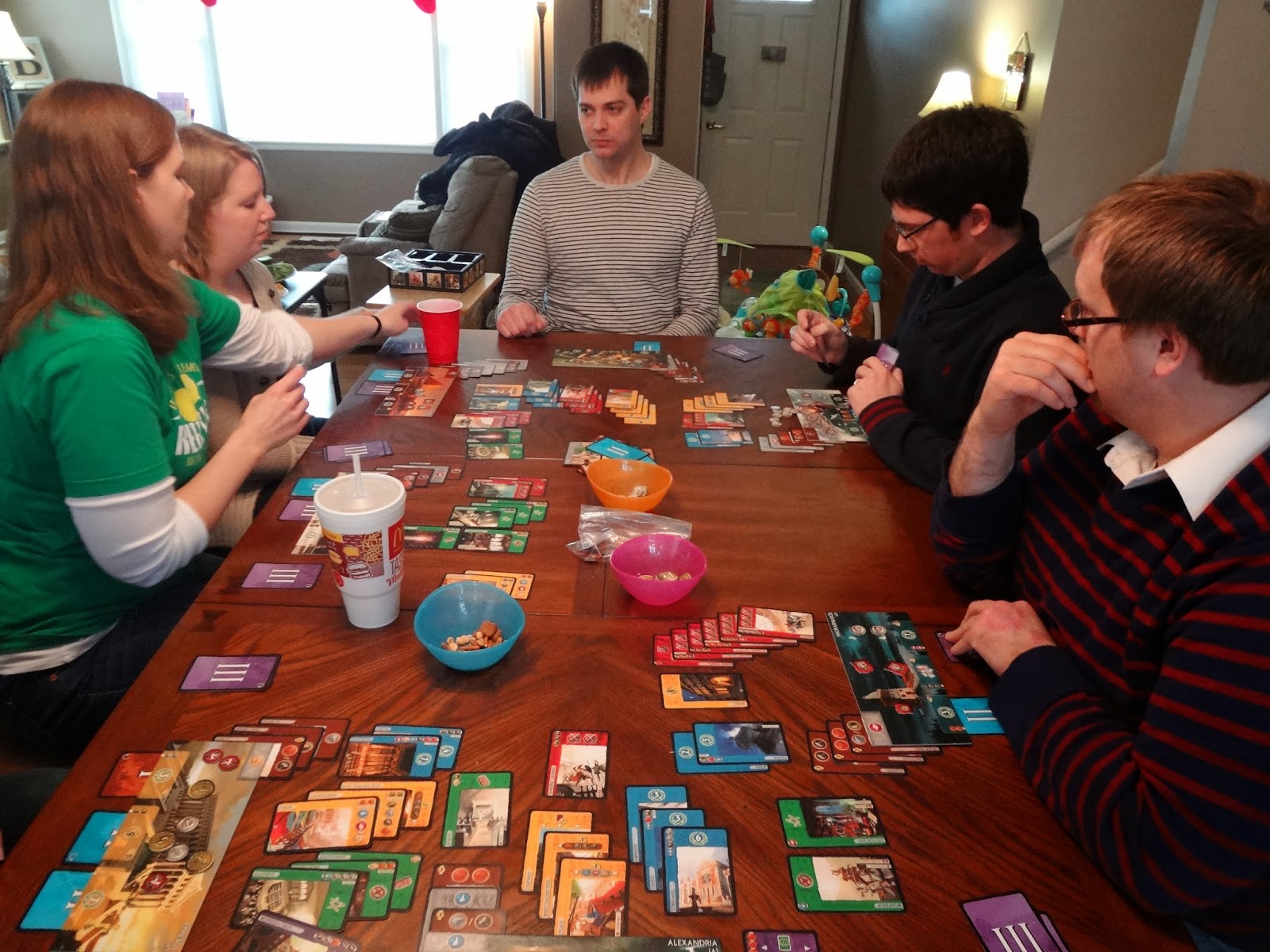 It is great fun and a day I looked forward to because I remembered how fun it was the year before.
Posted by Teresa at 5:26:00 PM