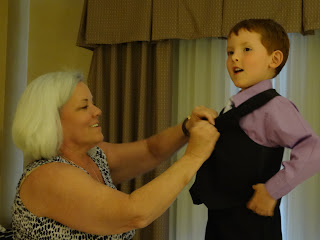 John was the ring bearer and pulled a wagon with the flower girl and Michael in it.  John looked so incredibly cute in his vest and tie.  However, he was not so sure about all this wedding stuff, getting dressed up, etc.  At one point in time he said, "What's the big deal about weddings, anyway?!"  It got a good chuckle from all the adults. 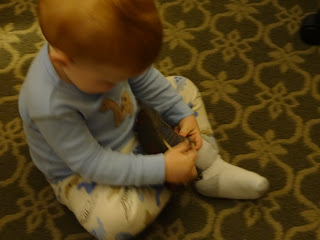 Michael figured his pajamas were a good enough outfit and was trying to get his shoes on. 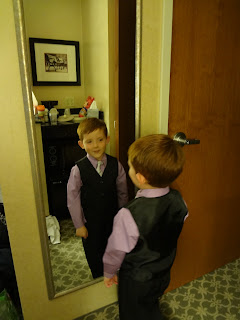 We were still trying to convince John that he looked very handsome, spiffy, wedding-tacular (insert as many adjectives as you can think of in order to get him to buy into wearing a tie and shoes that were uncomfortable).  We did get a smile out of him, even if he was still skeptical. 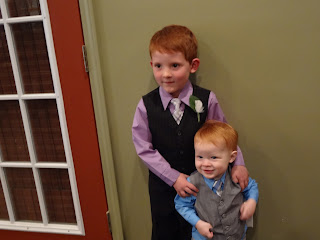 Have I ever mentioned that I have the two cutest red-headed nephews ever?! 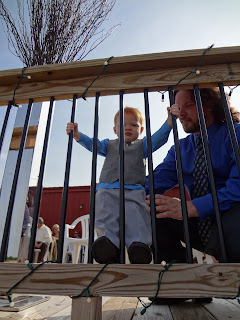 Michael apparently doesn't let much stop him in his quest to explore the world.  "The railings on the deck?  I can conquer these!" 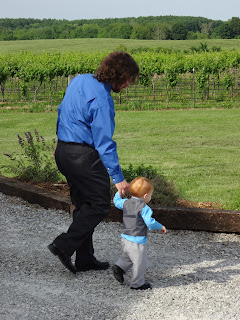 Occupying the boys time while waiting for the ceremony to start.  I love watching my brother be a dad. 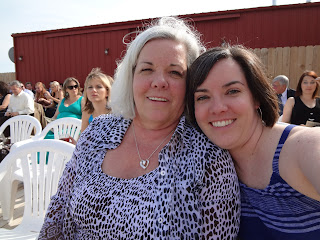 Self-portrait success.  Just me and my mom. 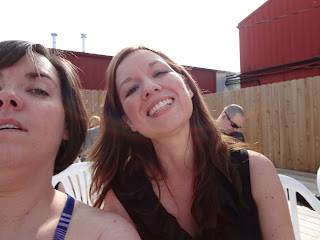 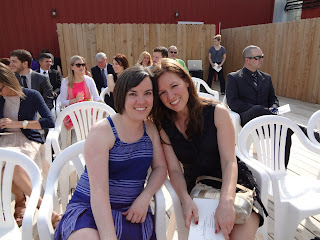 I finally handed over the camera and let my aunt take our picture.  Sometimes its hard to believe we used to have sleep overs at Grandma's house when we were little...