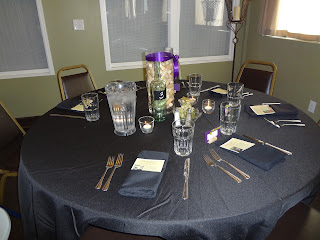 Here is our table.  Meg did a great job with table decorations.  The centerpieces were vases full of wine corks.  The table numbers were on chalkboard paint on empty bottles. 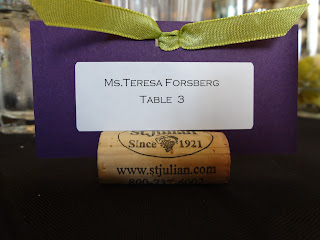 And these were our table assignments. 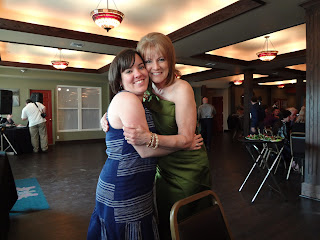 Aunt Margaret, mother of the bride.  She looked so beautiful! 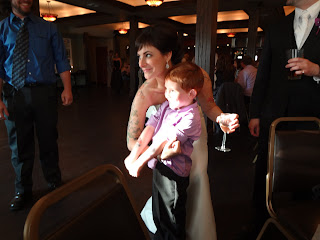 John loves Meg, partly for her tattoos.  He had his own tattoos applied before the wedding so he could match her! 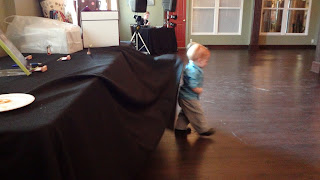 Michael entertained himself by playing under the gift table.  :) 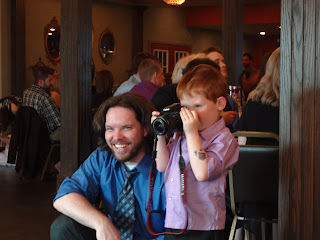 John, the budding photographer.  Chris is a great Dad.  I'm not sure I would let my five year old walk around with my very expensive camera. 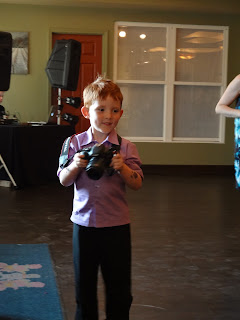 He thought he was cool stuff! 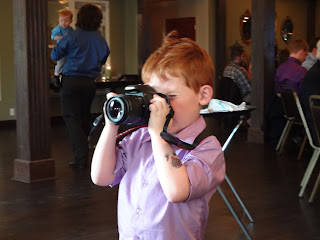 He actually got some really good pictures.  He probably had the camera for a half hour and he was constantly clicking.  I'd like to know the exact number of pictures he took! 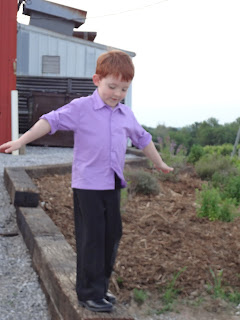 I took him outside for awhile to play.  He enjoyed this "balance beam."  I felt like I was in Dirty Dancing.  You know the scene with the fallen tree over the creek... 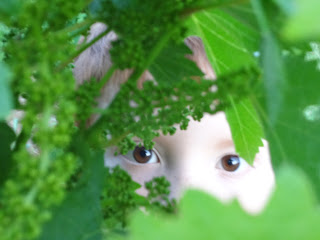 This picture is kind of creepy, but John and I went to see the grapes.  John was peeking through some vines. 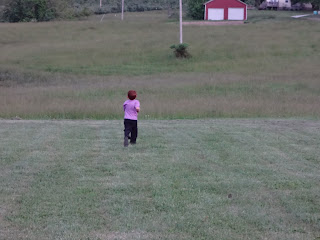 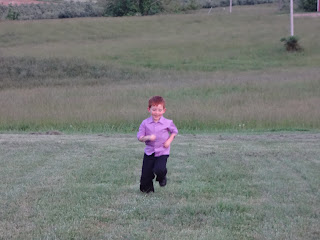 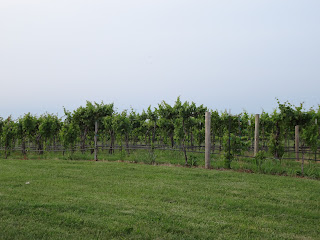 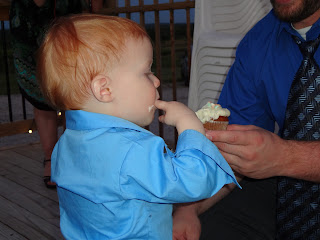 Michael ate the frosting one finger-tip dip at a time. 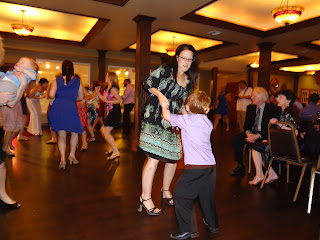 John had his dancing shoes on!  When we were getting ready for the wedding he asked me, "Aunt Teresa, do you have your dancing shoes on?"  And I said, "Bummer, I think I left them at home."  And he said, "That's okay.  You can wear any shoes to dance in!"  Ann requested "Who Let the Dogs Out" for him.  He was so excited.  My brother took a video.  We were laughing so hard.  Plus, Michael loves to dance.  I didn't take any pictures because he is VERY serious when he dances and you wouldn't be able to tell from a picture that he is actually dancing.  Chris also got a video of this.

And this concludes the four part wedding mini-blog.  I hope you had fun getting a glimpse into the Vana/Griffin wedding extravaganza!
Posted by Teresa at 8:03:00 PM